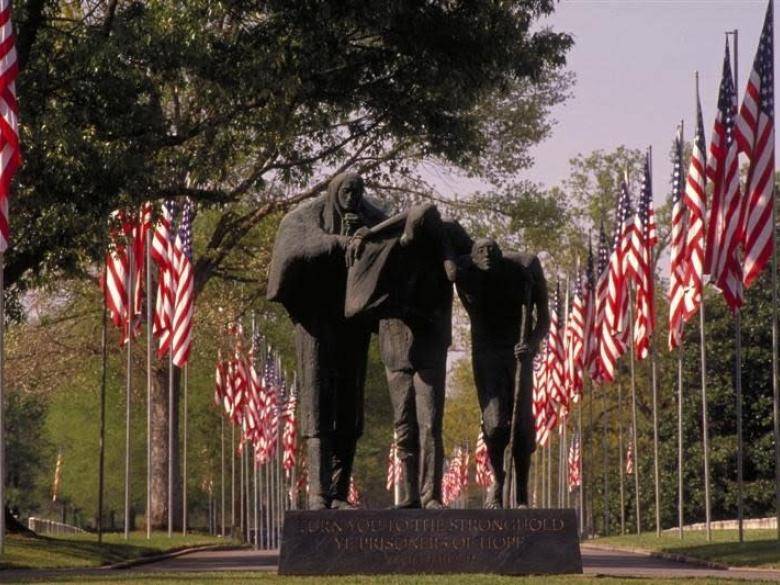 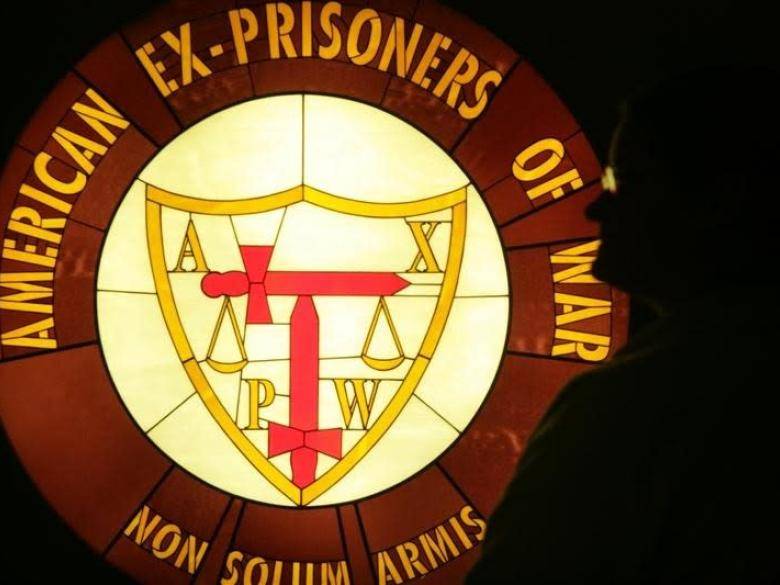 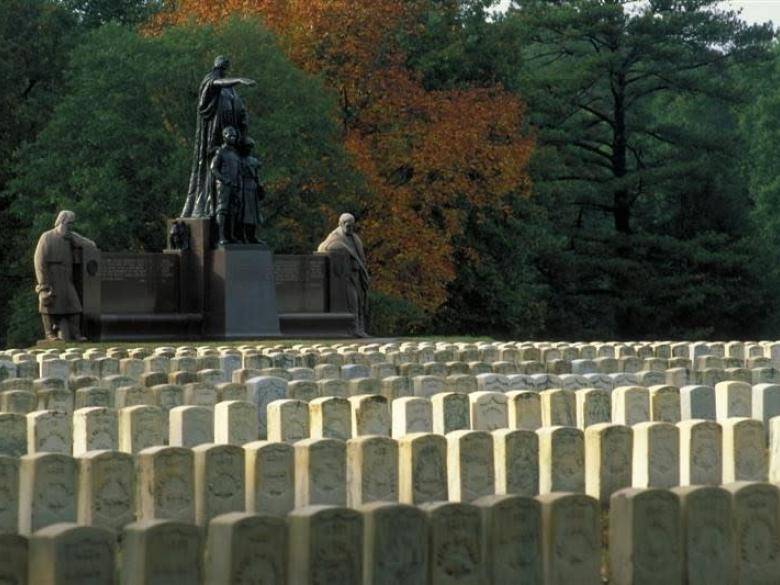 An autumn day at the Andersonville National Cemetery. 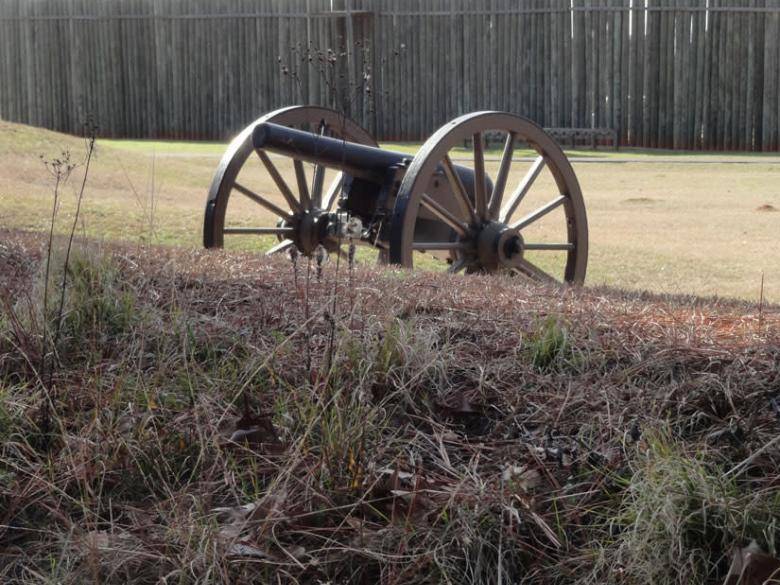 Original earthworks surround the Andersonville prison. Built by prisoners, these earthworks were intended to defend the prison against a Union attack which never came. 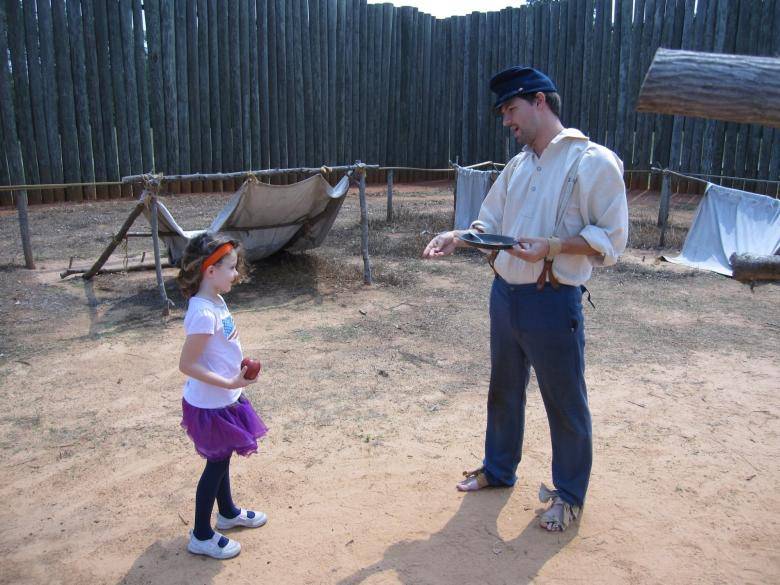 Young visitor interacts with a park ranger dressed as a Union prisoner of War. 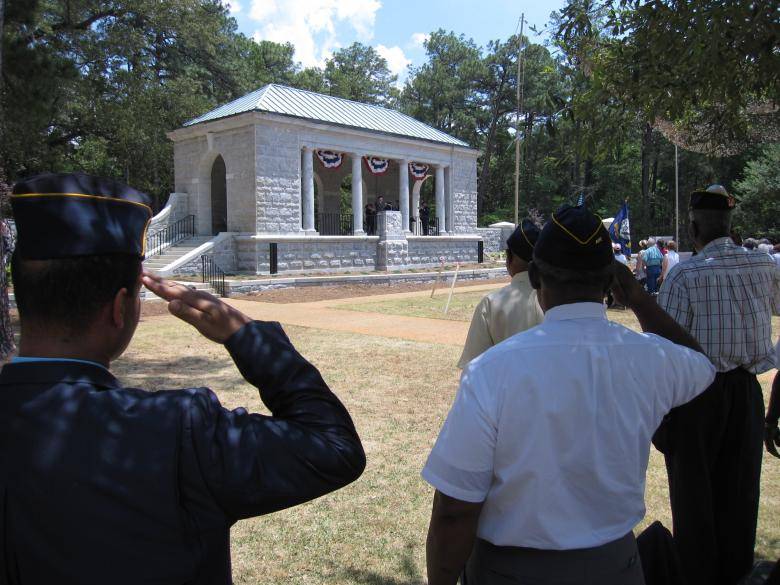 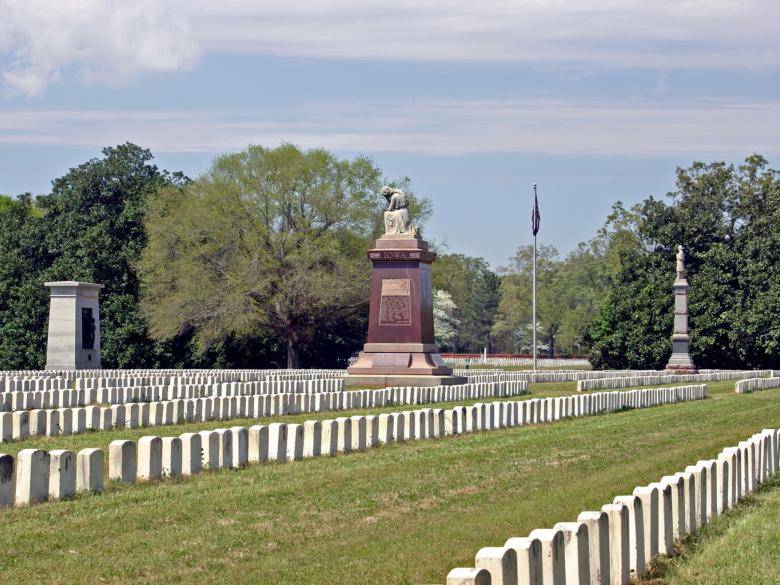 Civil War graves and monuments in the Andersonville National Cemetery. 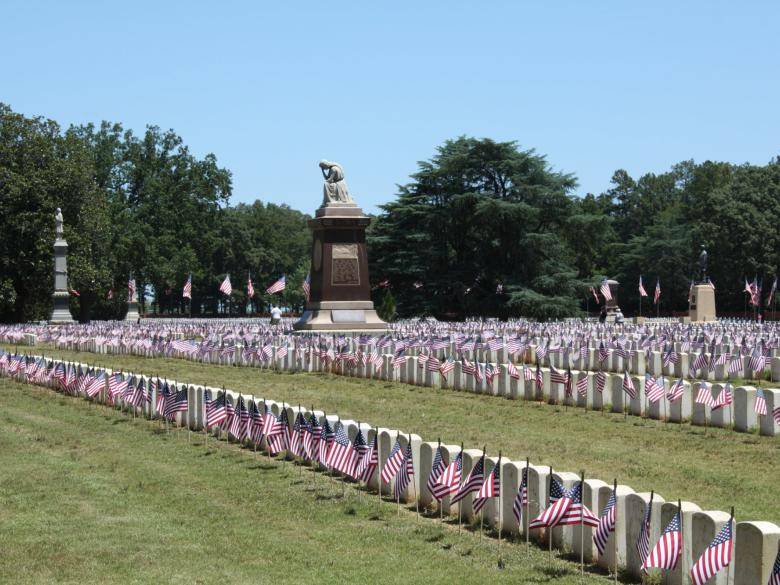 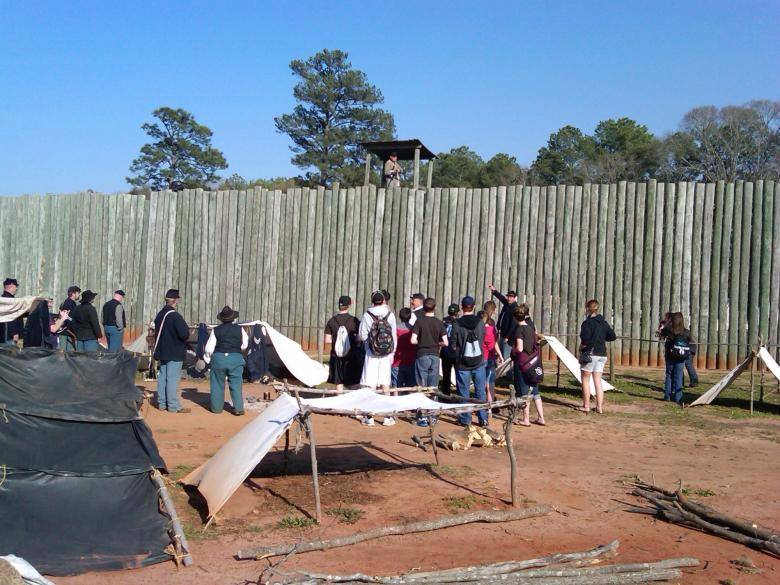 The National Prisoner of War Museum commemorates the sacrifices of all American prisoners of war. Museum exhibits tell the story of prisoners of war using artifacts, visuals, text, and oral history interviews with former prisoners of war. The museum has two 30-minute introductory films alternate throughout the day: Voices from Andersonville and Echoes of Captivity.

The National Prisoner of War Museum is one of ten unique sites on the new Georgia World War II Heritage Trail. Visitors to each site across the state can discover Georgia’s critical role during World War II. More than 300,000 Georgians served in the military from 1941 to 1945 and thousands of civilians worked in rapidly expanding defense industries.

Most visitors spend at least two hours in the park. Those with an interest in the Civil War or military history could easily spend most of the day. Park rangers offer prison site walking tours at 2 pm on weekends, staff and weather dependent. If you are interested in scheduling a formal education program or park tour, please email: ande_information@nps.gov