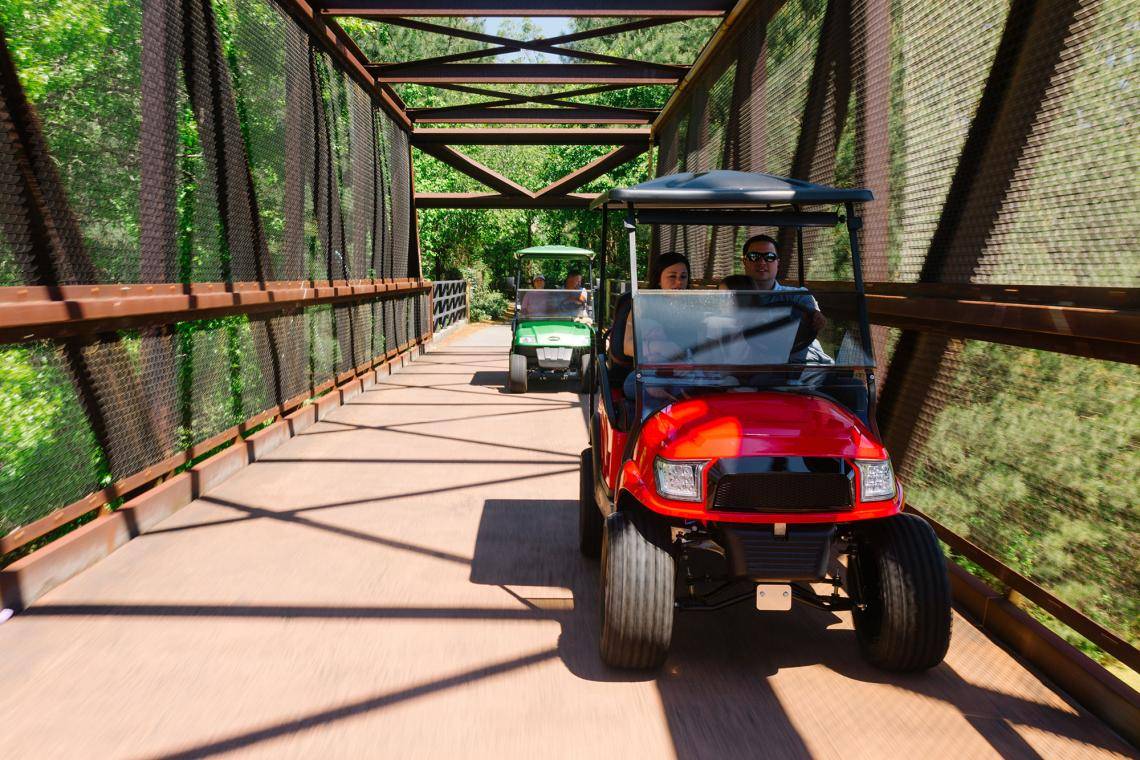 Golf cart paths are a popular way to get around Peachtree City, Georgia