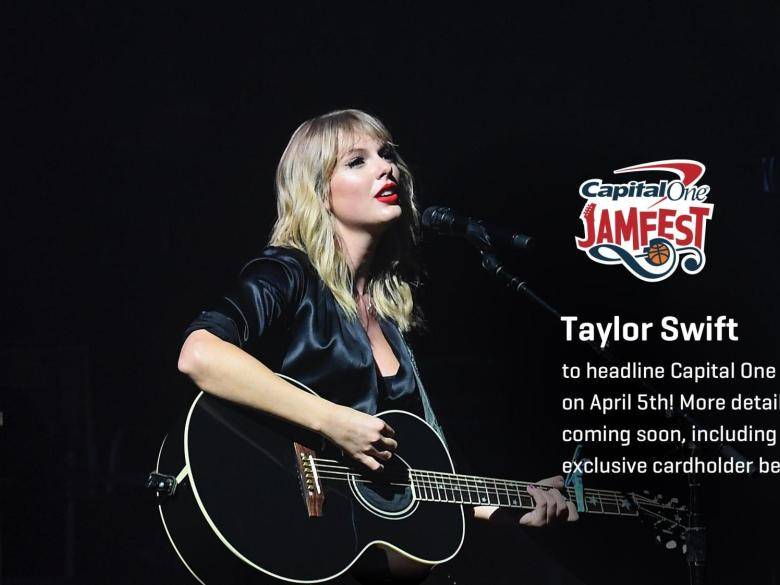 For the 2020 NCAA Men’s Final Four, fans will have the opportunity to experience a one-of-a-kind, free concert headlined by 10-time GRAMMY award-winning global superstar and recently announced American Music Award Artist of the Decade Taylor Swift at the Capital One JamFest® on Sunday, April 5 in Atlanta. This will be Swift’s only performance in the U.S. outside of her sold out Lover Fest West and Lover Fest East shows in Los Angeles and Boston and will be brought to fans through her multi-year partnership with Capital One.

“Over the years, Capital One has brought some of the most iconic artists in music to perform at Capital One JamFest, and we could not be more excited to have Taylor Swift, one of the most successful artists in history, headline this event in 2020 and the unique opportunity to offer this to fans for free,” said Byron Daub, Vice President of Sponsorships and Experiential Marketing, Capital One. “In the coming months, we will also be announcing some exclusive Capital One cardholder only benefits as a part of this performance.”

The NCAA March Madness Music Festival will open with the AT&T Block Party on Friday, April 3rd, followed by Coca-Cola Music on Saturday, April 4th, and conclude with Capital One JamFest on Sunday, April 5th. Additional performers will be shared in the coming months. Capital One cardholders can check https://www.ncaa.com/marchmadness/musicfest for more information on exclusive cardholder benefits at Capital One JamFest, as the event approaches.

“We're thrilled to have Taylor Swift perform as the headliner for the closing night of the March Madness Music Festival,” said Dan Gavitt, Senior Vice President of Basketball, NCAA.  "This will be one of many great events for fans during Final Four weekend, from the opening of Final Four Fan Fest presented by Capital One on Friday morning, through the semifinals to the National Championship celebration on Monday night.”

The NCAA March Madness Music Festival is an activation extension of the NCAA’s Corporate Champions and Partners marketing program, which Turner Sports and CBS Sports license and collaborate on as part of an agreement with the NCAA through 2032. Past headliners at Capital One JamFest have included Bruce Springsteen, Aerosmith, Dave Matthews Band, Maroon 5, Sting, Katy Perry, Zac Brown, Jimmy Buffett and Kenny Chesney.