Skip to main navigation
The Rock

The town is eight miles east of Thomaston, between Thomaston and Barnesville, on Ga. Hwy. 36 and basically one hour from everywhere (Macon, Columbus, Atlanta). Most days the population is slightly less than 200; however, on weekends thousands visit The Rock Ranch.

The Rock Ranch is a 1,500 acre working cattle ranch. It’s a place where families, school groups, groups, and businesses can come to enjoy “agritourism” for the day or overnight. The Rock Ranch was created by the late S. Truett Cathy, founder of Chick-fil-A, as a foster home for children. It still is a location of foster homes but has evolved into a family destination and venue for events. The Rock Ranch is dedicated to “Growing Healthy Families.”

The Unique Name
On the eastern edge of the town is a monument sitting on top of the remnant of a large granite boulder that had a cavern in which the early stage coach drivers and later trains traveling on the Thomaston-Barnesville highway left mail. The words of Dr. James Anderson to a stagecoach driver in 1816, named the town, “Put my mail in the hole in that rock.” It was enough to simply address mail to “The Rock” in Georgia and the mail would make it to its intended destination. People came by horse and buggy to “the rock” to get their mail. The original rock was dynamited to widen the muddy wagon trail – now Georgia State Highway 36. The historical marker denotes the stone’s service as the original "post office." It is located on the left, directly across from the first drive of The Rock Ranch. Without the granite rock and to ensure mail would reach the right people, a post office had to be built and a town that needed a name - the natural name was “The Rock.”

Connections to Benjamin Franklin
Of notoriety, John Bunkley and his French wife are buried in The Rock. Bunkley was a close friend of Benjamin Franklin. Together, they traveled to France to borrow money to finance the American Revolution. It was during this time in France that Bunkley met and married his wife, Marchette. After the war, he and Franklin turned their attention to setting up a Federal Postal System. They traveled well-established Indian Trails that had become pioneer roads. During this travels, Bunkley fell in love with the Georgia Piedmont region. After he retired, Bunkley came back to Georgia and built a one-room cabin for himself and his wife less than two miles east of The Old Alabama Road that ran from Augusta, Georgia, through Montgomery, Alabama, and on to Santa Fe, New Mexico, (now Hwy. 36). His homestead,built on Creek Indian land, was situated on what is now Piedmont Road. The property later became the home place of Civil War surgeon and physician E.A. Flewellen. Bunkley is buried in the Flewellen cemetery next to his wife, Marchette.

The Rock
Interestingly, the town shares its name with Dwayne “The Rock” Johnson - an athlete, WWE professional wrestler, and movie star. The Rock Ranch once carved Johnson’s likeness into their corn field maze and later the site was a filming location for “Rampage,” a movie starring Dwayne Johnson. Though, Dwayne “The Rock” Johnson has not yet been to the town that shares his name.

In addition to The Rock Ranch, the town is home to Quad graphics a large printing company that prints People, Teen, Sports Illustrated, National Geographic, Eddie Bauer Catalogs and hundreds of other titles for the southeastern United States.

Today, The Rock, GA, maintains a post office and its own zip code of 30265. However, the current post office is on the list of locations to be closed. If that happens, The Rock Ranch will take over those duties - as it has become a Village Post Office - and will continue to preserve the zip code and this important history of The Rock, GA. 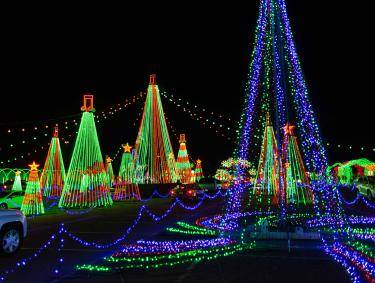