Twin City, a "little city with a big history," began as two towns, Summit and Graymont, which merged in 1921 to survive the effects of the Great Depression. In February, 2014, the Twin City Historic District was listed on the National Register of Historic Places. The district includes over 130 structures with architectural house types and buildings from 1830 to the present, and is an excellent example of a railroad strip town.

Community pride runs deep, and although a touch of rivalry remains between "Summit" and "Graymont" neighborhoods, today's residents of Twin City are warm, friendly, and proud of their roots. Excellent schools, championship football, great recreational opportunities, active churches, and a community thriving in revitalization through historic preservation make Twin City a place that's "Twice as friendly, twice as nice."

Nearby is George L. Smith II State Park, a jewel in Georgia's state park system, offering some of the best pinball paddling in Georgia! 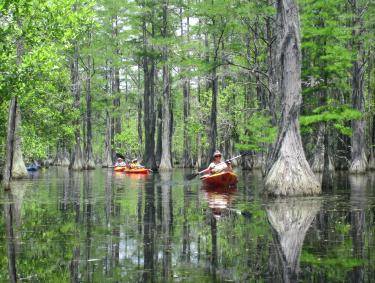