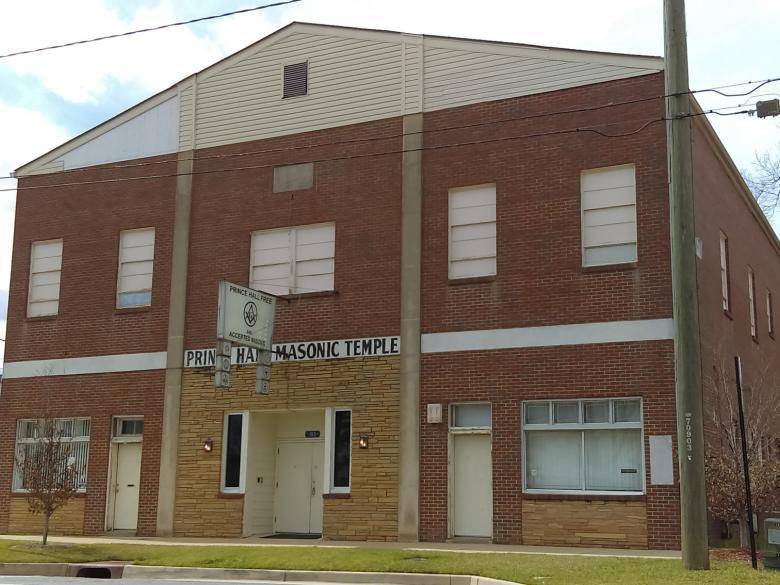 The Prince Hall Masonic Temple in Columbus is one of 18 sites that comprise the MLK Jr. Outdoor Learning Trail, a project that was developed by Columbus State University students. It was the site of a speech that Martin Luther King, Jr. gave to an audience of more than 1,000 people in 1958 during his inaugural year as president of the Southern Christian Leadership Conference (SCLC). King's visit was part of the emerging SCLC efforts to register black voters and encourage nonviolence in preparation for the 1960 presidential election.

King visited Columbus following the murder of Dr. Thomas Brewer, a Columbus leader who helped organize and finance King v. Chapman, the landmark U.S. Supreme Court decision that ended the white primary system in Georgia. Following the decision, Columbus blacks lived in constant fear of Klan bombings and cross burnings. The Prince Hall masons invited King so that the local black churches would not be subject to retaliation by local Klan activists.