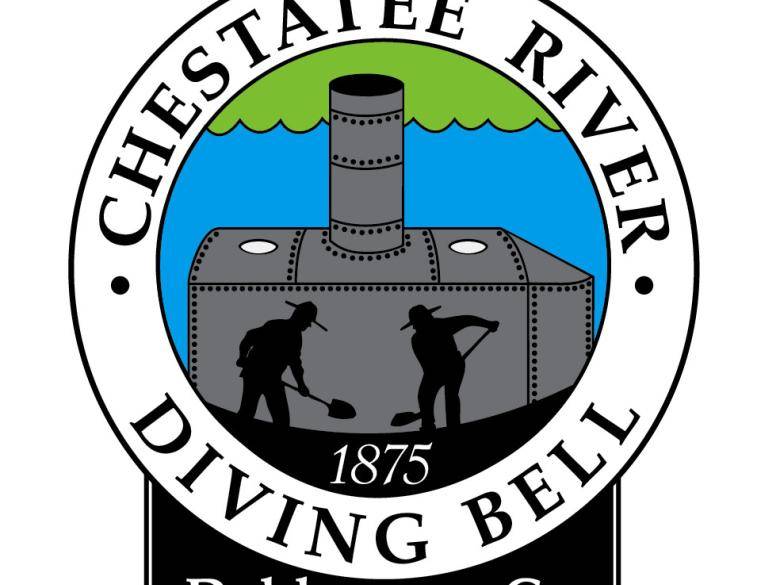 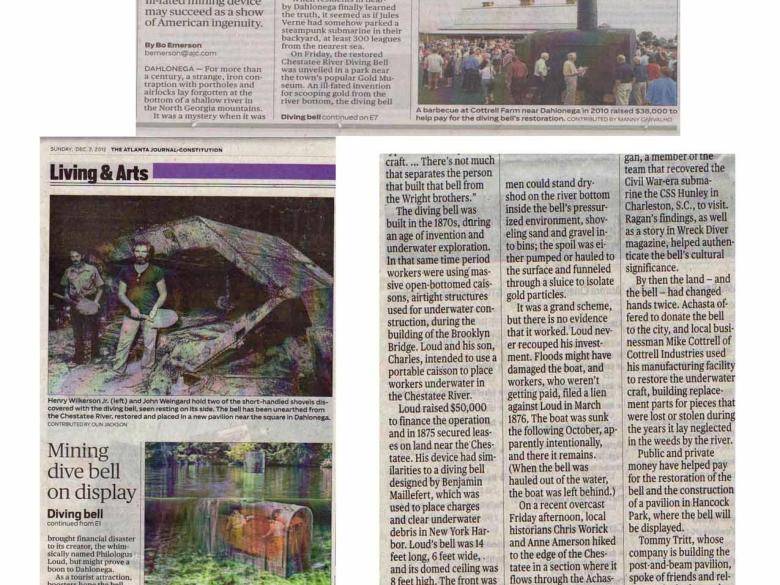 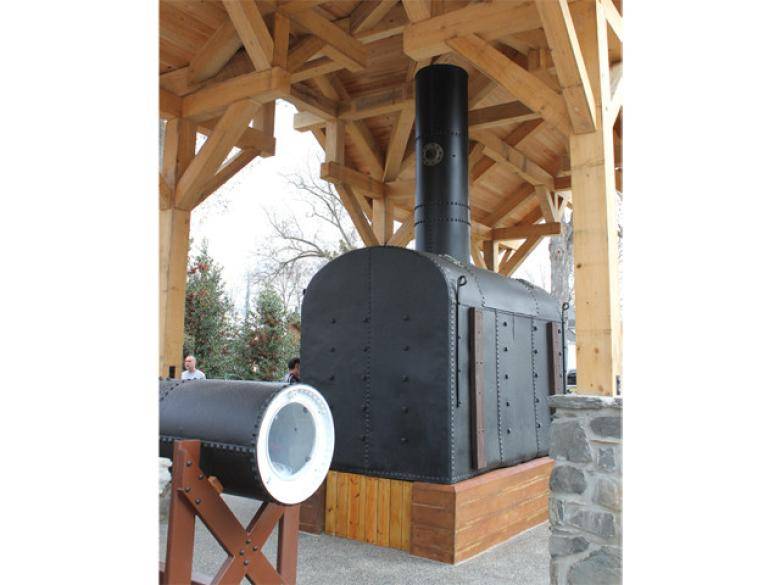 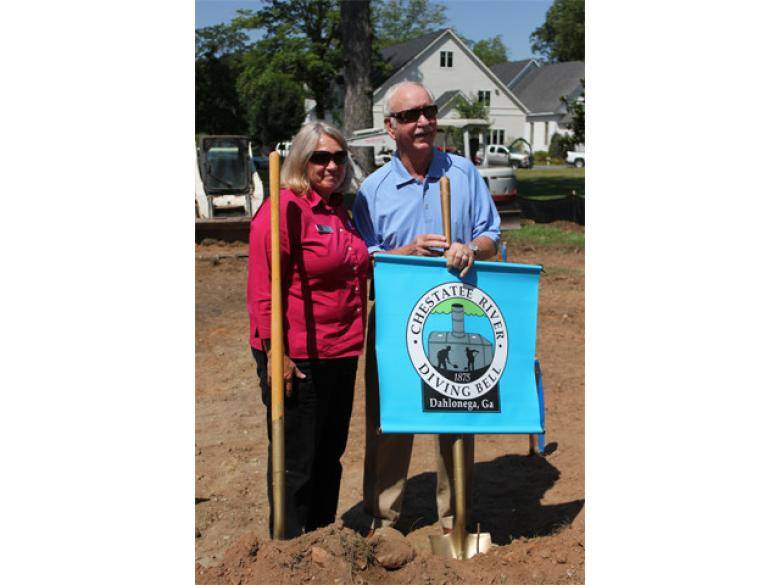 For more than a century, the secrets of the Diving Bell were held beneath the murky waters of the Chestatee River. On Oct. 18, 1876, the Diving Bell and its boat sank under mysterious circumstances. While ending the short career of the only manned submersible gold mining operation in Georgia, it did not end the mystery of how it sank or where it came from.

Unlike a submarine, which is self contained and moves under its own propulsion, the Diving Bell is an open-bottomed pressurized submersible which is tethered to a surface vessel. Raised and lowered through a well in the boat, this diving bell was built specifically to mine for gold at the bottom of the Chestatee River.

The diving bell and boat made their appearance in September 1875. Within a little over a year, the dreams of the Loud Mining Company would end as their boat disappeared under mysterious circumstances beneath the river depths, taking the diving bell with it on its final descent.