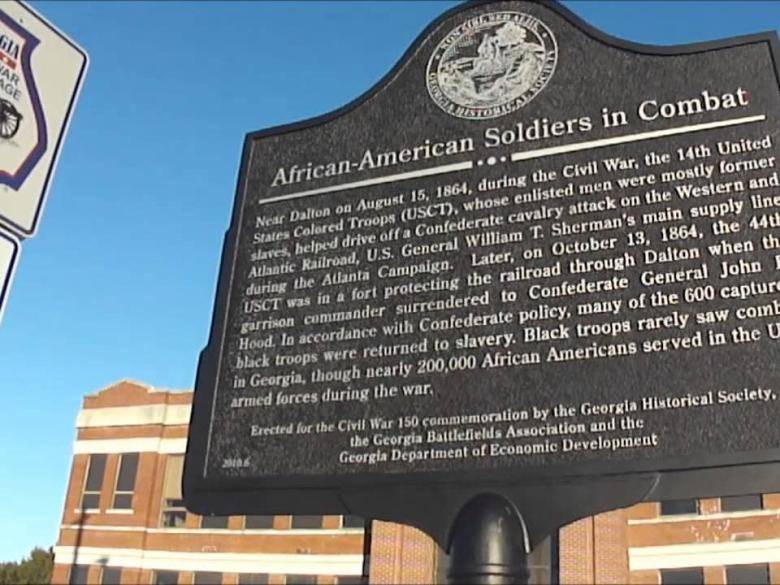 Fort Hill is one of Georgia's most significant African-American Civil War heritage sites. On October 13, 1864, Fort Hill was garrisoned by about 750 Federal soldiers, most of whom were African-American, when they were suddenly surrounded by some 20,000 Confederates commanded by General John B. Hood. In late September following the fall of Atlanta, CS General Hood headed north, striking the Federals' supply line, the Western & Atlantic Railroad, and the small garrisons that guarded it. At Allatoona on October 5 the garrison held out in a fierce contest. Hood bypassed Resaca because its fortifications were too strong and marched on to Dalton. On October 15 US General Schofield barely escaped by rail before the Confederates surrounded the town. CS Major General William Bate's soldiers captured the garrison, 751 men of the U. S. 44th Colored Infantry commanded by US Colonel Lewis Johnson, after they had barricaded themselves in Fort Hill.