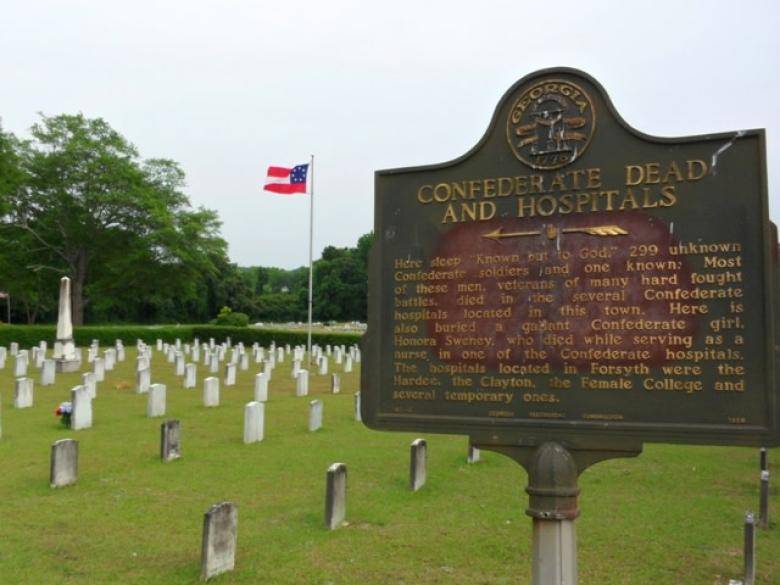 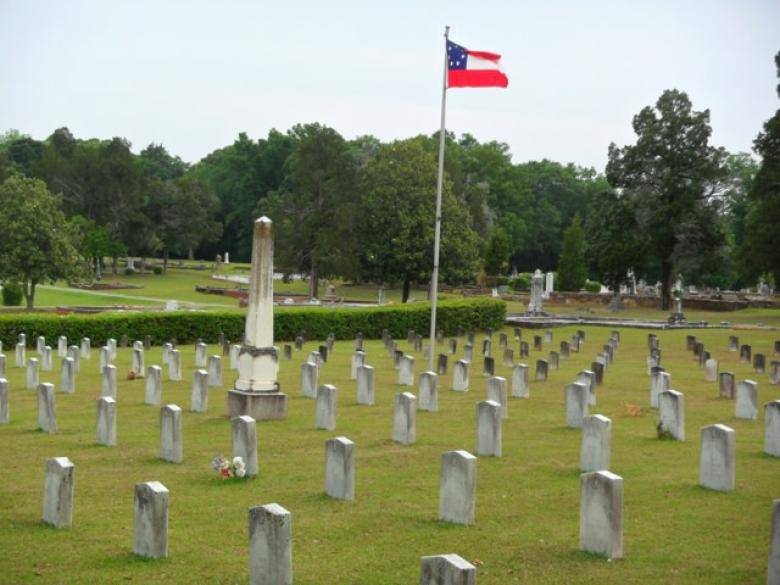 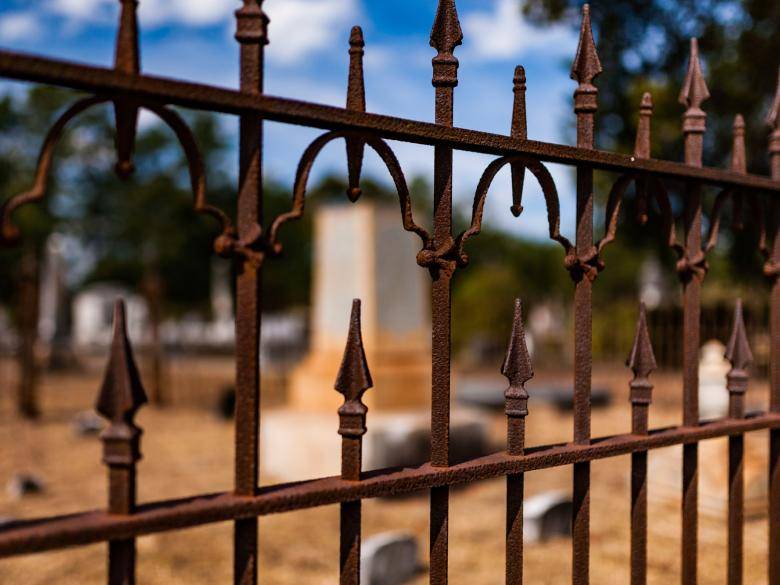 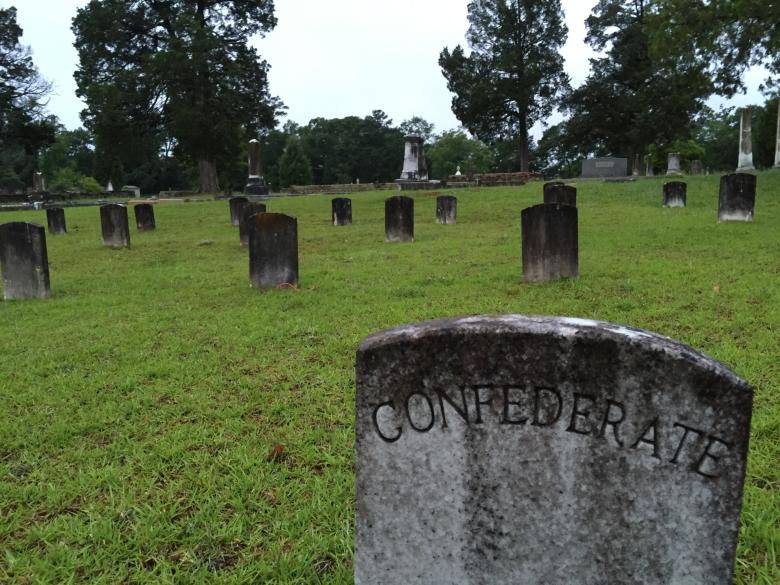 300 soldiers who died in Forsyth during the American Civil War are buried in the City's Confederate Cemetery; with each grave having a marble marker. Even though no battles occurred in Forsyth, hundreds of men, wounded in 1863 and 1864 in the fighting both in Atlanta and in North Georgia, came for medical attention.

Troops were brought to Forsyth because of the hospital system organized by Dr. Samuel H. Stout, medical director of the Army of Tennessee.  Stout understood hospitals needed to be mobile so patients could be evacuated if Union forces came near.  Hospitals were on railroad lines allowing for efficient transportation of casualties.

Members of Dr. Stout's staff first established hospitals in Forsyth's large buildings, such as the local Methodist church and the Monroe Female College, just across from the still-standing antebellum stone depot.  As fighting intensified and casualties increased with Sherman's march toward Atlanta, the medical staff established tent hospitals here.