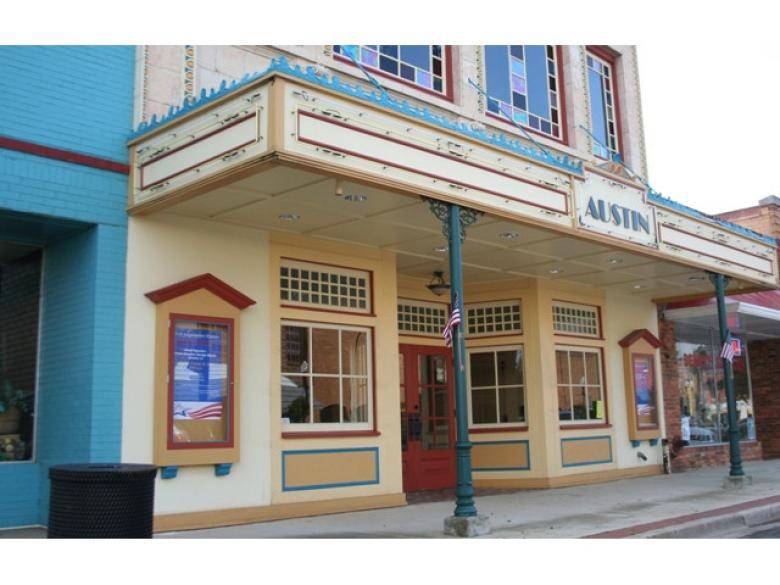 George Hiley Slappey (1871-1934), a pharmacist who later became a successful peach farmer purchased the building in November 1915. Originally called "Slappey's Opera House," Mr. Slappey renamed the theater the "Austin Theatre" for his friend, Samuel (Bully) Austin. The theater opened in January 1917, with a presentation of the play "Peg O' My Heart," performed by a traveling theater company. In addition to staging plays and showing movies, Mr. Slappey would lend the Austin Theatre for community events, such as a Fiddler's Convention in 1919, which raised money for charity.

The building has been rehabilitated by Fort Valley Downtown Authority for use as a cultural and commercial venue. The Theater has been turned over to the Fort Valley Arts' Alliance to maintain and manage the theater. The theater is available for weddings, receptions, family reunions, theater productions & musicals, art shows, etc. with accommodations for up to 200. *For rental information, call the Austin (478) 825-4828.