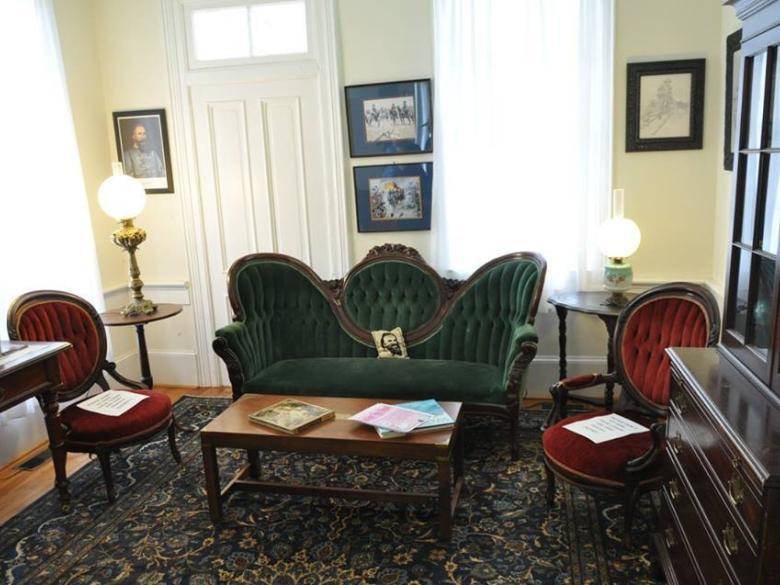 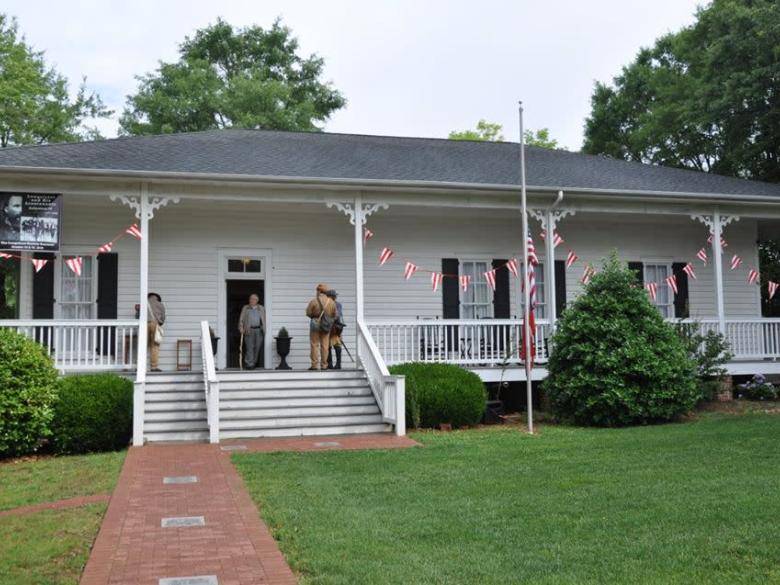 The old fireplace in the Piedmont's library 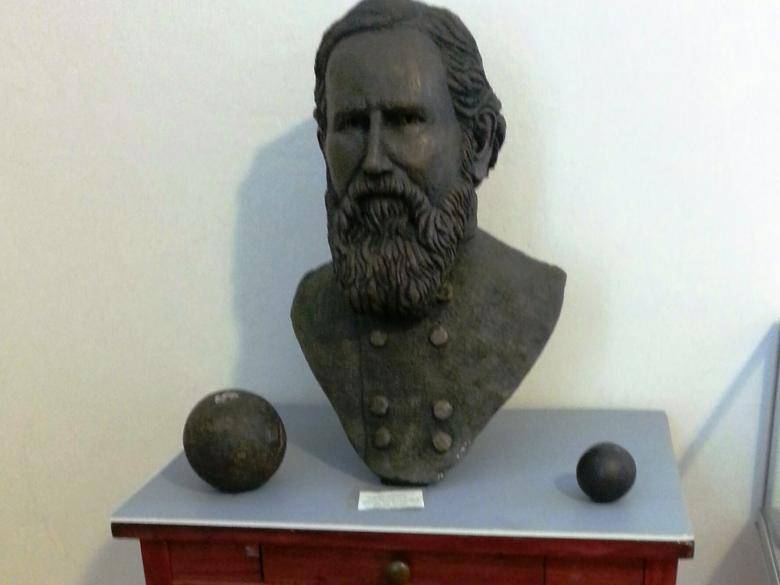 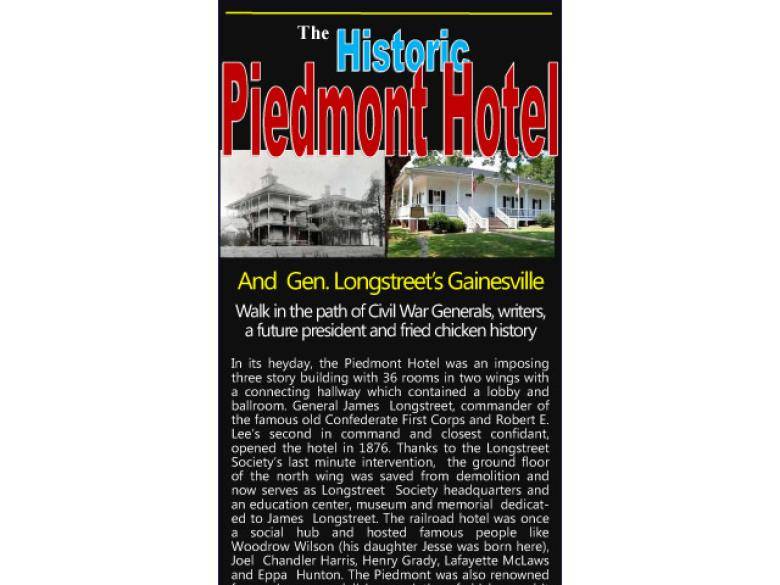 In its heyday, the Piedmont Hotel was an imposing three-story building with 36 rooms in two wings joined by a connecting structure, which contained the stairwells and, on the first floor, the lobby/ballroom. General James Longstreet, commander of the famous old Confederate First Corps and Robert E. Lee's second in command, owned and operated the hotel.

The Longstreet Society is dedicated to the study and celebration of the life of Lt. General James Longstreet, CSA and especially his skill and valor as a soldier and as commander of the famous old First Corps of the Army of Northern Virginia; his fervent dedication to the ​restoration of the American Union; his love of his Southern homeland; his advocacy for the ideals of peace and understanding among all peoples and his belief in the ​brotherhood of man.

Learn about the history of the hotel, including visits by a past president and the ghost that inhabits the remaining structure. Open Tuesday through Saturday from 10 a.m. to 4 p.m. and by appointment at other times by request, call 770-539-9005. Check www.longstreet.org for information on special events.

Group tours are provided of sites in Gainesville that are associated with General Longstreet. Call 770-539-9005 to schedule a tour. There is no fee for the tours, but donations are glady accepted. Each tour can accommodate up to 60 people.