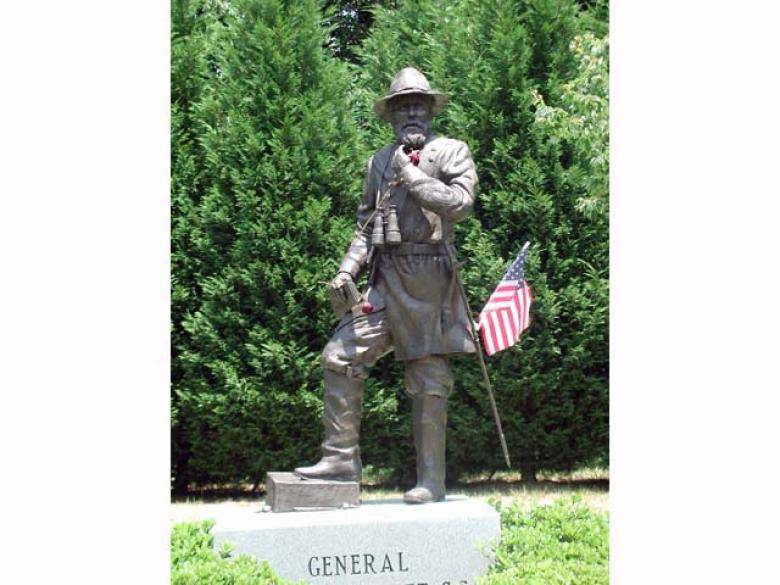 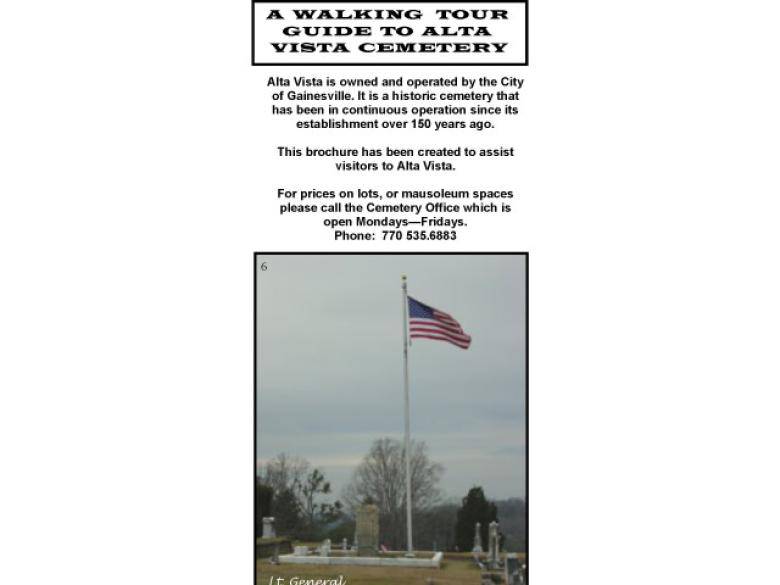 Alta Vista Cemetery's history began in 1872, when the City of Gainesville purchased 9.25 acres from Allen D. Candler. It is the final resting place of two former Georgia governors, three Revolutionary War soldiers, a NASA astronaut, two U.S. Congressmen, two famous song writers, two men Georgia counties were named after, the Poultry Pioneer Jesse Jewell, a circus performer, a bridge builder, 158 Civil War veterans, an inventor, and numerous other interesting people. However, the most visited grave is that of Lt. General James Longstreet (1821-1904). Lt. Gen. Longstreet made his last home in Gainesville after President Ulysses Grant appointed him to a variety of civil jobs, including that of superintendent of revenue and postmaster of Gainesville. Longstreet was one of Lee's finest commanders and was often referred to as "My Old Warhorse" by Lee.