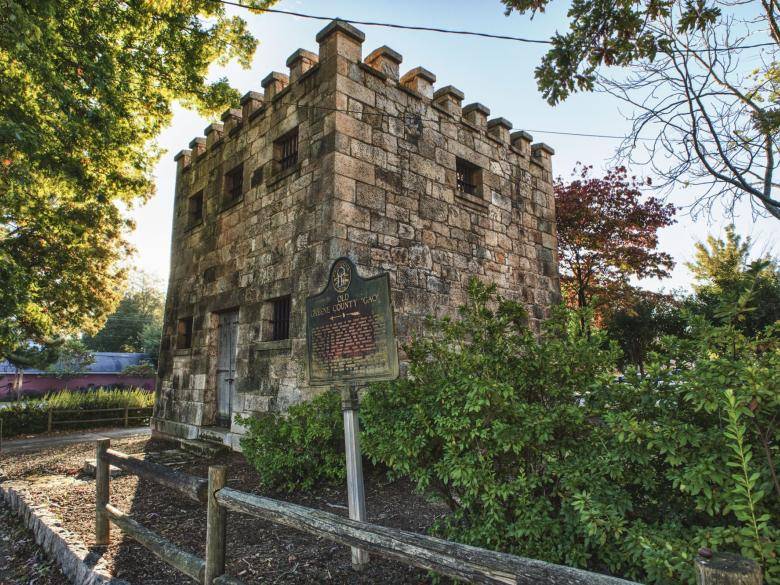 In 1807, the Superior Court of Greene County recommended that a substantial jail be built. The "rock gaol" is the product of that request. Built of granite from a local quarry, the walls are 2 feet thick. It is the oldest standing masonry jail in Georgia.

The building is patterned after European bastilles. The downstairs cells are like European catacomb cells. Prisoners in the cells could be chained to the wall. They were given a bed of straw, a tin bucket for a toilet and a candle. There was no other light, no heat and no ventilation. People arrested for non-violent crimes were sometimes put in the upstairs room where they at least had light.

The legal method of execution in Georgia was handing from 1735 to 1924. The gallows and trap door of the Gaol are just as they were in the 1800s. The hangman stood on the steps, pulled the lever, and the trap door fell away.

The Gaol was used until 1895 when a new jail was built next door. The new jail combined a detention facility with the sheriff's residence. Recently renovated, it is now the L.L. Wyatt Museum, housing memorabilia from Greene County's law enforcement history. Open for self tour by stopping into Genuine Georgia and checking out the key. There is also a solar box outside of the Gaol to hear the history.