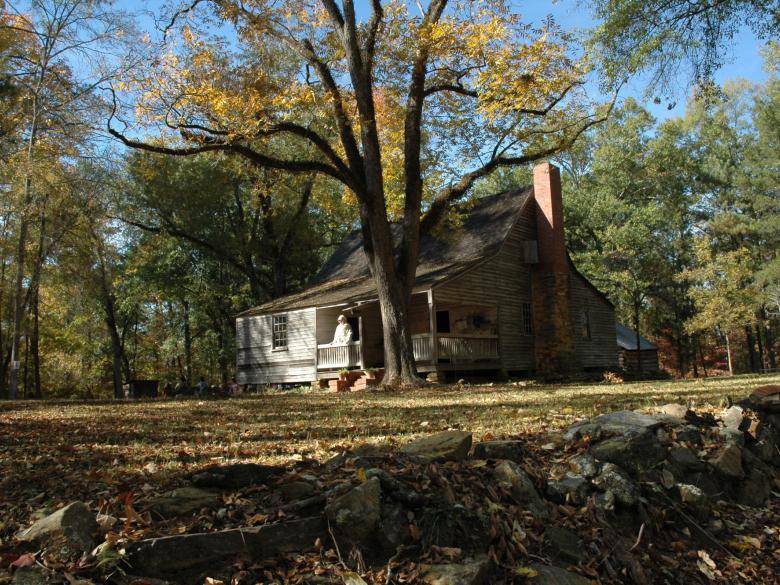 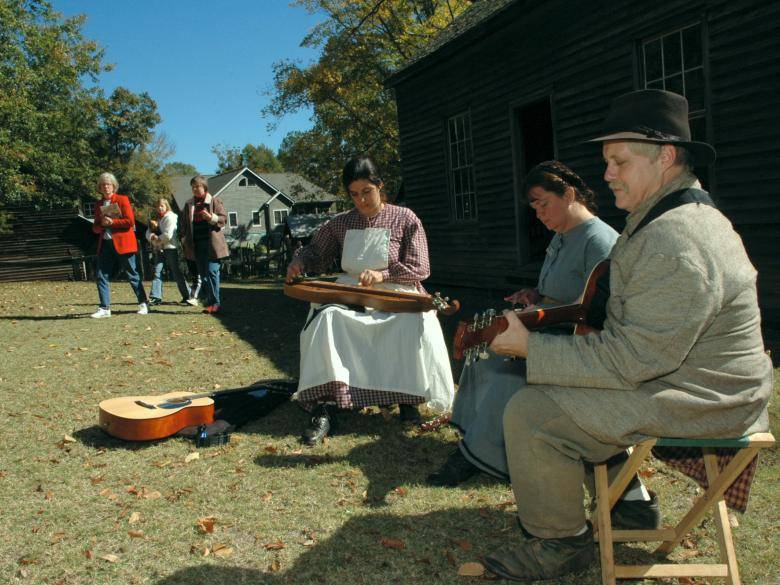 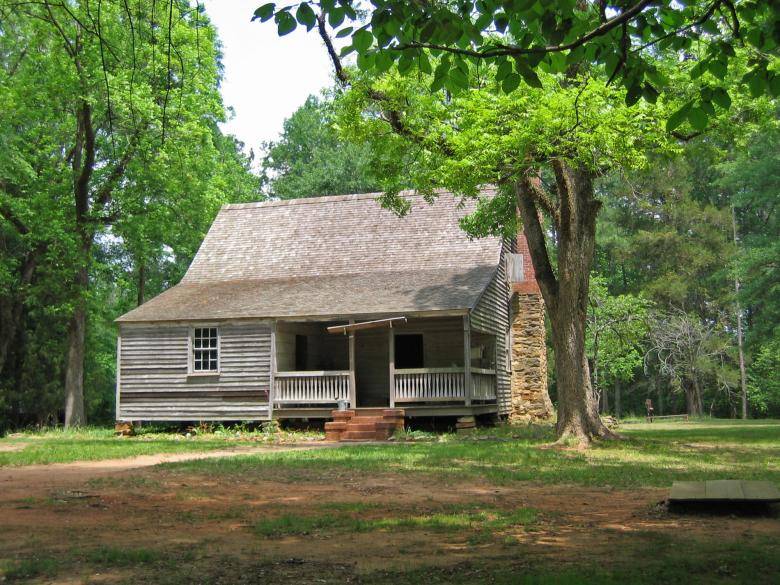 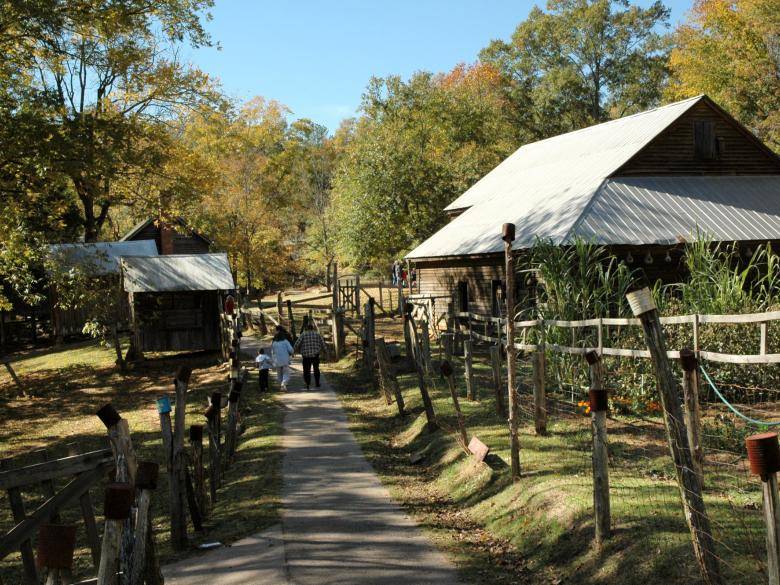 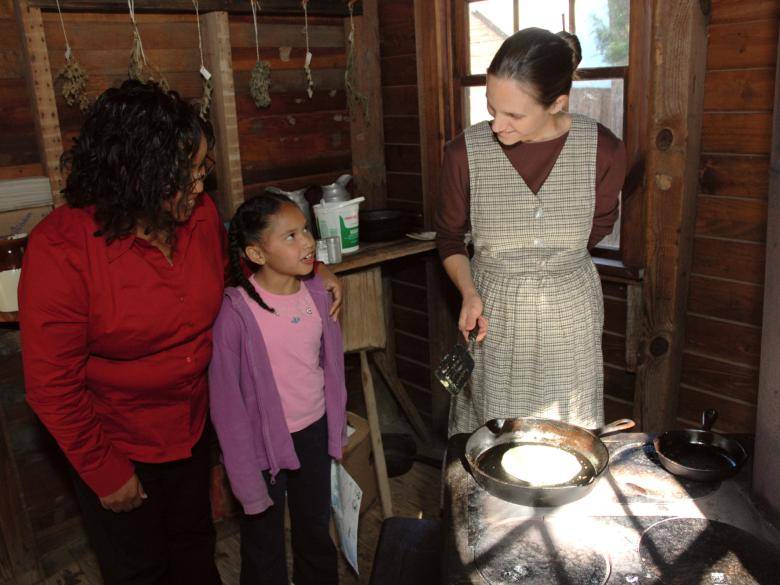 Nestled in the red clay hills of Georgia, this cotton plantation was owned by a single family for more than 140 years and survived Gen. Sherman's "March to the Sea." In 1847, John Fitz Jarrell built a simple heart pine house typical of most plantations and made many of the furnishings visitors see today. In 1860, the 600-acre plantation was farmed by 39 slaves. After the Civil War, John increased his land to nearly 1,000 acres farmed by former slaves. As John aged, most workers left, and the slave houses deteriorated and disappeared. After John's death, his son, Dick Jarrell, gave up teaching to return to the farm, and in 1895, he built a small house for his family that grew to 12 children. Dick diversified the farm, adding a sawmill, cotton gin, gristmill, shingle mill, planer, sugar cane press, syrup evaporator, workshop, barn and outbuildings. In 1974, his descendants donated the buildings to establish Jarrell Plantation State Historic Site.