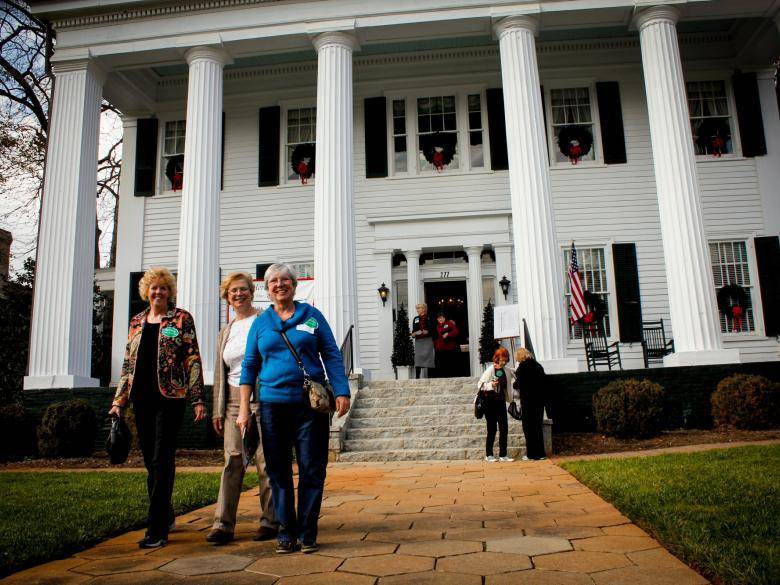 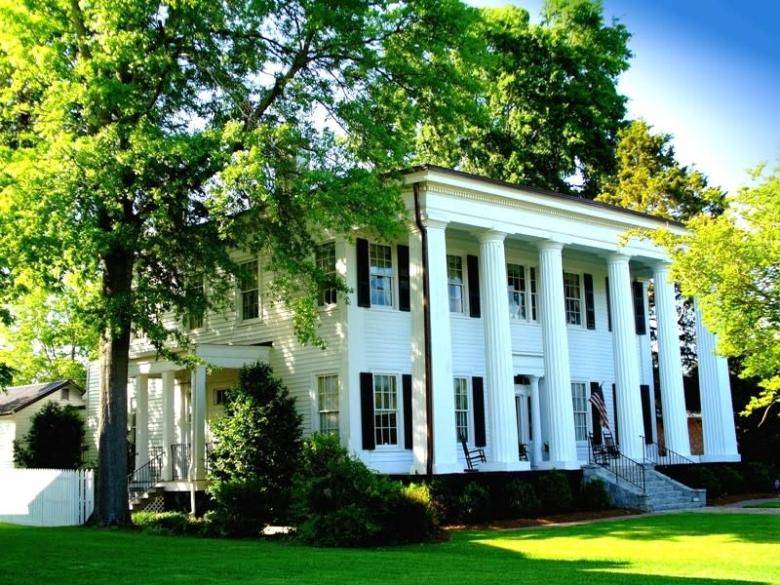 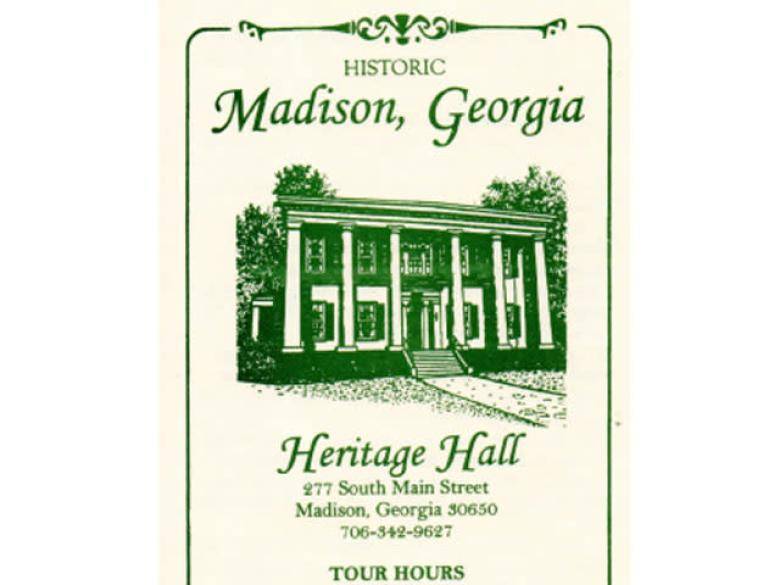 This Greek Revival home was built in 1811 and purchased in 1830 by Dr. Elijah Evans Jones, a prominent physician in Madison. Dr. Jones was also the Chairman of the Board of Trustees of the Georgia Female College in Madison and a major shareholder in the Georgia Railroad. The home, also known as the Jones-Turnell-Manley House, was constructed 200 feet from its current location and moved in 1909 when the owner at the time, Mr. Stephen Turnell, sold a portion of the home's acreage for the construction of a new Methodist church. The entire home was lifted, placed on logs, and pulled by horses and mules to its current site.

In 1923, Mr. Turnell transformed the home into Traveler's Inn. Heritage Hall was a private residence until 1977. The last private owner was Mrs. Sue Reid Walton Manley, known as "Madison's First Lady" for her gracious financial support of churches, education, the city, and numerous weddings, receptions, and parties hosted at the home. Mrs. Manley's granddaughter, who was married in the front parlor of the home, donated Heritage Hall to the Morgan County Historical Society, Inc., in 1977.