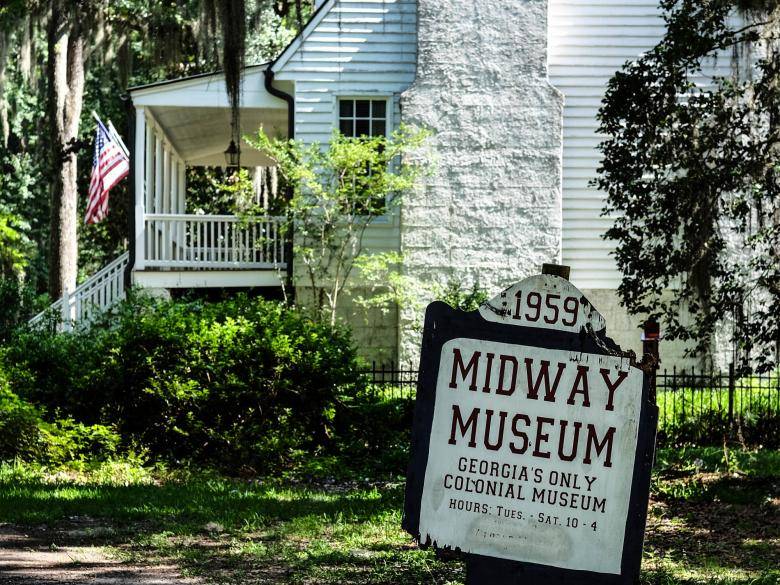 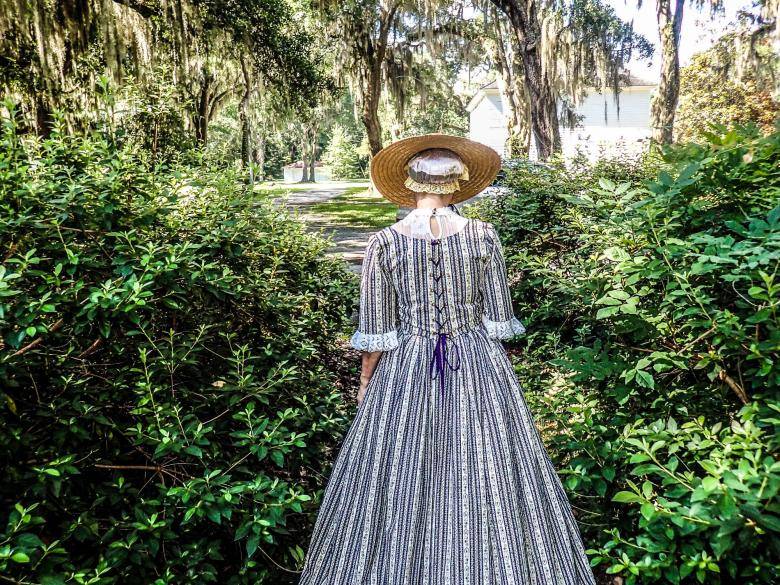 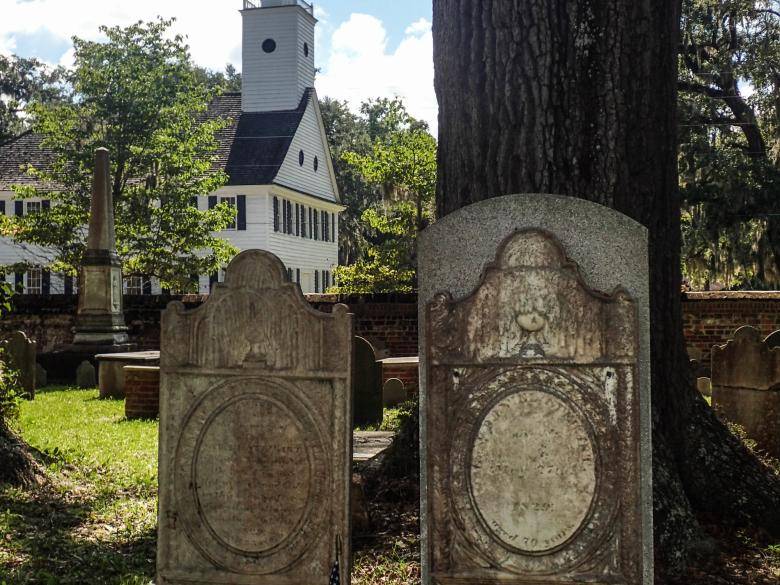 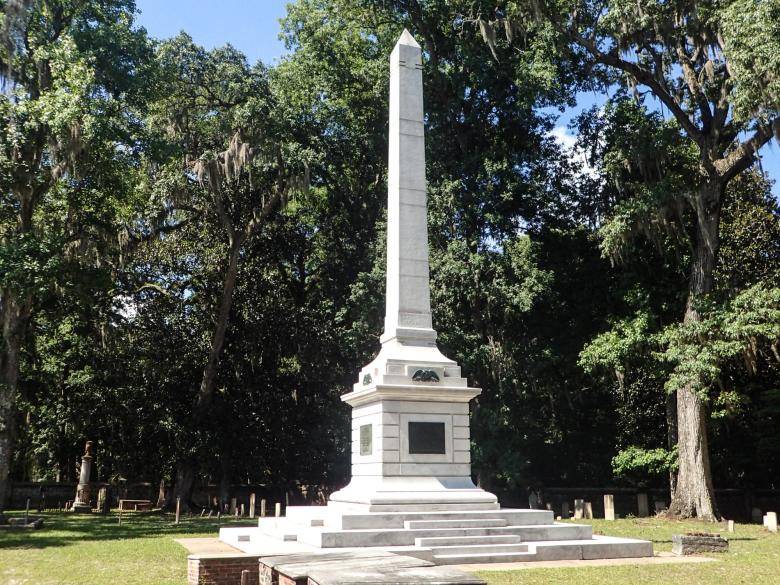 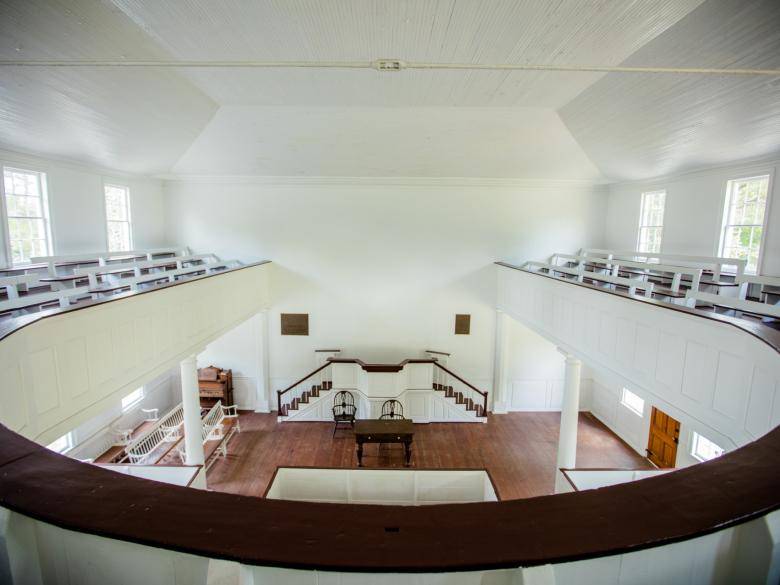 The balcony at the Midway Congregational Church-Photo by Ralph Daniel 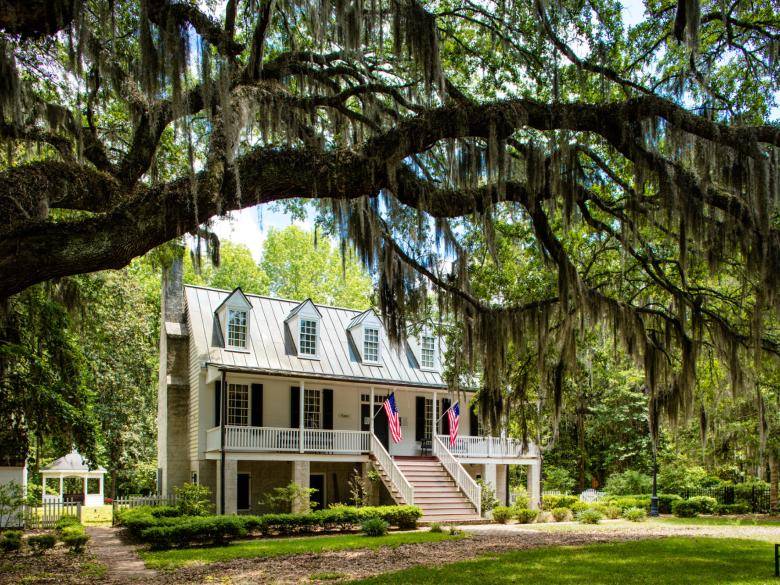 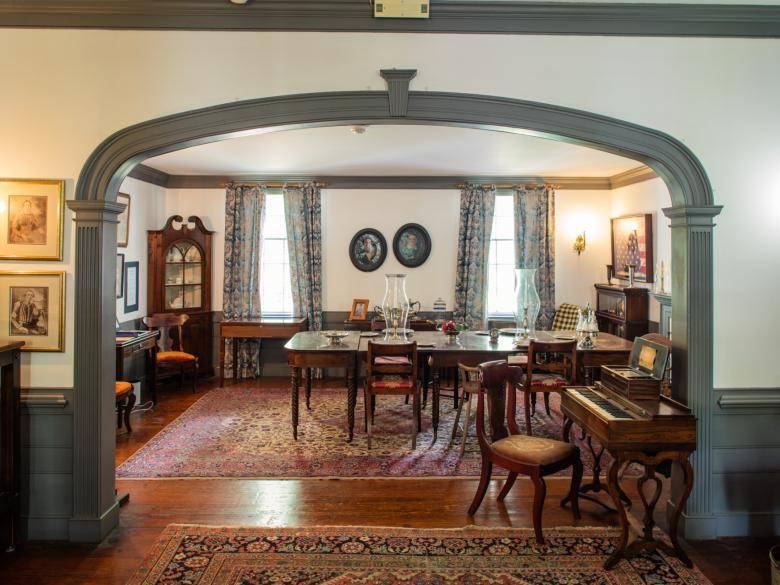 Inside the Midway Museum-Photo by Ralph Daniel 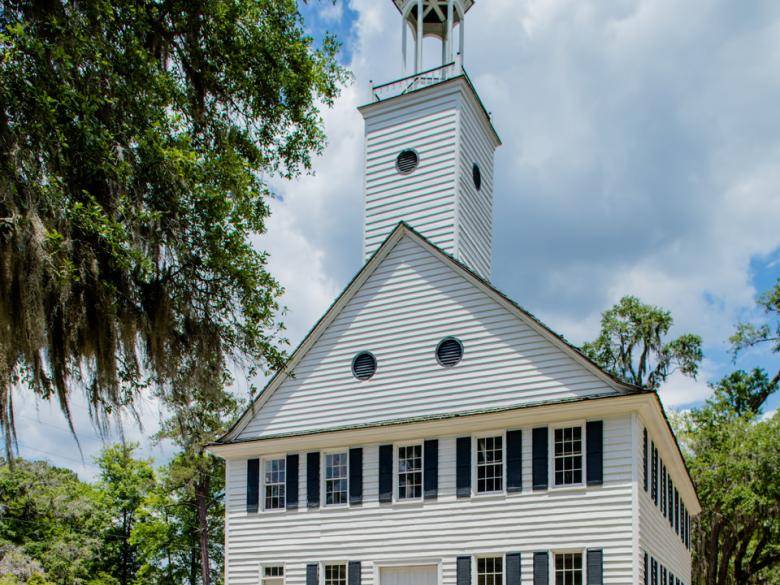 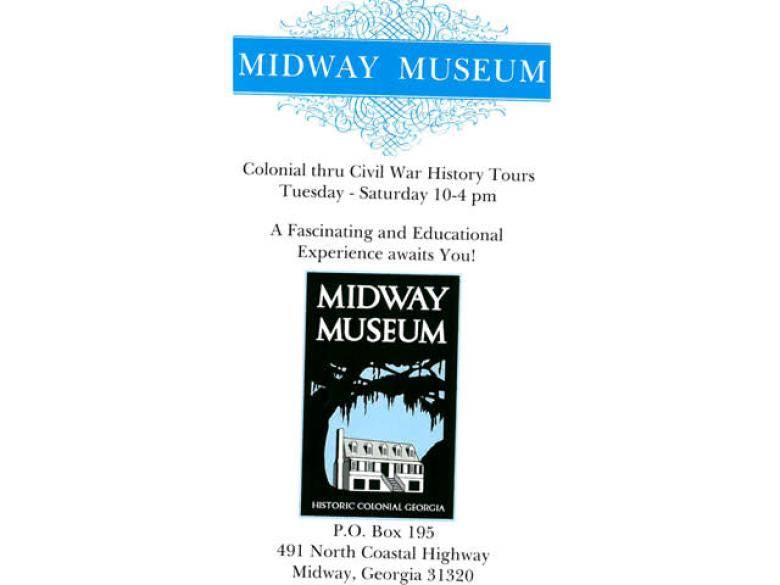 The Midway Museum, a replica of an 18-century coastal cottage, houses exhibits and materials about Midway's history. Many figures came from or trace their descendants to Midway, including Oliver Wendell Holmes, Samuel Morse, Theodore Roosevelt, Jr., and Woodrow Wilson. A walking tour is available of the house museum and kitchen.

Guided tours include walking to the Midway Church, built in 1792. The original church was built in 1756 but was burned during the American Revolution. In this white-frame, New England-style church, Sherman's cavalry set up foraging headquarters during the Civil War. Across the street is the Midway Socierty Cemetery, giant live oaks draped with Spanish moss shade about 1,200 graves, among them two generals of the American Revolution; Daniel Stewart and James Screven, John Elliott, Joseph LeConte, and Governor Nathan Brownson. Cemetery tours are by reservation only and Historical figures come to life once a year to tell their tales in late October.