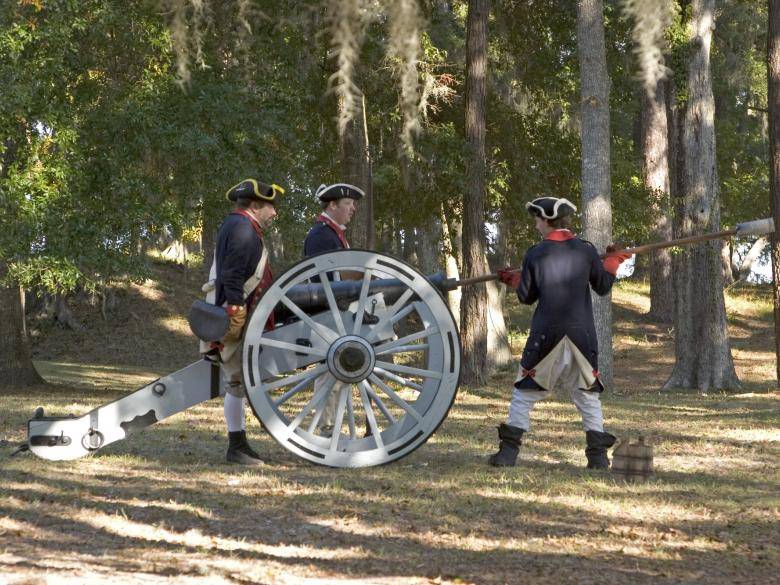 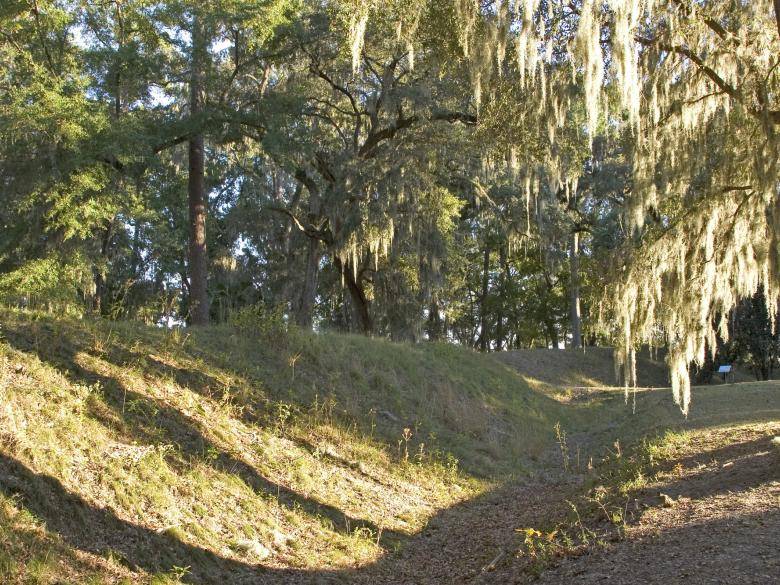 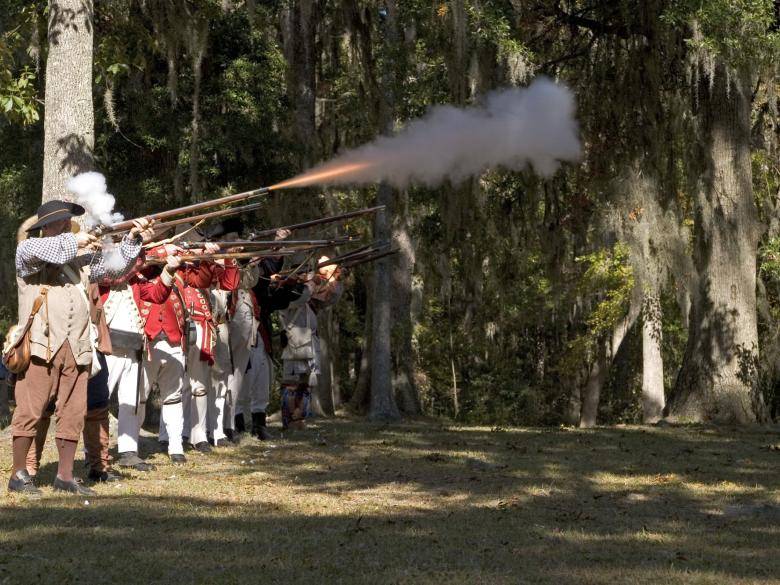 When the Continental Congress convened in 1776, the delegates recognized the importance of a fort to protect their growing seaport from the British. Soon afterward, a low bluff on the Medway River at Sunbury was fortified and garrisoned by 200 patriots. When the British demanded the fort's surrender on November 25, 1778, the defiant Col. John McIntosh replied, "Come and take it!" The British refused and withdrew back to Florida. Forty-five days later, they returned with a superior force, and on January 9, 1779, Fort Morris fell after a short but heavy bombardment. Under the name of Fort Defiance, this bulwark was once again used against the British during the War of 1812, and Sunbury's harbor was guarded by armed barges. Today, visitors can stand within the earthwork remains and view scenic Saint Catherines Sound. A museum and film describe the colonial port of Sunbury and the site's history.