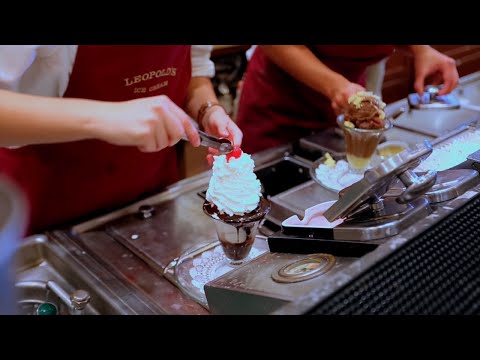 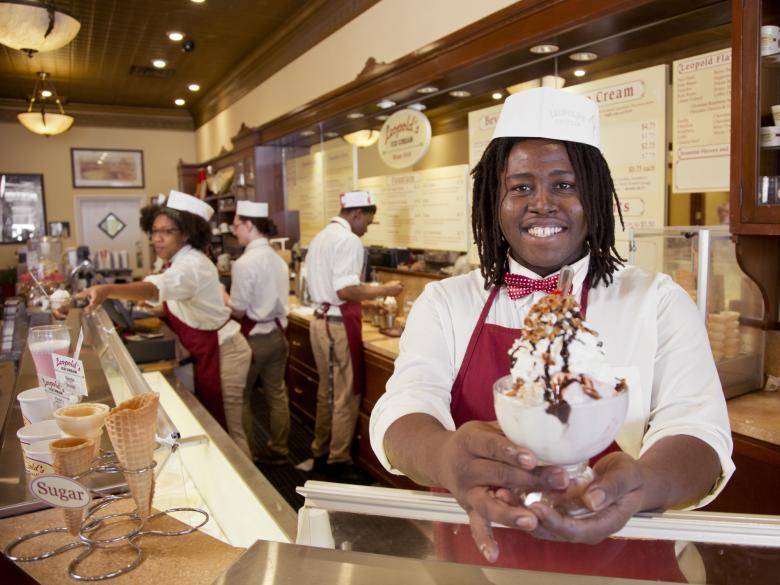 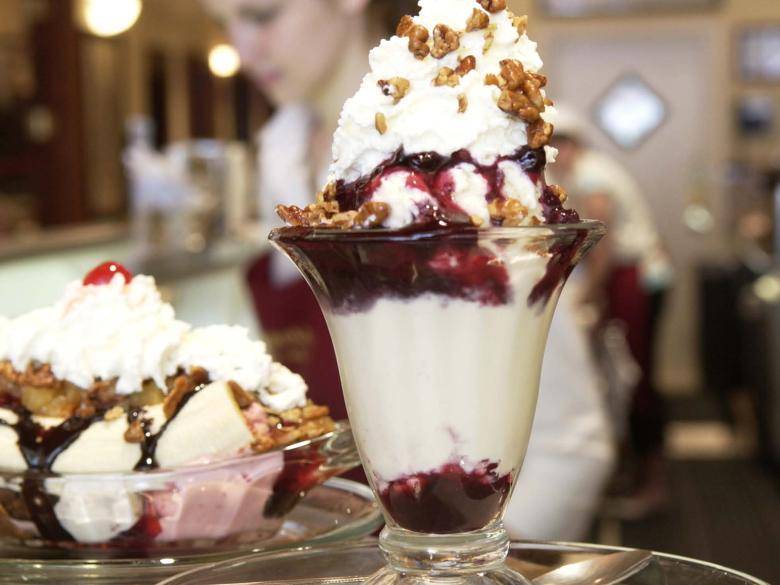 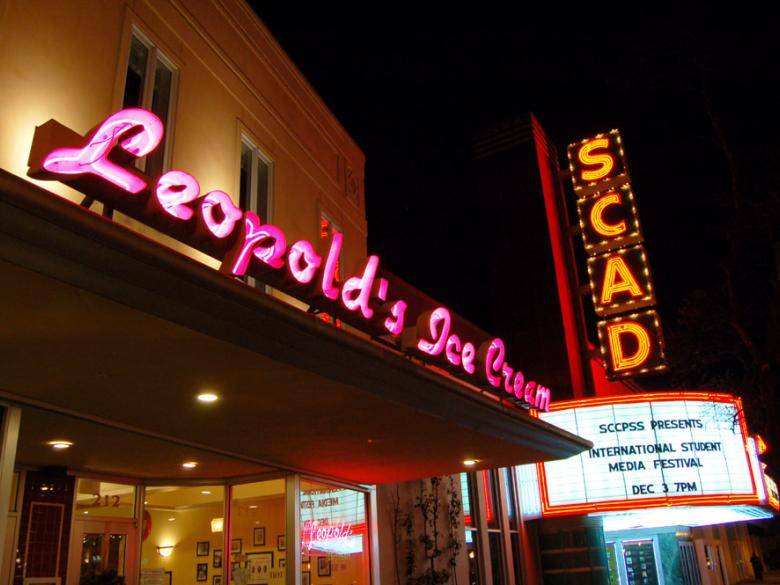 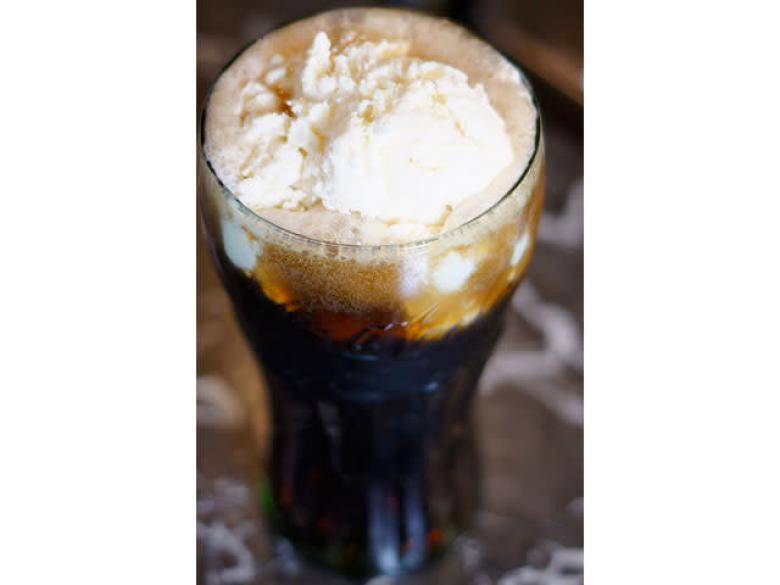 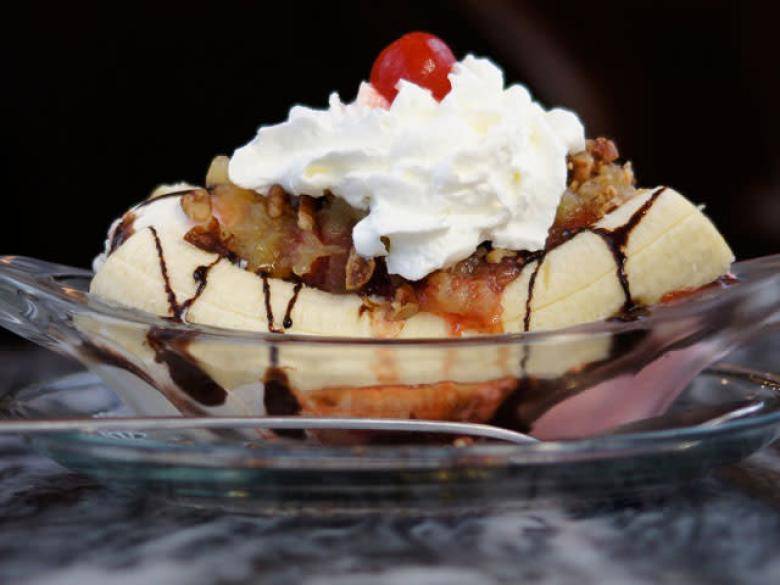 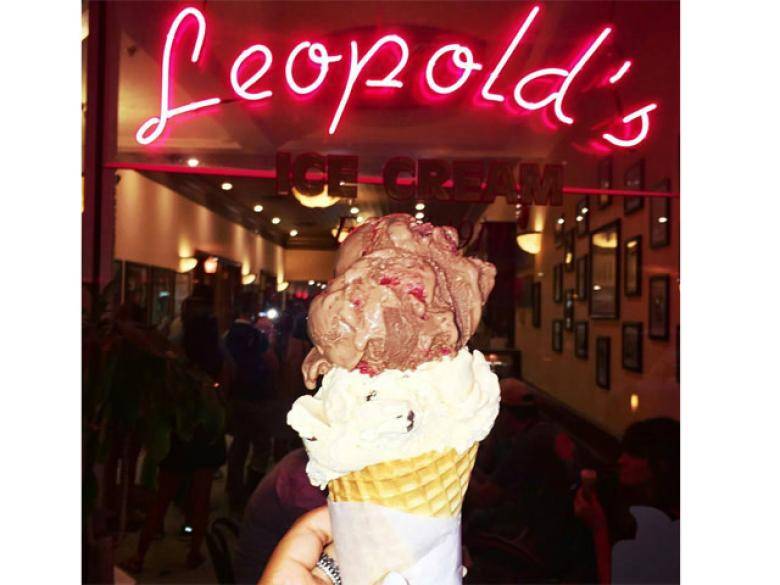 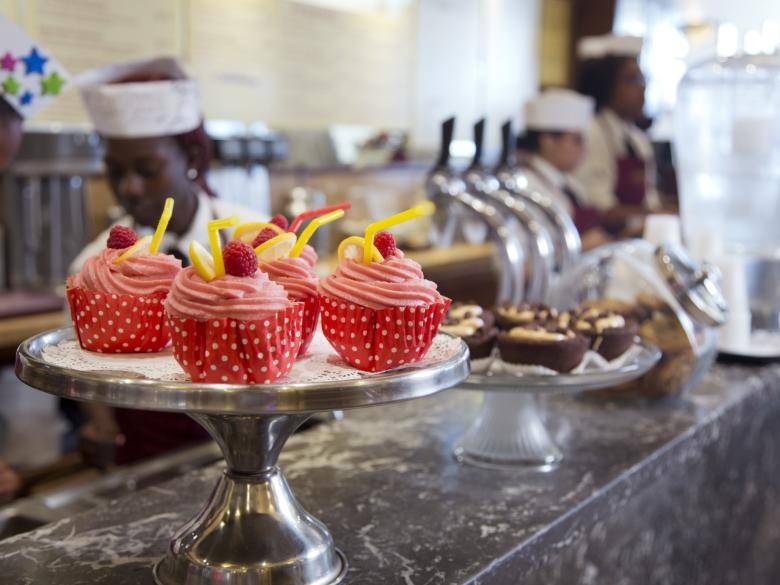 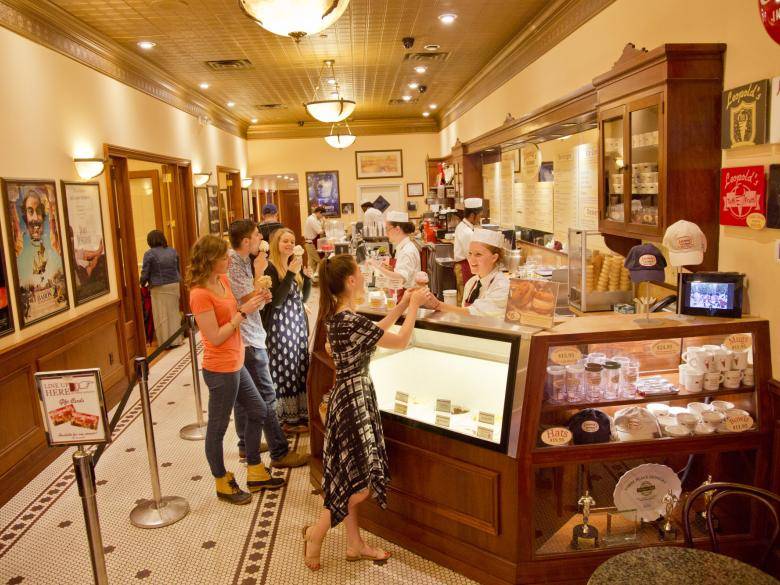 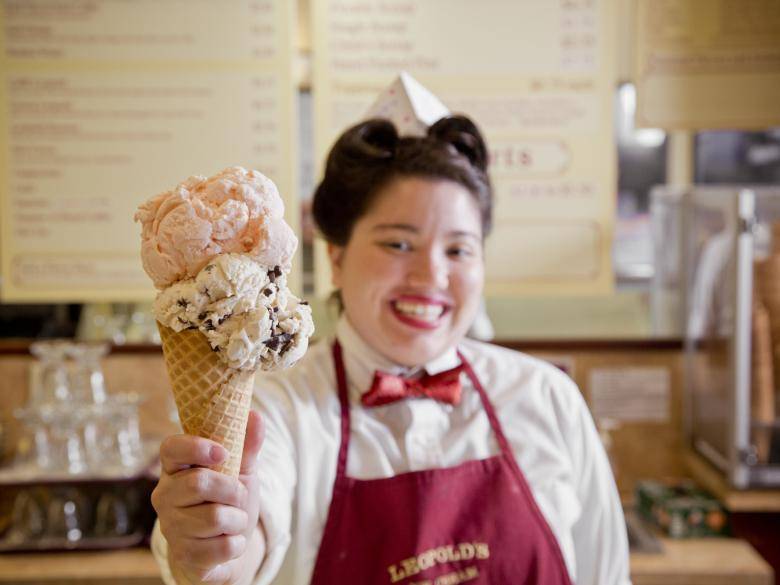 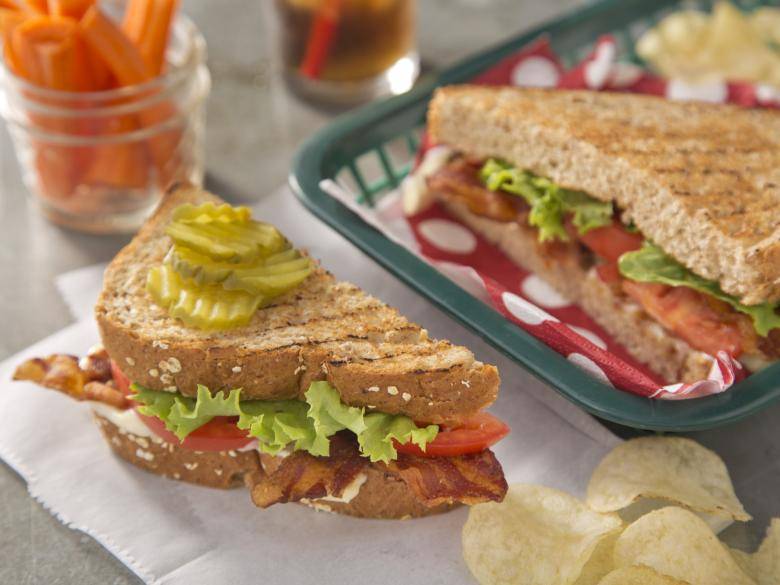 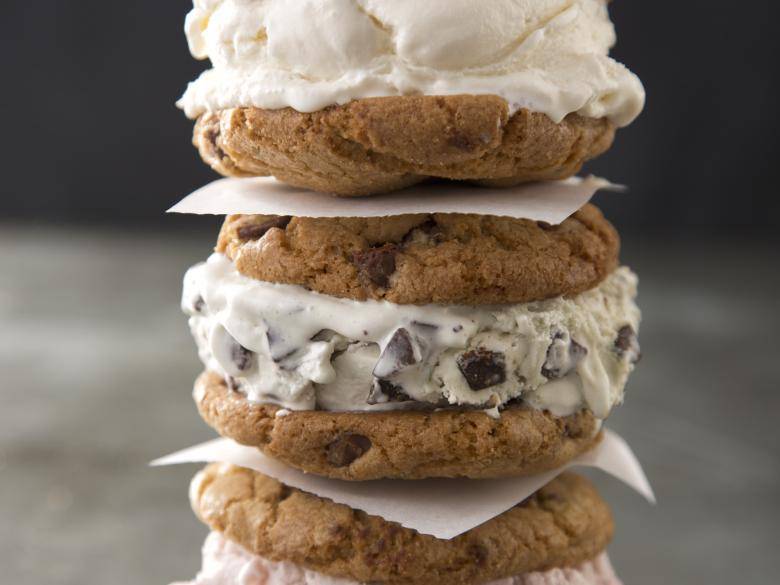 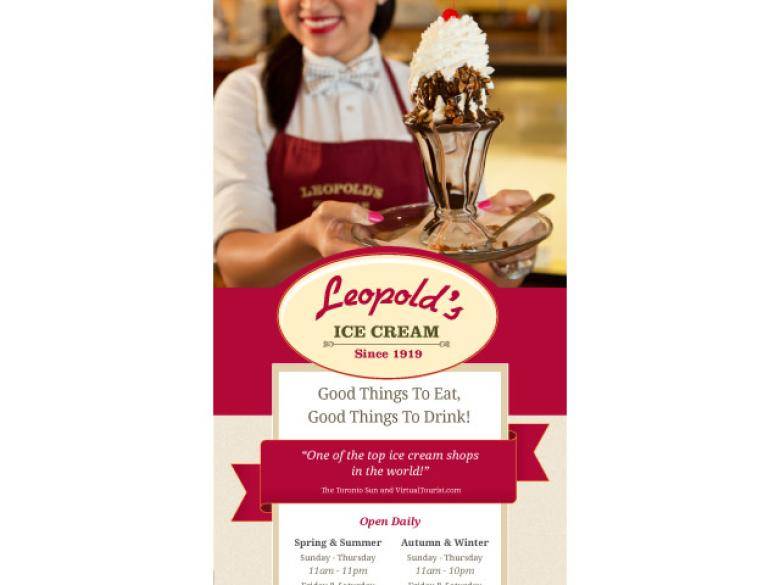 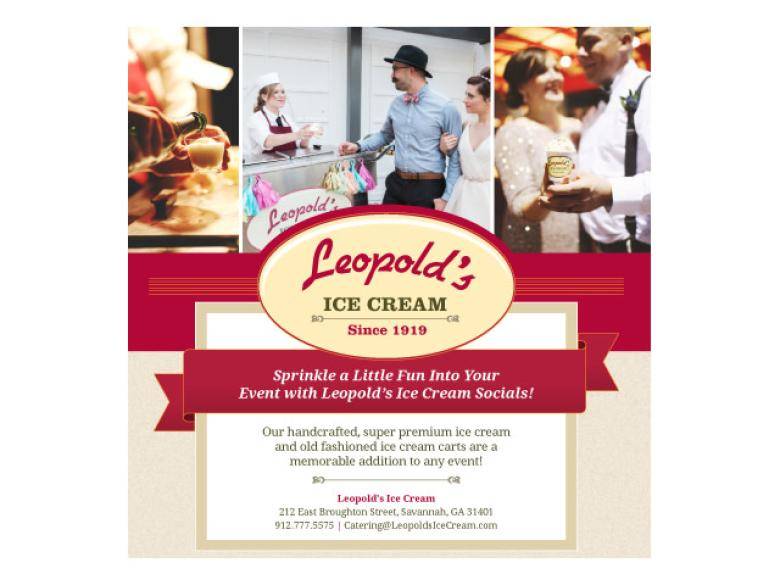 No trip to Savannah is complete without a visit to Leopold's Ice Cream! Named One of the Top 10 Ice Cream Parlors in the World, Leopold's is a "Must Do." You'll love our retro ice cream parlor, complete with old-fashioned soda fountain and friendly soda jerks. You'll also experience a little piece of Hollywood in Savannah as you peruse Stratton Leopold's collection of film posters and props from films he has worked on over his 45 plus years in the movie industry!

Leopold's Ice Cream was founded in 1919 by three brothers from Greece. They learned the art of candy and dessert from an uncle who had already settled in America. The brothers perfected their secret formulas and created the now world-famous Leopold's VeriBest™ ice cream.

Our ice cream is made in historic, Downtown Savannah, one batch at a time, using family recipes handed down from the Leopold brothers. With our full soda fountain menu and more than 28 flavors available at any given time, we've got something just for you!