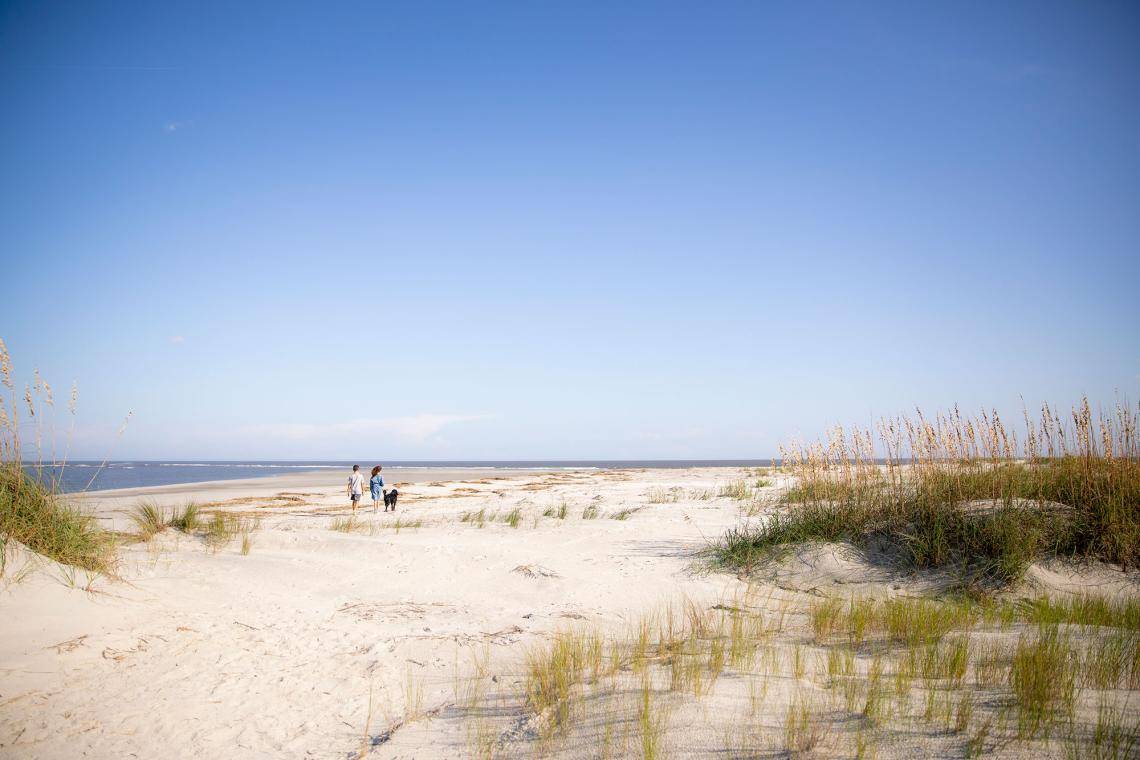 Best Things to Do on the Coast

Start with this list, and don't be surprised if you get lost in the wonder of the Georgia coast.

Georgia's beautiful Coast region has something for everyone. Explore the historic squares in Savannah and visit the storied swamps of the Okefenokee National Wildlife Refuge. Definitely don't miss your chance to discover the beaches along Georgia's 100-mile coastline. Each one offers a different experience. So whether you're looking to shop and stroll in a small town, enjoy fresh-caught seafood, or escape to a wild, undeveloped shore, the Coast has you covered.

Things to see & do

Georgia's Coast is rich with African American heritage. At St. Simons Island's Hamilton Plantation, for instance, two 1833 slave cabins remain standing — tabby houses, built of oyster shells, lime, sand, and water. The plantation was once owned by Scotland native James Hamilton, and the cabins are believed to have belonged to slaves with elevated positions in the local hierarchy. The Cassina Garden Club took ownership of the cabins in 1950 and carefully restored them, complete with graphical histories and displayed artifacts.

Just beyond the ancient gates, Wormsloe State Historic Site provides what may be one of Georgia's most captivating roadways — a mile-long tunnel formed by live oaks dripping with Spanish moss. It feels otherworldly, but the state-owned former plantation is just a 15-minute drive from Savannah’s historic core. Venture off the iconic entrance, and explore a system of trails, Isle of Hope views, and the 1745 ruins of a tabby house, the city’s oldest standing structure.

More: The 16 Most Instagrammed Places in Georgia

Up the road in Savannah, which was considered a leading port in the transatlantic slave trade, a walking tour pays homage to African Americans' journey from enslavement to emancipation. Sites of interest on the Footprints of Savannah tour include auction blocks in the city's historic squares, City Market offices where enslaved people were purchased, and the Underground Railroad stop that was First African Baptist Church.

Throughout the region, customs of the Gullah Geechee people — descendants of Africans who labored on plantations from North Carolina to Florida — are carried on by the ancestors of coastal slaves today. Those include basketmaking, music, and religious beliefs. Sapelo Island, accessible only by boat, is considered one of the last intact Gullah Geechee communities on any U.S. island.

The ruins stand opulently in brick and stone, as if in defiance of the 1950s fire that claimed the rest of the mansion. Dungeness was built by Thomas Carnegie and his wife in 1884.

More: Cumberland Island: From Camping to the Carnegies

Described as "Not Your Typical Dry Museum" and Savannah's "Best Kept Secret," America's only museum devoted to Prohibition has a sense of humor about the libation pushback that started with the temperance movement of the 1850s and drowned in the great repeal of 1933. Upgraded tickets include a Prohibition era cocktail.

The Peach State's only sea turtle rehabilitation facility and education center is also a star attraction on Jekyll Island. Opened on the site of a former coal-fired power plant in 2007, Georgia Sea Turtle Center hosts behind-the-scenes tours (to show how ailing turtles are healed) and outdoor excursions all year long.

More: How to See and Protect Sea Turtles on Georgia's Coast

A red-and-white-striped beacon, Sapelo Island’s circa-1820 lighthouse is an unmissable landmark standing five miles off Georgia’s mainland. Two decades ago, the original brick structure, cistern, and oil house were painstakingly restored with a spiral staircase inside — allowing visitors to climb up to the lantern room, which had been dark for nearly a century.

Tybee Island's North Beach offers a chill alternative to the bustle of Tybrisa Street's bar scene. Encompassing a large portion of the barrier island, the area is loaded with great beaches and historical landmarks, plus colorful boutiques and local dives like Huc-a-Poo's, a beloved pizza joint.

More: Things to Do on the Coast

Charisse Bruin, @charissestyles, is a personal stylist and the fashion-savvy proprietor behind the Charisse Styles brand. She lives in Savannah.

What’s one thing all visitors to your region should do?

Vic’s on the River — get the crawfish beignets as the app, for sure — but Sunbury Crab Co. has the best locally caught seafood. The seafood mélange has crab, shrimp, lobster, and more.

Where would you recommend someone go with kids?

Summer Waves is a staple, a coastal theme park. It’s just about an hour drive from the metro Savannah area, so it’s far enough for a not-so-far family vacation or day trip with the kids during the summer.

What’s something surprising about your region?

This is the only area in the world where dolphins lure fish to the shoreline to eat them.

What do you love most about living here?

Besides easy accessibility to the water, I love the Coast’s rich history.

The "best beach" title may depend on individual taste, but whether you seek history, nature... 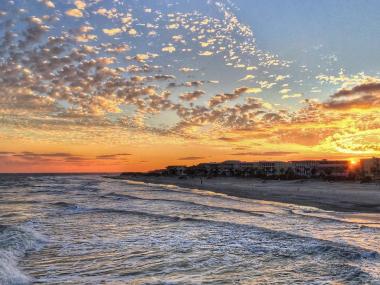 Georgia Coast: The Perfect Place for a Getaway with Friends

Coastal Georgia is great for a getaway with friends because you can get there within... 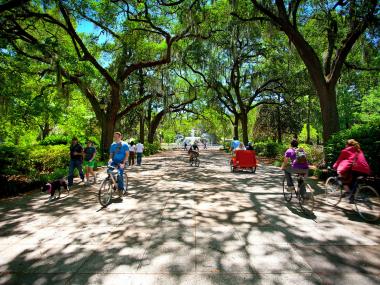 From strolling picturesque squares to attending iconic festivals, you'll find that some of the best...