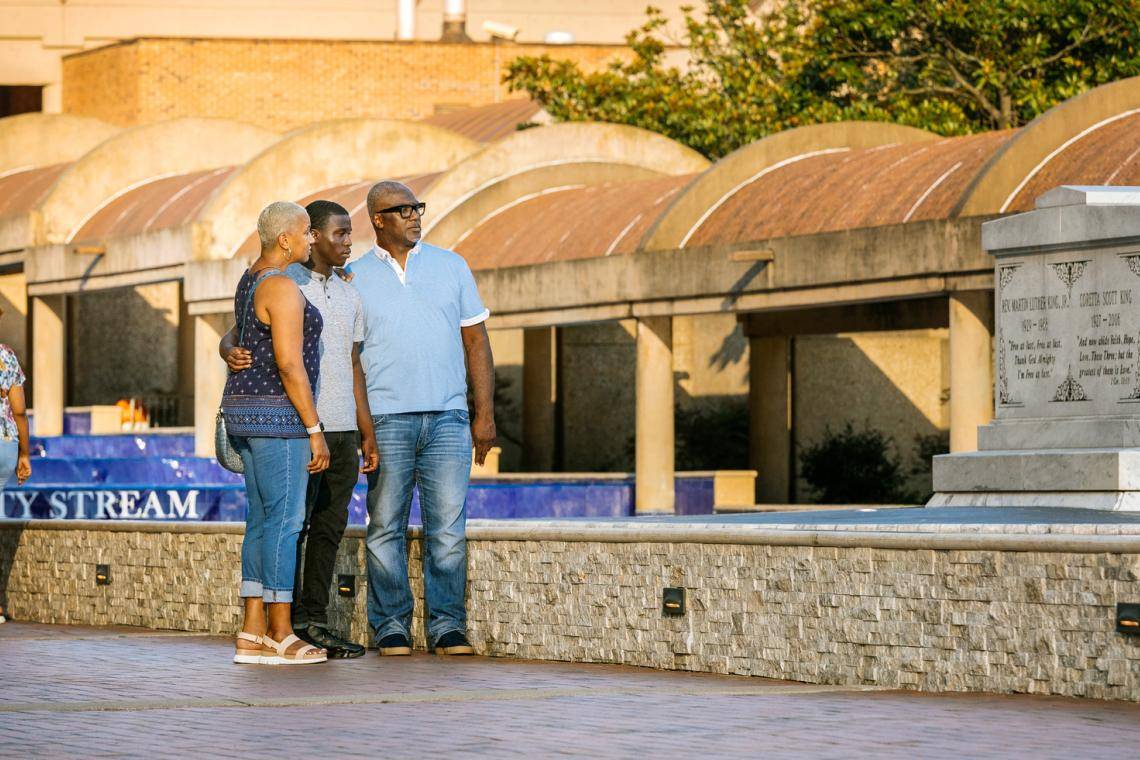 The legacy behind the man who shaped a nation lies in Georgia's capital.

It took a tremendous amount of courage for Martin Luther King, Jr., and the Freedom Fighters to buck the system of segregation and demand civil rights. After touring the Martin Luther King Jr. National Historical Park, one wonders: Would I have that type of courage if the time came?

Place Yourself in History

President Lyndon B. Johnson signed the Civil Rights Act in 1964, prohibiting discrimination in voting, education and the use of public facilities. It’s hard to imagine “Whites Only” signs and schools segregated by race; yet much of Atlanta was still divided into the early 1970s.

It can be especially hard for kids to grasp the idea of a world catering to whites only. The Junior Ranger Activity booklet, available for free at the Ranger Station, guides children through the museum with fun activities, and it helps them understand the struggle for civil rights. Once children complete the activities in the booklet, they receive a Junior Ranger badge and certificate. Historic trading cards also are available for free at the front desk.

Beyond the Visitor's Center: A Tour of the Sweet Auburn District

To truly get a sense of the influences that shaped Martin Luther King, Jr., into the man he became, spend time exploring the Sweet Auburn neighborhood. Sweet Auburn, once known as “the richest Negro street in the world,” was a six-square-block area that was the home for Atlanta’s wealthy and educated African-American community through the 1960s.

Many of the city’s first black-owned businesses were along Auburn Avenue. It was here that Martin Luther King, Jr., grew up and where he began the civil rights movement that was the catalyst for change and racial equality.

Guided tours are available of the Martin Luther King Jr. Birth Home. However, only 15 people are allowed per tour, and tickets are given on a first-come, first-served basis at the Visitor’s Center. There is no way to call ahead or pre-order, and they go quickly. So, plan your visit early in the day, and reserve your tour as soon as you arrive.

On Jan. 8, 2018, the Martin Luther King Jr. Historic Site was redesignated as the Martin Luther King, Jr. National Historical Park, and its boundaries expanded to include the Prince Hall Masonic Temple at 330 Auburn Avenue NE. The temple was the headquarters of the Southern Christian Leadership Conference (SCLC) during the 1960s.

Take the Atlanta Streetcar from Centennial Olympic Park, home to the National Center for Civil and Human Rights, directly to the Martin Luther King, Jr., Historic Site and the Municipal Market, a perfect place to sample food from around the world and enjoy lunch. 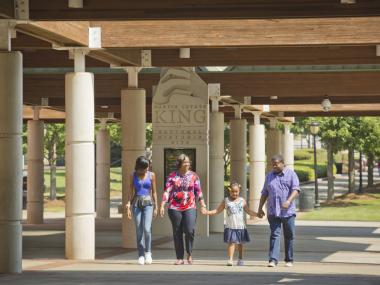 How to Talk to Kids About Civil Rights History in Georgia

Indulge kids' curiosity about civil rights leaders and events with help from historic sites and resource centers in Georgia. 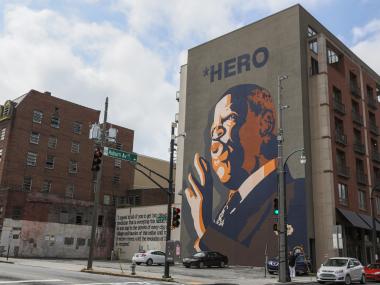