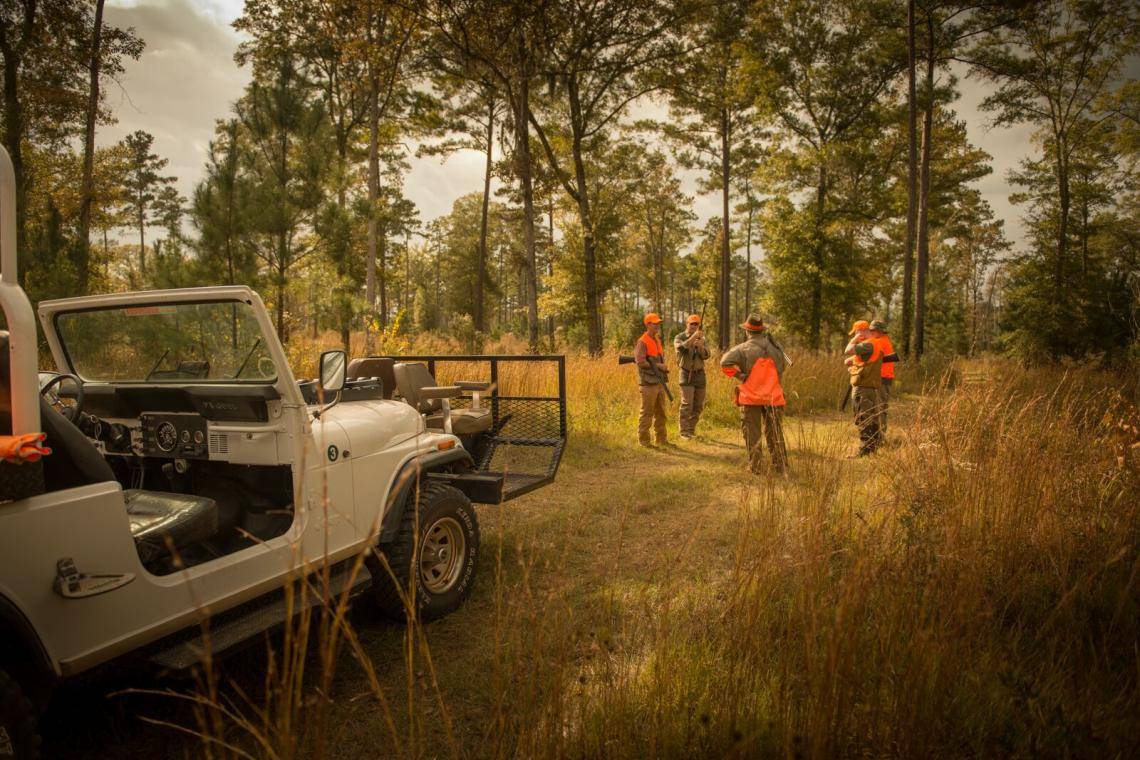 A few years ago my grandfather, "Pawpaw," was travelling through Illinois. He had stopped at a service station to deal with some truck issues. While waiting on his vehicle to be repaired, he noticed a man whose truck had "dog boxes" in the bed (these are large, metal crates used for transporting hunting dogs). Being a true Southerner, Pawpaw struck up a conversation with the stranger with the dog boxes by asking him, "You bird hunt?" The man nodded yes, and the two began to swap old quail hunting stories.

Anybody that has been around quail hunting much knows that most bird-hunting tales feature an old bird dog as the main character. Anecdotes of the best dogs, the worst dogs, and the funniest dogs led to more personal dialogue. Upon learning that my Pawpaw was from North Alabama, the man from Illinois promptly asked, "Well, did you ever know a guy that bred English Pointers named Tom McNeal from Cullman, Alabama?" With a smile on his face, my Pawpaw energetically responded, "I am Tom McNeal from Cullman, Alabama!" Of course, the quail hunter from Illinois was actually referring to my Pawpaw's uncle Tom whom I never had the pleasure of meeting, but who is commonly known in my family as "The Colonel" because of his longtime position within the U.S. Air Force. Nevertheless, my Pawpaw got a kick out of the small world encounter, and the occurrence has been forever logged into the official Colonel story canon. 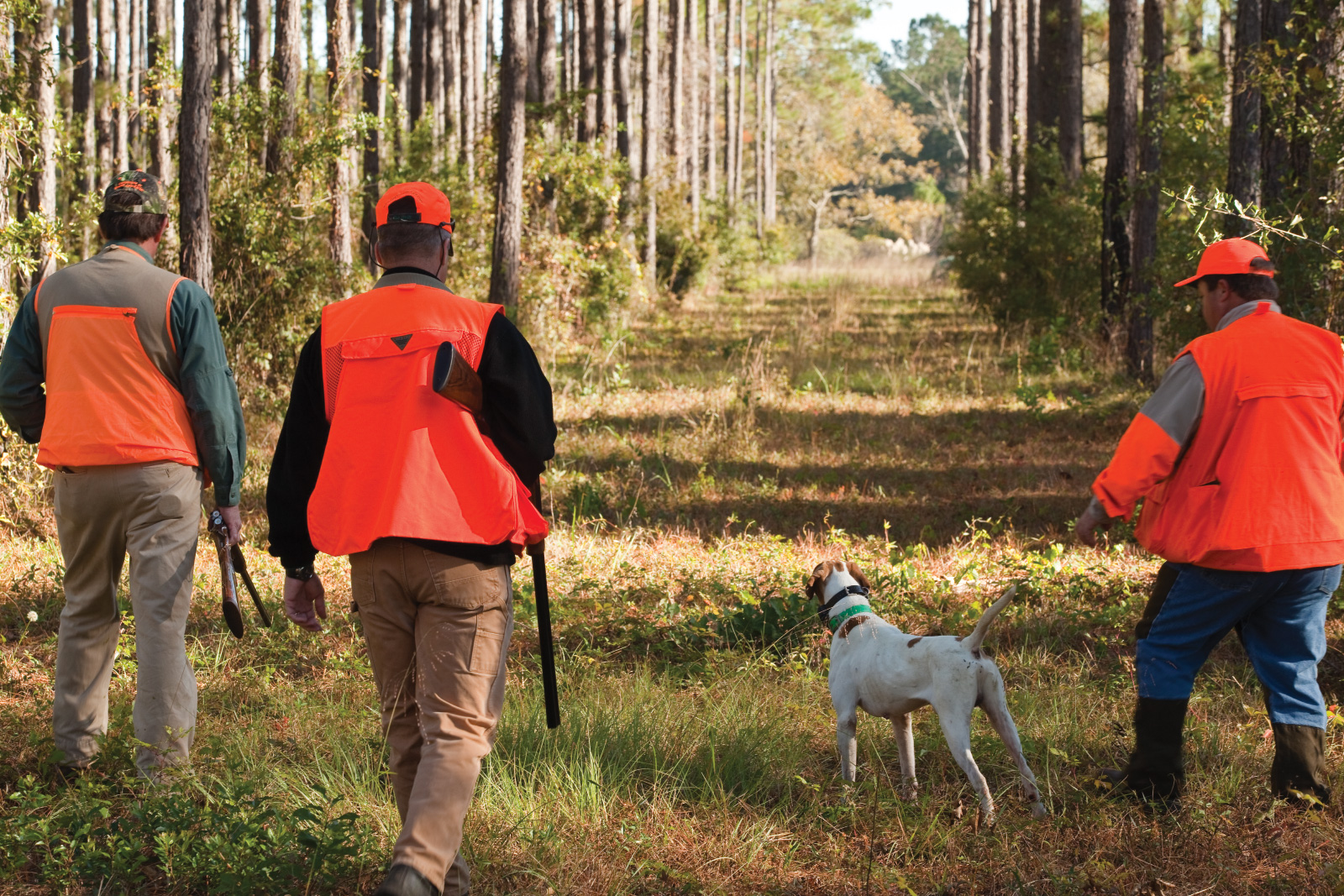 I come from a long line of bird hunters. The reason the man from Illinois knew who my great-great uncle Tom was because he was a well-known breeder of top-of-the-line English Pointers. The Colonel hunted and competed in field trials all over the country, and even had a dog reach Hall of Fame status. Subsequently, my Pawpaw, my dad, and my uncle all took up the sport of quail hunting. My dad tells stories of leaving in the morning with a few dogs and walking field after field all day, jumping covey after covey of wild birds. Unfortunately, it is not as easy for me and my cousins to carry on the family tradition. Once a widespread national pastime, quail hunting has become a much more difficult sport to participate in. Land access issues have limited many hunters from pursuing quail, but the main reason there is less quail hunting than in generations past is, well…. there simply aren't many birds to hunt anymore.

The Northern Bobwhite AKA "quail" is a small species of upland gamebird that depends on a specific set of habitat parameters to thrive. First and foremost, quail need large, contiguous expanses of suitable habitat to produce sustainable populations. Quail can succeed in many types of upland habitats such as grasslands, early successional habitats and forests. They travel in flocks known as "coveys" comprised of approximately eight to 25 birds. The species requires a proper balance of cover from both aerial and terrestrial predators combined with terrain that is open enough to forage and fly away if the need for a winged escape arises. 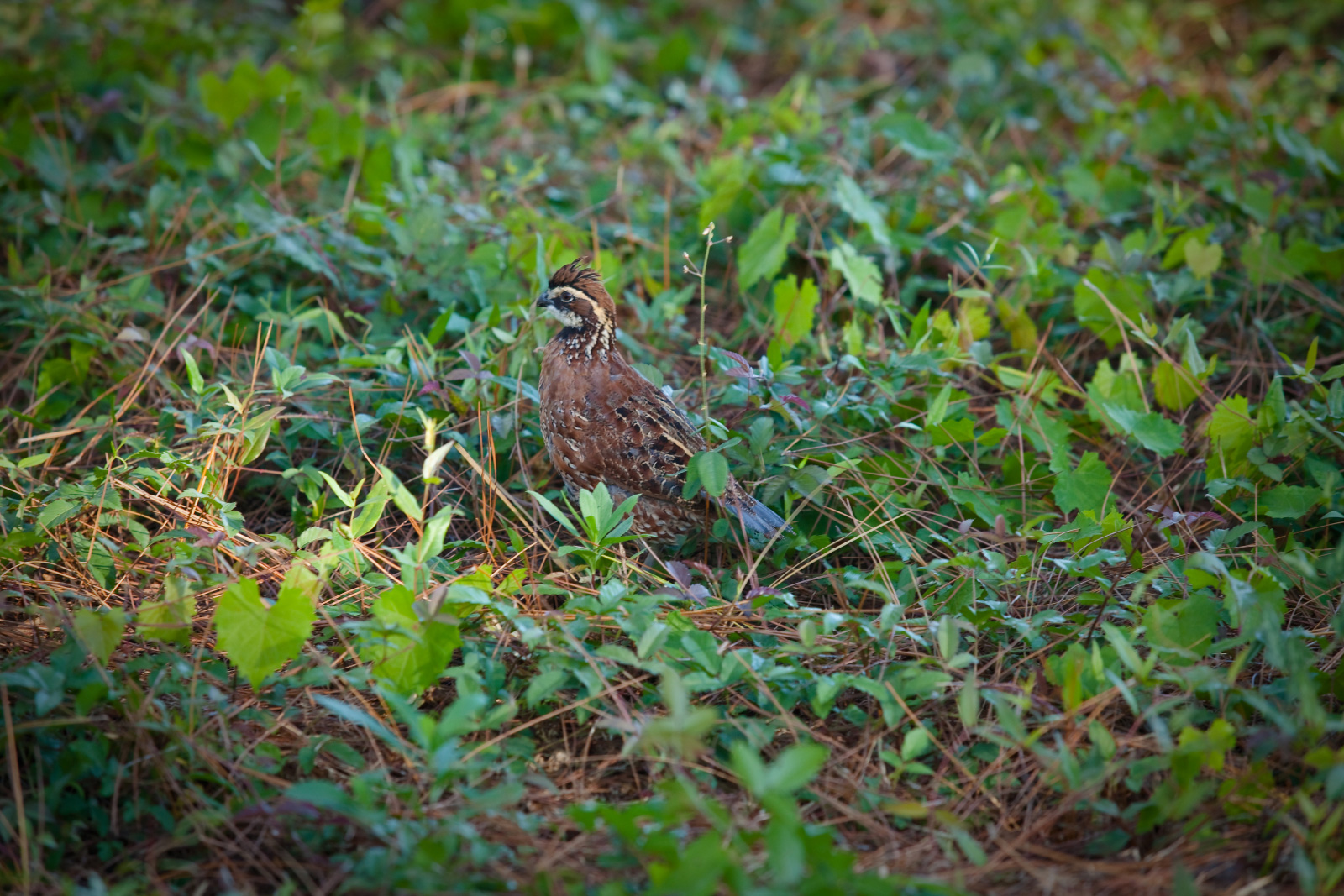 Human population rise and technological innovation have contributed largely to the decimation of southern quail populations. As urban centers grew and technology allowed humans to live further from cities, more people continued to disperse and infiltrated rural areas. This has caused both severe habitat loss and habitat fragmentation. Fragmentation occurs when roads, developments and unsuitable land uses break up suitable habitat into small patches that do not promote quail population success.

Technology also allowed widespread industrial agriculture to dominate the southern landscape. Intensified agriculture perpetuated the habitat loss and fragmentation issue and caused a severe shortage in quail food. Quail chicks require the protein from insects to grow, and during most of the year adult birds eat seeds of small plants that were formerly found in forests and agricultural fields. Herbicides and pesticides diminished quail food sources to a point where populations could not continue to be sustainable. Farmers learned that pasture grasses like fescue and Bermuda were excellent hay-producing grasses for livestock. They were not aware that quail could not survive in these grasses like they did in the native grasslands. During the 1940s, only 10% of pastures in the South were fescue, and now more than 90% of pastures in the South are fescue. Cumulatively, these factors have stacked the odds heavily against these little creatures.

Despite all the doom and gloom of the current status of the Northern Bobwhite, there is a bright side. We live in what many would argue is the best state in the country to hunt quail. In many parts of Georgia there are still very active quail hunting scenes, especially in Southwest Georgia and the Thomasville area. When one walks through the pinewoods of a plantation near Albany or Valdosta or Thomasville, it is easy to lose yourself in some distant place back in time. 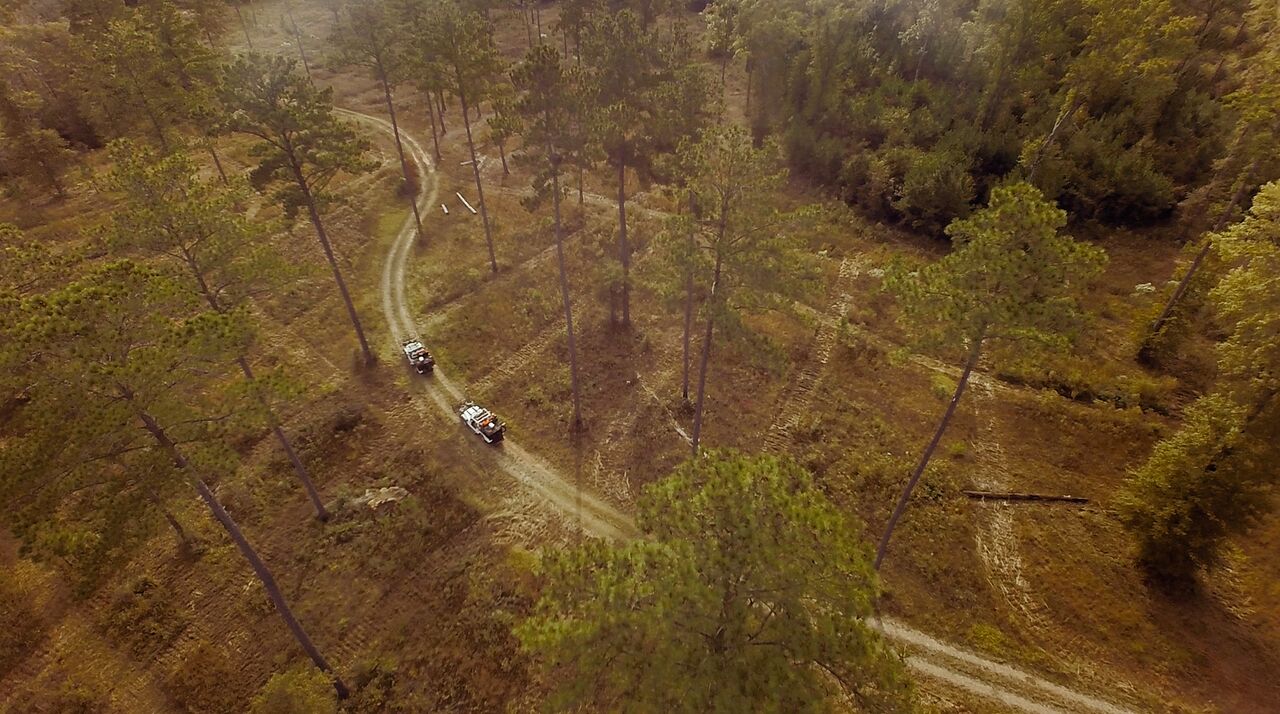 There are many places all over South Georgia where hunters can still pay to hunt quail. These operations range from extremely pricey plantations where guests get treated to luxury accommodations and world-class hunting to just paying a local resident to put birds out on his land and then go hunt them. The latter is more common than one might think. As previously stated, wild quail populations aren't doing that great, so the most common answer to that problem is raising birds in pens and then putting them out on land to then be pursued. Hunting wild birds usually comes with a hefty price. The properties that have managed their habitat in a manner that promotes wild covey survival have invested heavily in their land and usually have the capital to provide the nicest accommodations to hunters, as well. Thus, the experience is provided at a premium. However, there are also many extremely nice plantations and hunting outfitters in the state that utilize pen-reared birds.

Many hunters still exist who raise dogs and coordinate hunts on their own. Jase Brooks (pictured) and his father still raise birddogs and quail hunt regularly. They hunt wild birds on public lands like Wildlife Management Areas with some success, but also purchase pen-reared quail to turn out onto family and friends' properties to subsequently hunt.

I have personally experienced all types of quail hunting in Georgia that I have mentioned, and they are all extremely enjoyable in their own way. Watching a wild bird flushed by a dog and fly at what seems like the speed of light is a thing of wonder. Staying in a nice plantation house or hunting lodge and spending time with my dad hunting pen-reared birds is something that I would do any day of the week. Buying a box of pen-reared birds and putting them out in a field to hunt might seem like an odd thing to do to many, but what we're doing — what guys like Jase Brooks are doing — is saving a pastime and a culture and promoting the conservation of these special birds. The more people that care about hunting the Northern Bobwhite, the better chance we have of bringing their populations back to historic population levels. I believe that eventually, with better education and understanding, we will see a comeback from quail, and I'll be able to tell my grandchildren some great old bird hunting stories. 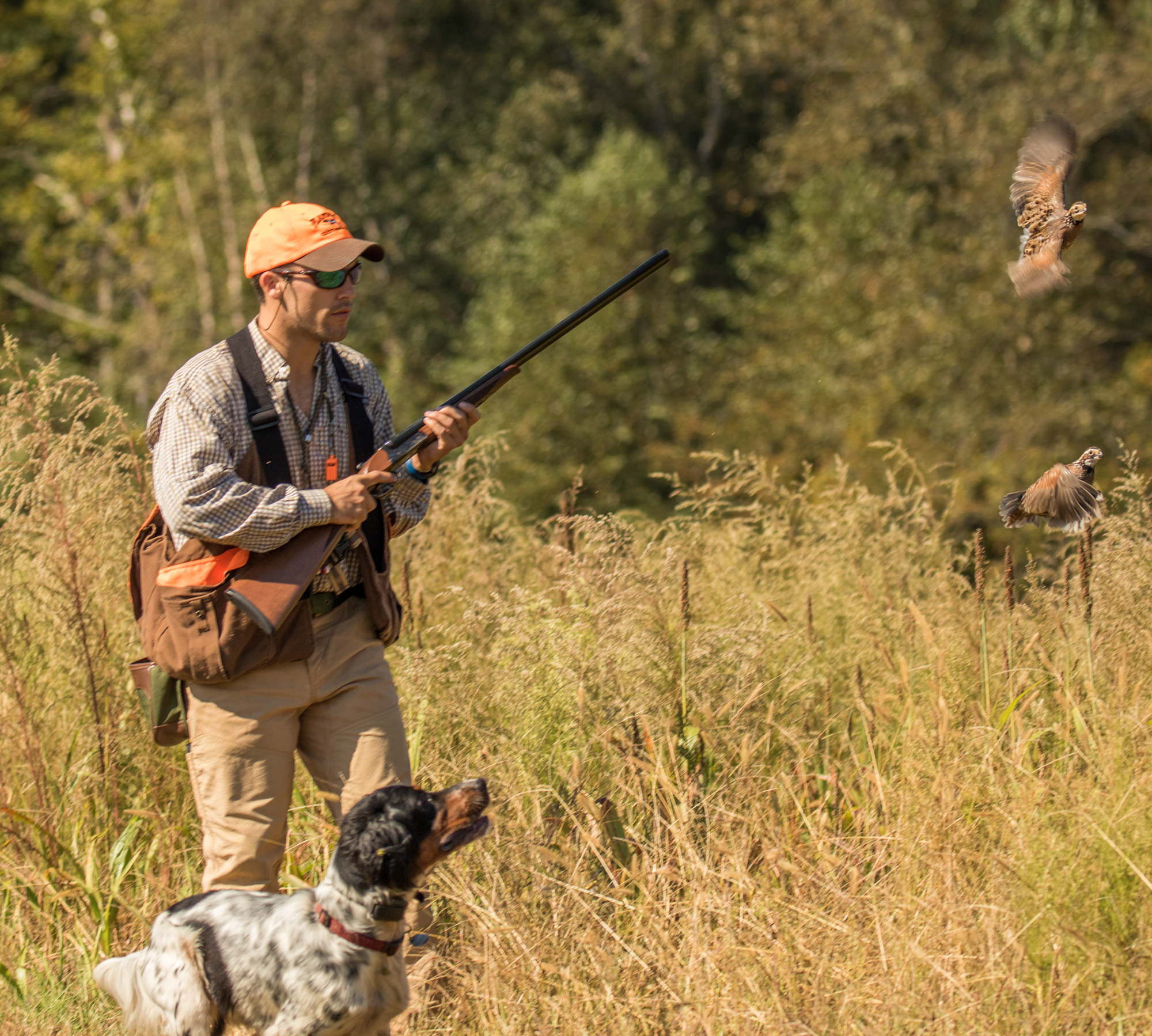 Hunting license – Small game licenses are available at https://www.gooutdoorsgeorgia.com. (Quail hunting season is from the second Saturday in November through the end of February.)

Hunter orange clothing – This is often provided by plantations, but it's always good to bring your own. You need some combination of hat, shirt or hunting vest that provides adequate coverage and safety.

Eye protection – It's always responsible to wear protective glasses when shooting firearms (sunglasses do the trick).

Shotgun – The most common gun used is a 20 gauge in either an over/under or a semi-automatic, but people use everything from a .410 to a 12 gauge.

Hunting vest – These are extremely useful in the field because they offer large pockets for carrying extra shotgun shells and contain a "bird bag" pocket in the back for stowing successfully shot quail on-the-go.

Places to Hunt Quail in Georgia 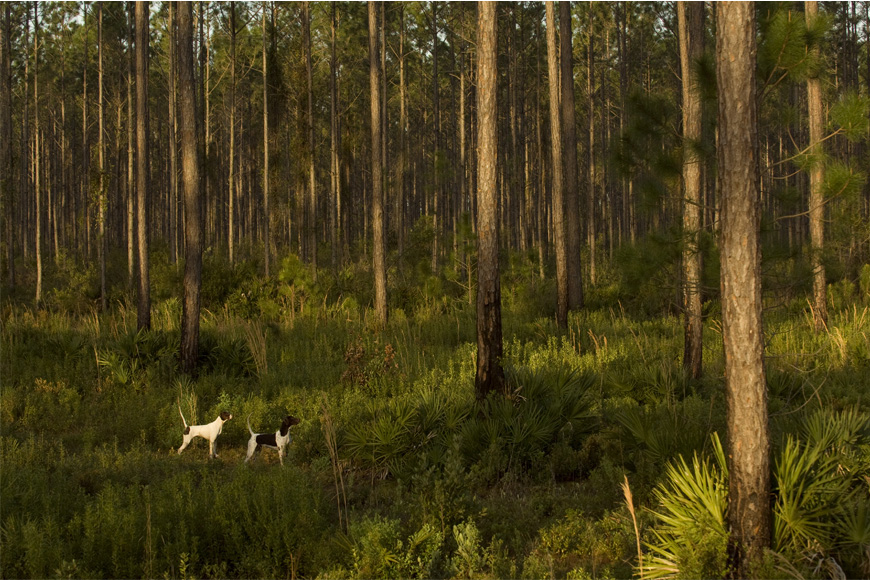 Digital Puzzles to Enjoy at Home