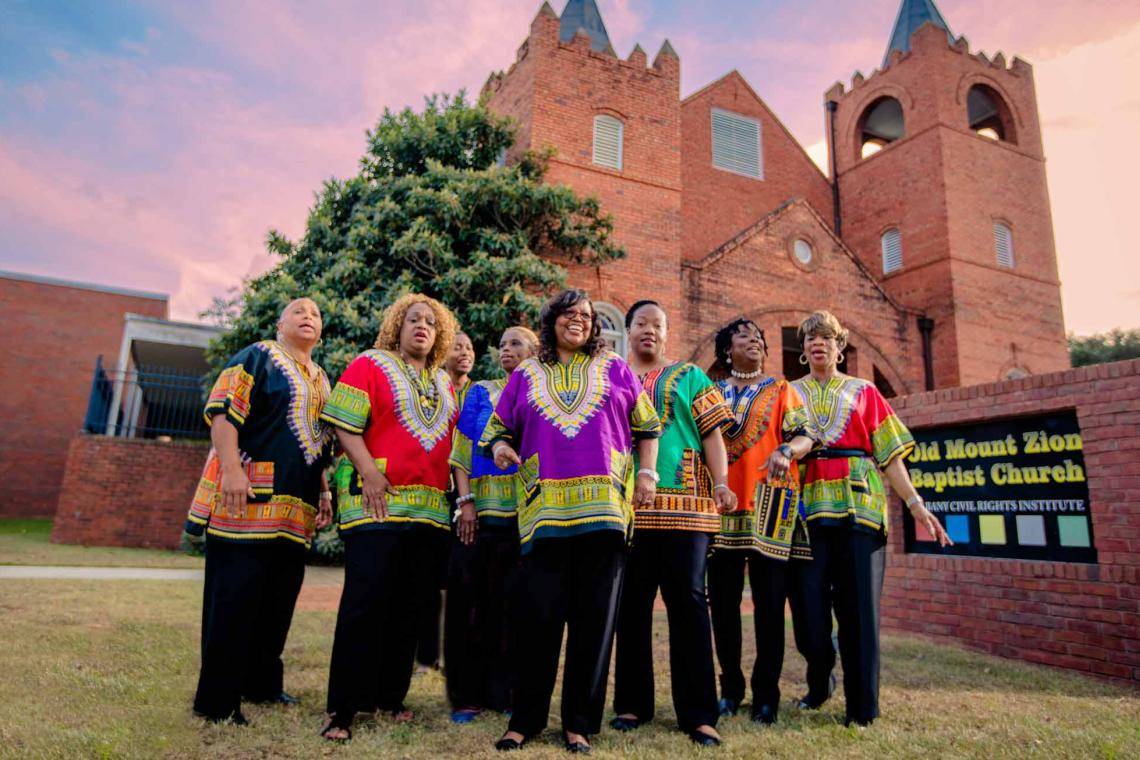 The Freedom Singers perform in Albany every second Saturday of the month. Rutha Harris is in the center, wearing purple.

Still Shining A Light: Rutha Harris and the Freedom Singers

The phrase “living history” is overused, but in this case it applies. The Freedom Singers emerged from Albany, Georgia, in 1962 with a goal of educating communities through song about civil rights. By 1963 they were performing at the March on Washington and the Newport Folk Festival.

Of the original quartet, alto Bernice Johnson Reagon became best known. She moved north, founded the gospel-inflected a cappella group Sweet Honey in the Rock, earned a MacArthur Fellowship, then became an American University professor and a curator at the Smithsonian Institute.

Freedom Singers soprano Rutha Harris chose a more grassroots path. She returned to Albany and still lives with her siblings in the house built by their Baptist minister father. She also continues to educate communities, convening her current edition of the Freedom Singers for an informal program on the second Saturday of each month at the Albany Civil Rights Institute.

The event begins at 1 p.m. and is loosely scheduled for two hours. “If a lot of people come, sometimes we’ll go longer. If no one comes, we still stay and practice,” the 75-year-old Ms. Rutha tells me by phone from a car in Albany. Her niece Angela Gibson serves as the narrator for a program that connects the trail from slavery through the role of the church to the civil rights era and the present day. Ms. Rutha sounds particularly proud of extending this legacy through a Junior Freedom Singers troupe she helped form in late 2015. Comprised of students from elementary through high school, they join the Saturday festivities in alternate months (but will not be part of the February 13 program).

Guests will recognize several familiar tunes, like “This Little Light of Mine.” “Jesus gave it to me, the light, even in my jail cell,” Harris explains. “That one was to be shouted. We only had to add words to that one; we didn’t need to change any. That’s how freedom songs came about — changing a few words from gospel songs. ‘Woke Up This Mornin’ With My Mind On Freedom’ used to be ‘…with my mind on Jesus,’” for instance.

The program includes an interactive component. “I always teach the audience an old song called ‘Dogs.’ It’s about these two Southern families — one black, one white — in the country. The writer noticed that their dogs could play together but their kids couldn't.”

Last week, Harris and her brother Emory drove to Georgia State in Atlanta to lend their voices to a coordinated multi-campus gathering in support of undocumented students. “It was my first protest since the ’60s,” the still energetic Ms. Rutha reports. “I told my brother, ‘I am not going to jail. I’ve done my jail time. If the police ask me to disperse, I will disperse.’” It’s perhaps the only concession Rutha Harris has made to age.

(The Freedom Singers perform at the Albany Civil Rights Institute at 1 p.m. on the second Saturday of each month.) 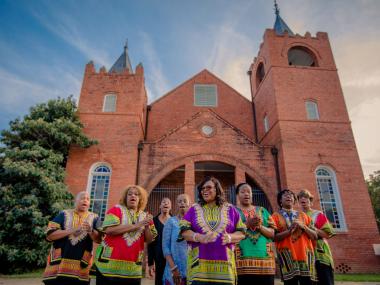 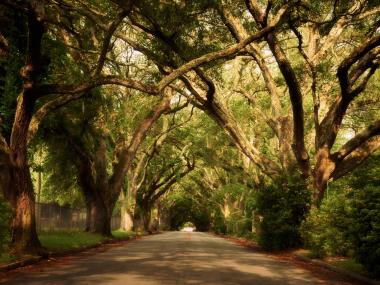 The home of music icon Ray Charles, Albany is filled with things to see and do that are sure to keep Georgia on your mind... 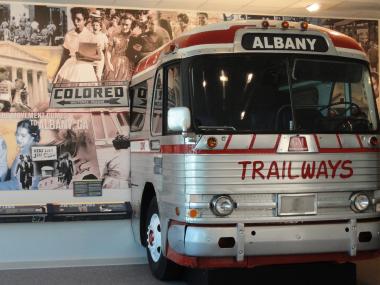 Journey from Albany to Atlanta, your group following in the footsteps of African American legends and civil rights leaders.