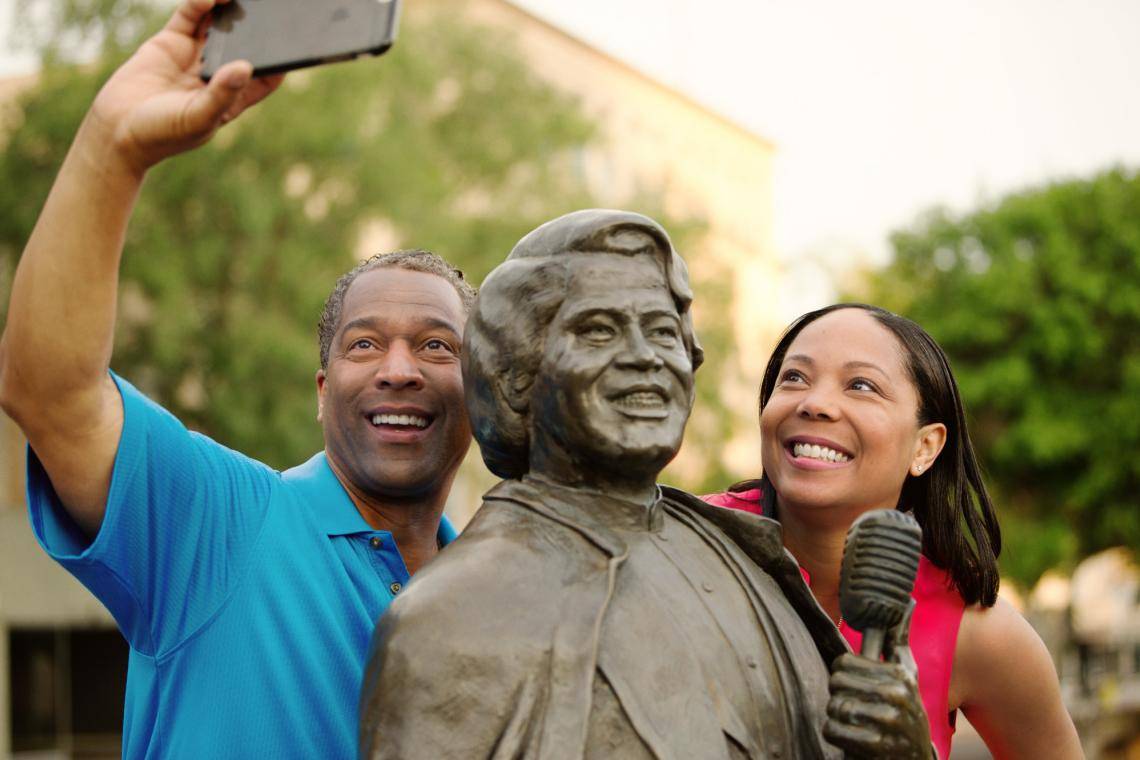 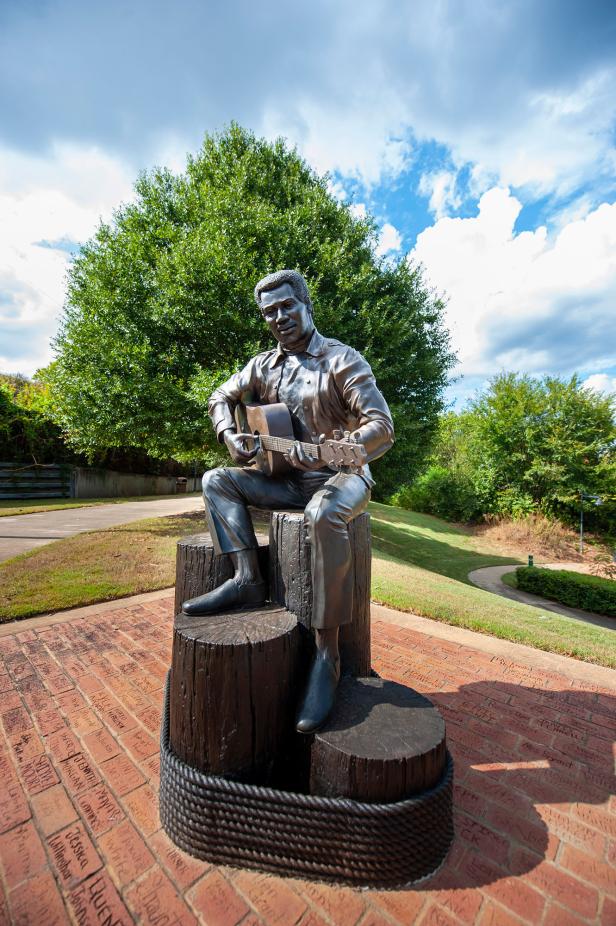 Macon-born Otis Redding was the embodiment of soul. He sang with a ferocious tenderness, captivating audiences with his larger-than-life stage presence; his lyrics were emotional, resonant and sincere. He was on the verge of a career breakthrough when his life was cut short by a plane crash at the age of 26. Four days before his death, Redding recorded “(Sittin’ On) The Dock of the Bay,” the song that would become his most successful commercial legacy.

In 2002, Redding was honored in Macon with a seven-foot bronze statue placed in Gateway Park on the banks of the Ocmulgee River. The statue depicts Otis, sittin’ peacefully on that iconic dock, strumming his guitar, cradled in the soul of his hometown.

The Hardest Working Man in Show Business, the Godfather of Soul, Mr. Dynamite – James Brown amassed a thrilling array of nicknames throughout his trailblazing career as a funk-soul dynamo and showstopping performer. But, he never forgot his roots, and he was proud to call Augusta home.

In 2005, one year before Brown’s death, the city celebrated its hometown hero by unveiling a bronze statue of his likeness – grinning, wearing his trademark cape, standing not on a pedestal but flat on the sidewalk like a true man of the people – on Broad Street downtown. A James Brown cam is nearby, ready to capture your selfie with Soul Brother No. 1 and text it to your phone as a memento. 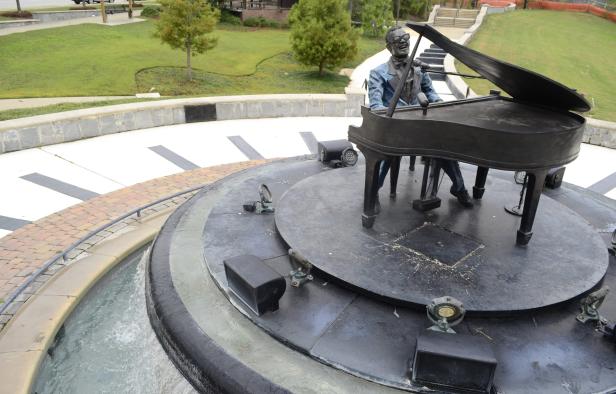 Ray Charles was indeed a genius, brilliant, innovative musician. Throughout his career, he merged R&B, gospel, jazz, country and rock influences to become a true architect of soul music. His version of “Georgia on my Mind” became our state song in 1979.

Albany, Charles’ birthplace, paid tribute to the legendary singer with a downtown park on Front Street that bears his name. The park’s centerpiece is a lighted bronze statue of Charles holding court from the bench of his baby grand piano. Tunes from his impressive catalog serenade visitors who sit nearby on benches made to look like piano keys. 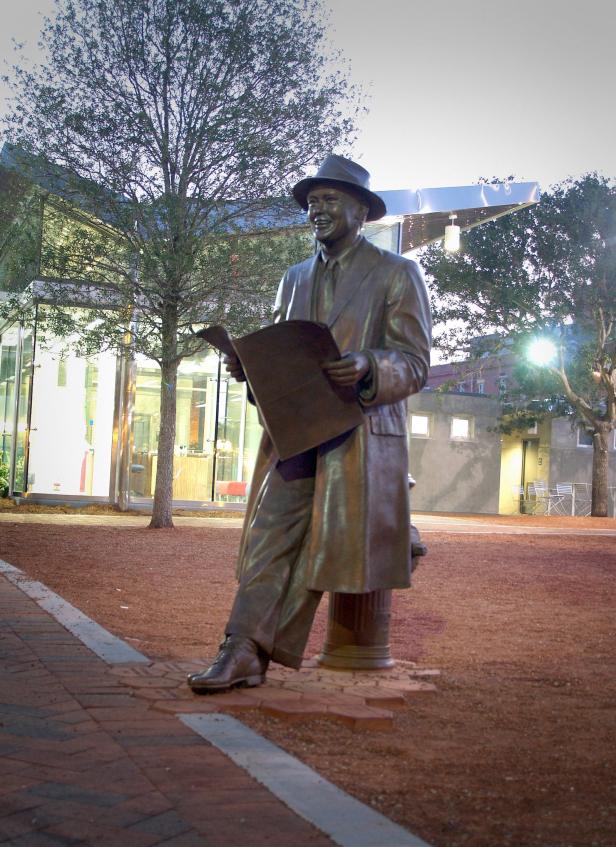 Savannah’s Johnny Mercer is undoubtedly one of the greatest songwriters who ever lived. In a career that spanned half a century, Mercer wrote more than 1,500 songs. “Moon River,” the theme song for the film "Breakfast at Tiffany’s," is perhaps his most famous, and won him one of four Academy Awards.

Mercer’s deep love of his home state always shone through in his wordplay and imagery, and on Nov. 18, 2009 – which would have been Mercer’s 100th birthday – Savannah returned that love by dedicating a statue to Johnny Mercer in Ellis Square. The statue features Mercer, in hat and overcoat, looking up from a newspaper with his trademark gap-toothed grin, charismatic and approachable, just like his songs.

Related Topics:
Music
Uniquely Georgia
You May Also Like 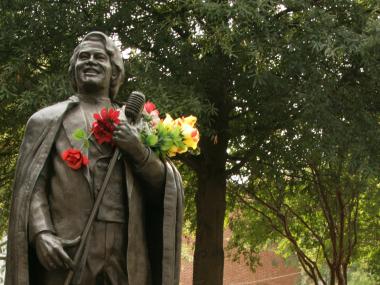 Learn about some of the biggest names in music and discover new artists when you visit Augusta. 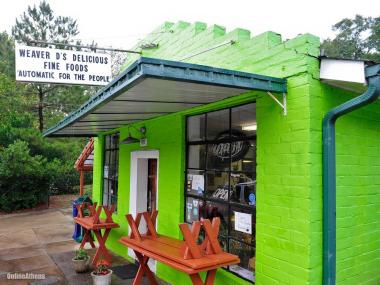 Nothing goes better with a good meal than good music -- or a heaping side of Southern music stories. Here in Georgia, you don’t just...