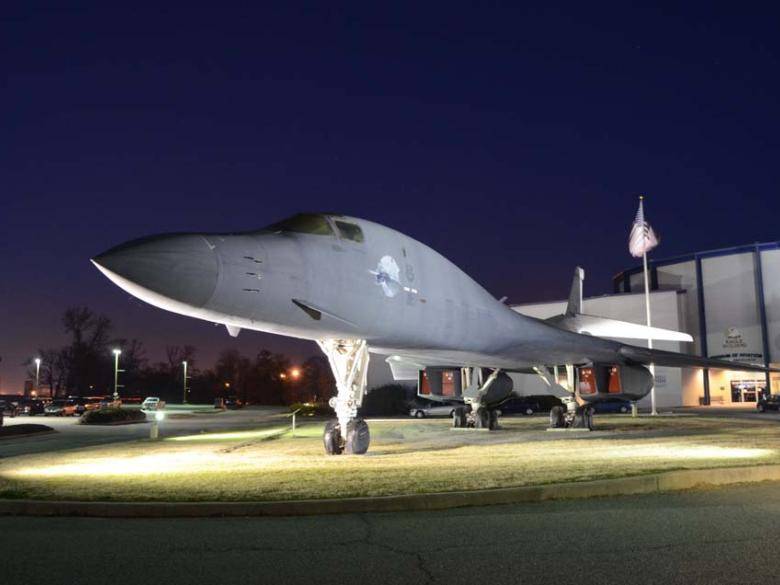 Night view of the B-1B Bomber outside the Eagle Building. 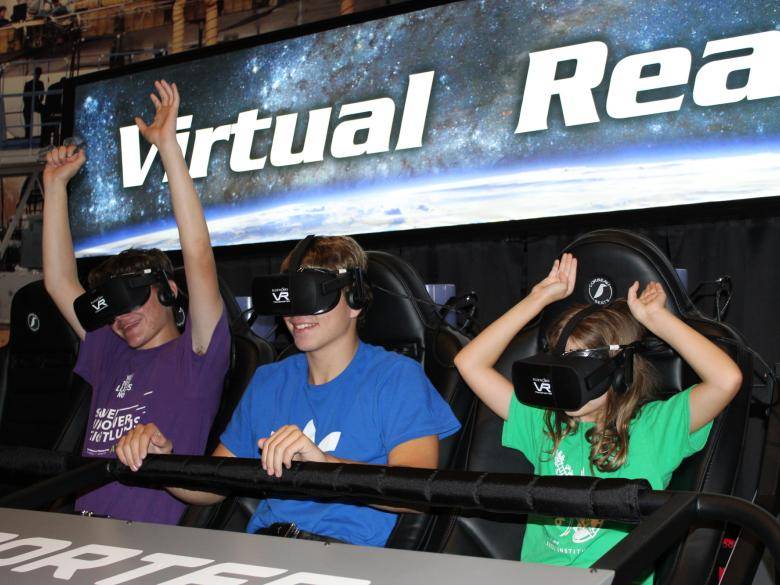 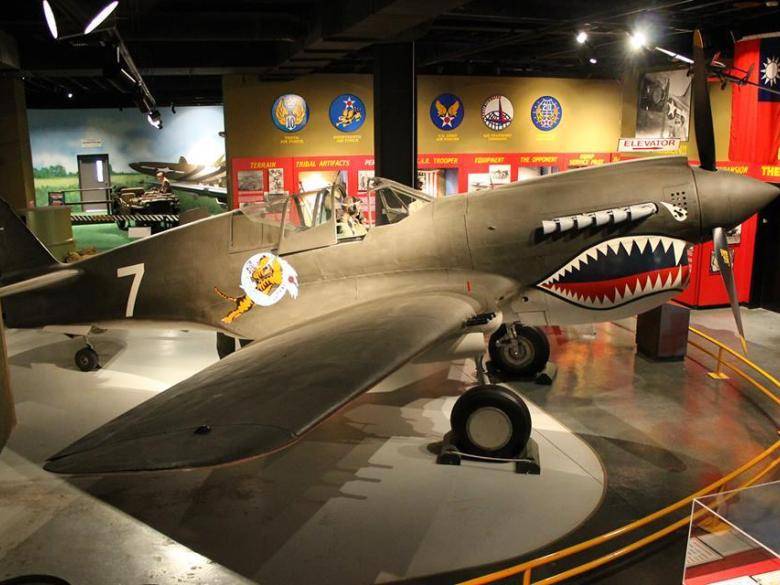 A World War II P-40 “Warhawk” like the one used in China by Ace Pilot and Author Brig. Gen. Robert L. Scott, Jr. is located in the Eagle Building. 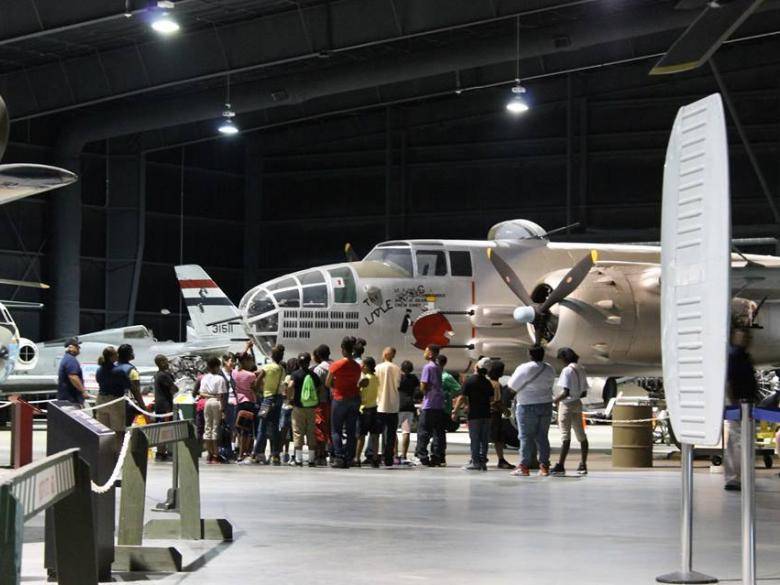 Visitors can schedule a group tour and hear exciting facts and stories about the planes. 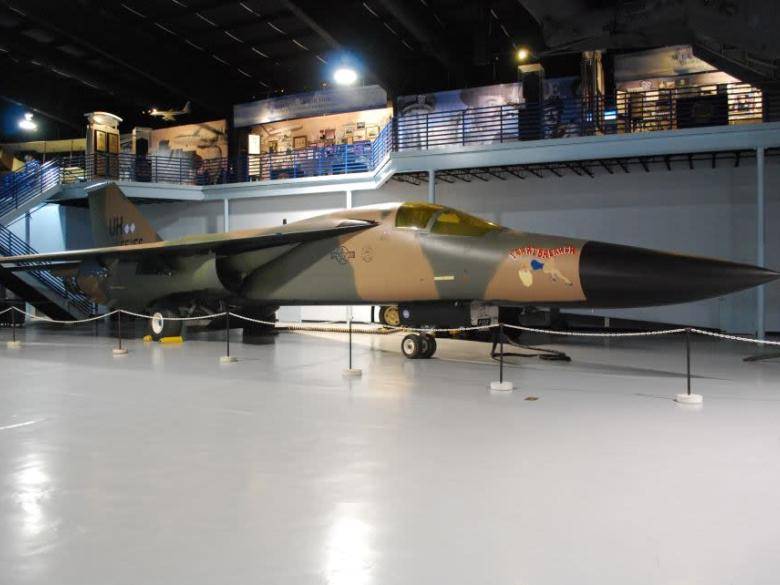 The F-111, located in the Century of Flight, can exceed twice the speed of sound by sweeping its wings rearward. 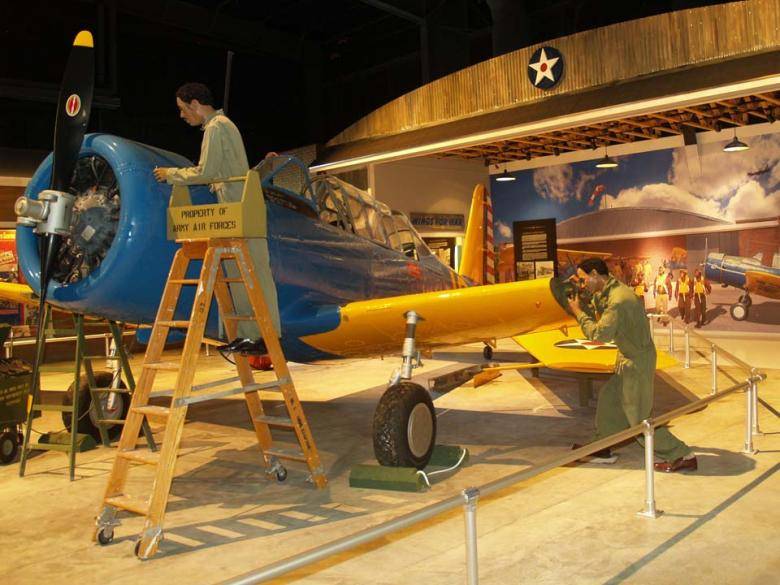 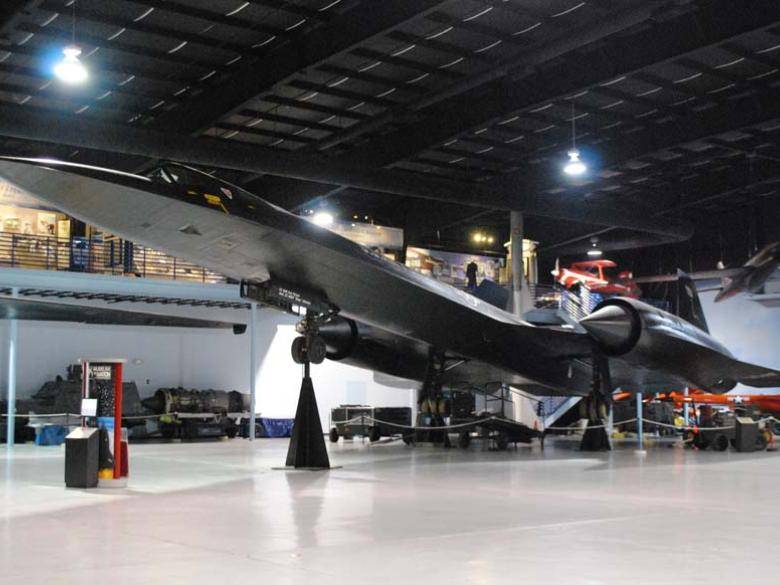 Visitors can walk underneath the world speed record holder, the SR-71 “Blackbird”, in the Century of Flight Hangar. 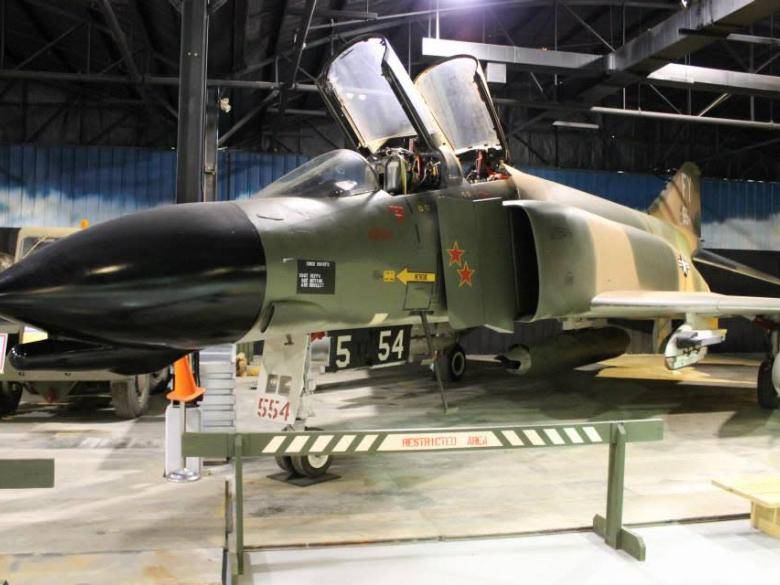 An F-4D, MiG-killer, is located in Hangar One across the walkway from a MiG-17 similar to the ones our F-4 faced in the skies over Vietnam. 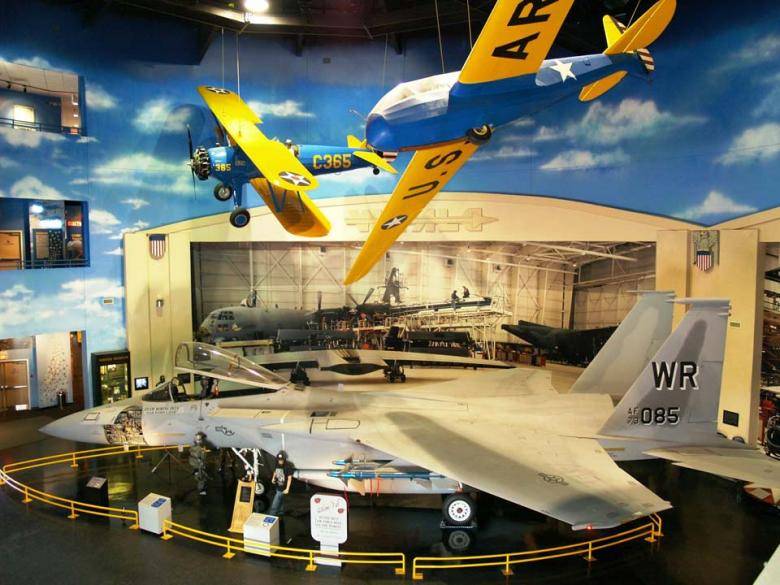 The F-15 “Eagle,” the first plane to accelerate while in a vertical climb, is located in the Eagle Building. 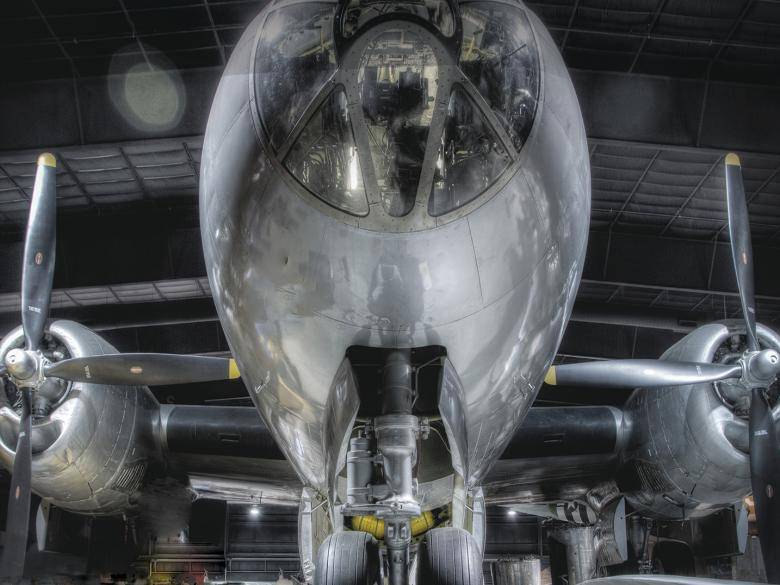 The Museum of Aviation is the second largest museum in the United States Air Force and the fourth most visited museum in the Department of Defense.

The Museum's most notable aircraft include the SR-71A Blackbird, (the fastest plane in the world), the P-40N Warhawk, F-4D Phantom II, B-29B Superfortress, and many more. The Museum of Aviation is also restoring a B-17G Flying Fortress. This restoration project will take another 3-5 years.

Housed in the Century of Flight Hangar at the Museum of Aviation, The Georgia Aviation Hall of Fame honors distinguished men and women who made significant contributions to aviation in Georgia. In the same location, there is a Kid's Zone for children to enjoy.

Guided tours are available for groups of 15 or more.

The Museum has the Jet Fuel Java and Aviation Gift Shop- where visitors can buy gifts and coffee!

The latest addition to the Museum of Aviation is their Virtual Reality Simulator! This is the second location in the state of Georgia to have this technology. $10 per ride, $8 for military and first responders.