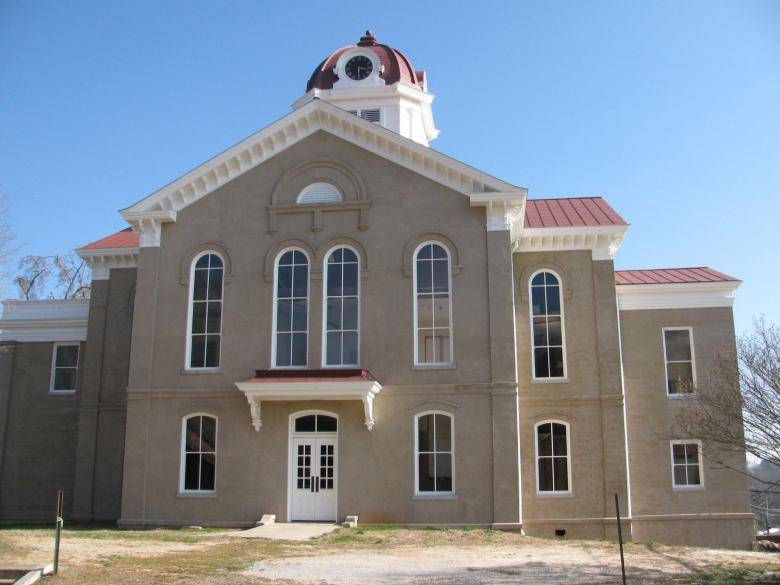 The Jackson County Courthouse, constructed in 1879 with elements of the Neo-Classical style, is a focal point in the City of Jefferson, the county seat. The courthouse's clock tower was added in 1906 and interior renovations were completed in 1978.

The first county courthouse, a log and wooden frame building with an attached jail, was built on south side of the public square; a second, larger, two-story brick courthouse with a separate jailhouse was built in 1817. In 1880, a third was built on a hill north of the square.

The 1st floor of the courthouse is always open for any individual or group to tour.