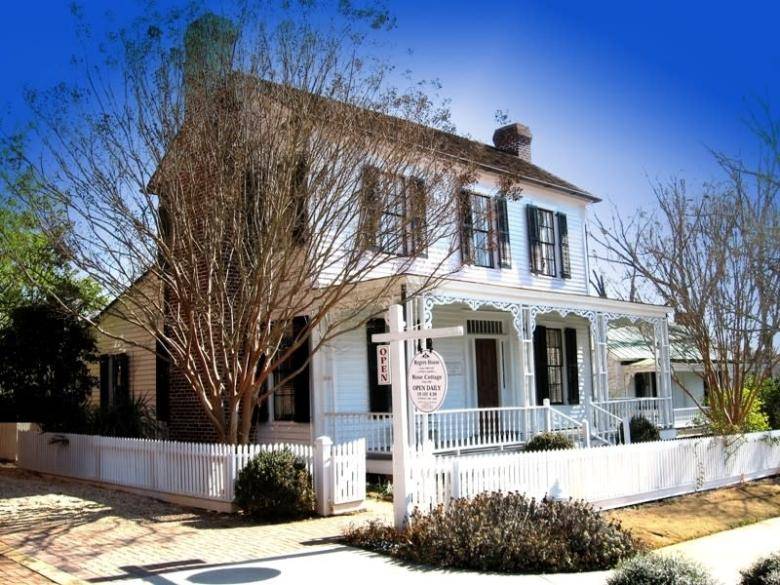 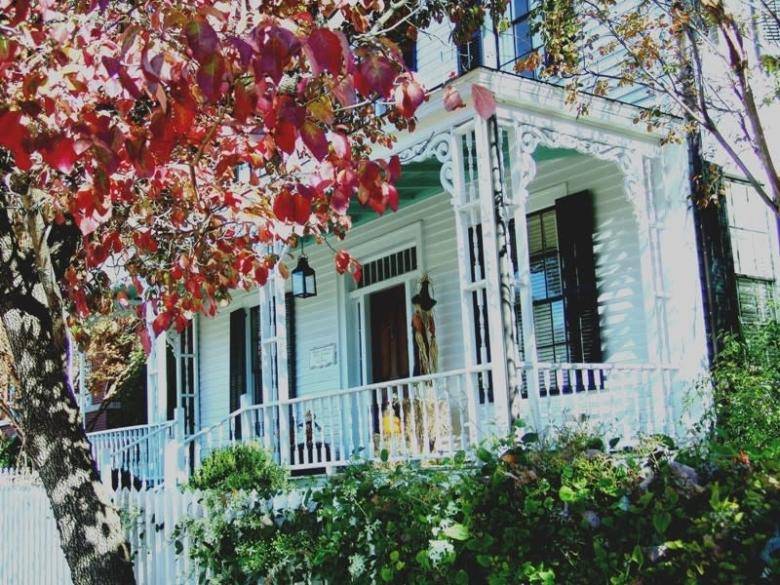 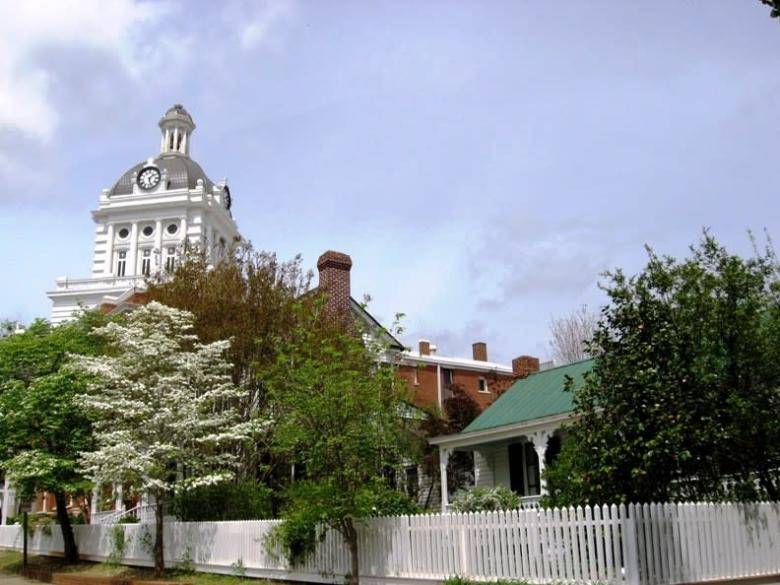 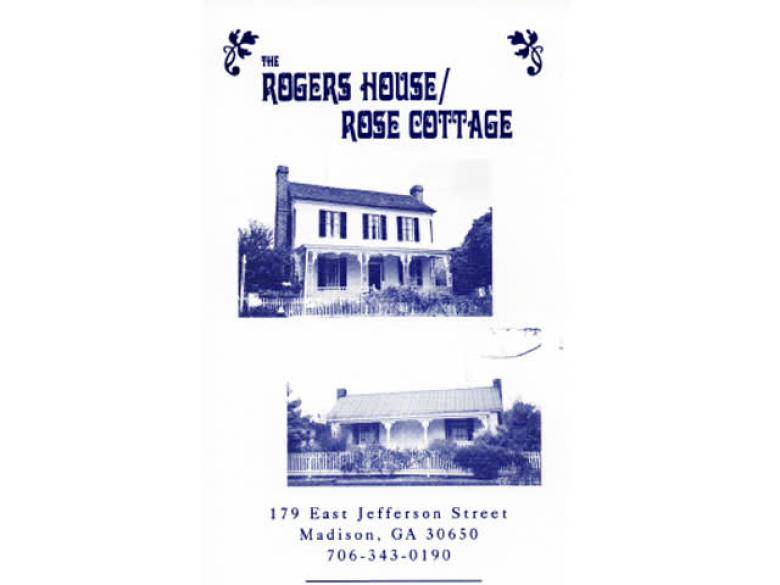 Rogers House - This house is a fine example of Piedmont Plain-style architecture seen throughout the rural Southern United States. Designed as a two-over-two style, the back shed portion most likely was added around 1820 when census records showed that 18 people lived in the house. The house pre-dates the Morgan County Courthouse by almost 100 years. It has been restored using photographs and records from the City of Madison archives and looks as it probably appeared in 1873. Over the years, the house has had 17 owners. Furnishings are representative of the mid-19th century.

Rose Cottage - Adeline Rose built her house in 1891. Little is known of her before October 1891 when she earned her living by taking in washing and ironing at 50 cents a load. Most of her early work was done for the boarders of the Hardy House, which was owned by the mother of the famous comedian Oliver Hardy. Adeline Rose died in 1959 after living in the house for 68 years. In 1966, the City of Madison moved the Rose Cottage to its present location. It was felt that it was very important to save this little house built out of the labor of love of a woman who was born into slavery.