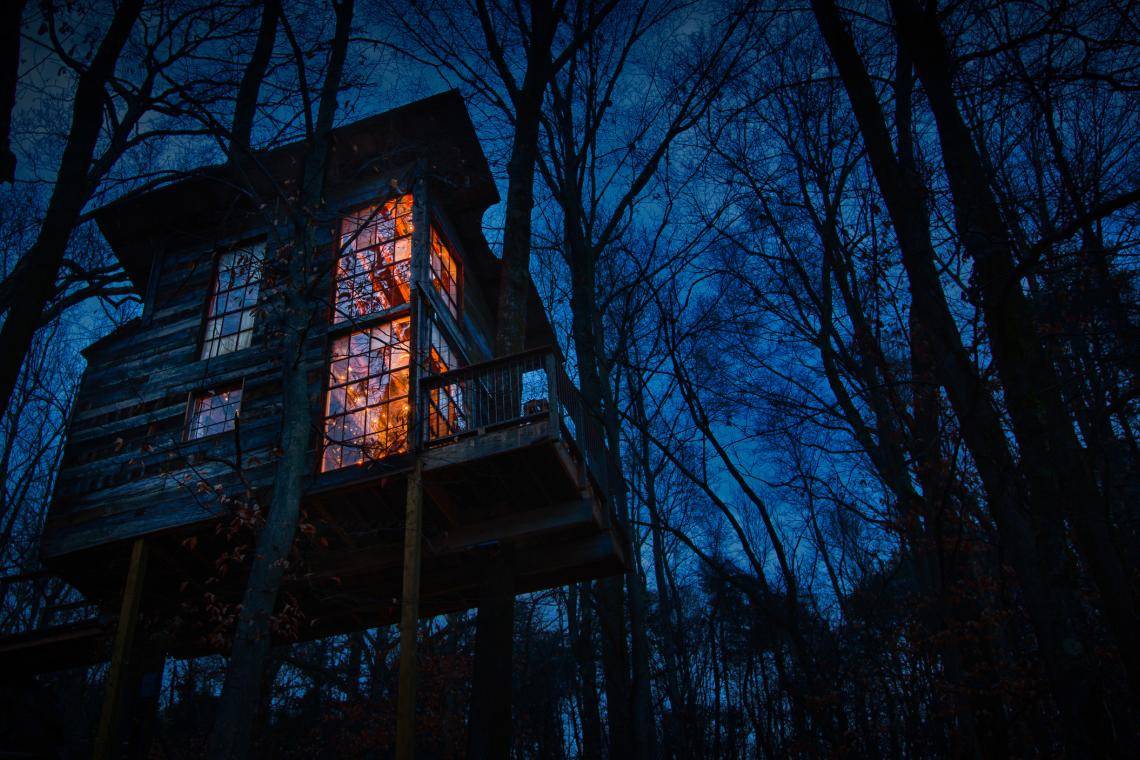 10 Awesome Places to Spend the Night

Sleep in the trees, relax in a claw foot tub, root for the home team and more ways to have the vacation of your dreams in Georgia.

Let this coming year be yours for adventure. There's no better time to explore Georgia and its unique places. But you'll need somewhere to stay. We've chosen a few of the best places to stay around the state, from camping to luxury.

Located on Georgia’s northwest border, the treehouses at Treetop Hideaways are nothing like those of your childhood. The impeccably designed spaces are surrounded by the mountains and built with reclaimed materials. They also have kitchenettes and fire pits as well as top-notch mattresses, Internet and full bathrooms. It’s secluded, but close enough to civilization when you need to grab a bite.

Conestoga Wagon Camping at The Rock Ranch, The Rock

This family-fun landmark located northwest of Macon is a favorite of kids and grown-ups alike with zip lines, hayrides, pedal boats and a climbing wall. The Rock Ranch has Conestoga wagons that offer eight bunk beds with lanterns, restrooms and fire pits just like the ones used in the early settlement of the nation. You can also stay in the tent camping area or private cottages.

Set in the Northeast Georgia Mountains, the Alpine town of Helen takes its inspiration from Germany, so you’ll find hotels and businesses designed in the style of the motherland. But if you’re looking for a different style for your stay, Unicoi State Park & Lodge has diverse offerings, from backcountry campsites to lodge hotel rooms. What makes the property unique is the cabins made from retired wine barrels. They come with full kitchens, living areas and porches overlooking the grounds.

Hostel in the Forest, Brunswick

Don’t let the hostel title deter you. The Hostel in the Forest on the Georgia coast is a unique getaway with treehouses, community meals, sweat lodges and environmentally responsible practices. Tucked away on 133 acres, "hostel members," or guests, can explore the grounds, swim and paddle canoes on the lake, or take part in the frequent lectures and retreats.

Built by Godfrey Barnsley for his late wife, the manor eventually fell into ruins, destroyed by fire. In later years, a German prince purchased the property in northwest Georgia and turned it into a resort. Barnsley Resort has cottages and inn rooms as well as two restaurants. The resort has dozens of activities, including sporting clays, a spa, horseback riding and golf.

The American Hotel Atlanta Downtown - a DoubleTree by Hilton, Atlanta

Recently transformed from a DoubleTree, The American Hotel was Atlanta’s first integrated hotel when it opened in 1962. In fact, it played a role in the Braves relocation to Atlanta. It has been decorated in mid-century modern style with an in-house restaurant. Guest rooms and suites have flat screen televisions, work space, a coffee maker and even a 1960s replica mini-fridge. There's even a pool!

Is that a castle I see? Nope, but ALOT of imagination could transform this historic Jekyll Island Club Resort into one. A girl can dream, right? #jekyllisland #georgia #ga #picoftheday #summerbreak #summer #photooftheday #historic #nature #beautiful #travel #jekyllisland

Founded as a private club in 1886, the Jekyll Island Club Resort became the playground of the rich and famous, including the Rockefellers, Morgans and Vanderbilts. The first transcontinental phone call took place here, and it played a vital role in the establishment of the Federal Reserve. It closed in 1942 but was restored and reopened in 1985 as a resort. There are hotel rooms and cottages as well as multiple restaurant options.

If you’re ever driving through the middle of nowhere Georgia & you need a place to stay-this adorable historic hotel in Americus is the way to go. Loved it! #travel #historichotel #americus #georgia #americanhistory #history #roadtrip

Built in 1890 by a Swedish architect, the Windsor Hotel in the southwest Georgia town of Americus was named for a local businessman. The Victorian and Moorish features include two towers, including the Bridal Suite where Al Capone once stayed, and the Presidential Suite, where President and Mrs. Carter have stayed. After nearly 20 years of closure, the town rallied to reopen it, adding modern amenities like televisions, coffee makers and a business center. It has a bar and restaurant, as well.

What better place to get some work done than our front porch? ☺️ Thank you for this lovely shot @historyinhighheels 😍. #1842reasons to stay with us. 🙌 #1842inn #maconga

The 1842 Inn was built in 1842 in the Greek Revival architecture but has seen some structural antebellum changes since then. The inn now consists of 19 guest rooms, hospitality parlors, service facilities, as well as a courtyard and porches for entertaining. The interior is decorated with fine English antiques and paintings, oriental carpets, tapestries and elaborate draperies. Oprah Winfrey was one of the inn's most notable guests.

The Best of the Rest

Omni Hotel at The Battery Atlanta

Sports fans can now get even closer to the action at the new home of the Atlanta Braves. The Omni Hotel at the Battery Atlanta overlooks the field with balconies and an elevated pool deck. Decor is inspired by America’s favorite pastime. It’s home to Achie’s, a restaurant by Top Chef star Hugh Acheson. The Battery Atlanta entertainment complex is just steps away.

This chain creates boutique hotels in college towns, and Graduate Athens is in the perfect location in the Classic City. Rooms are furnished with details related to the University of Georgia. There's also an in-house coffee shop, spa and music venue. Relax in the outdoor pool, or borrow one of their complimentary bikes to see the city.

Monastery of the Holy Spirit, Conyers

Did you know that you can stay in a functional monastery in Georgia? The Monastery of the Holy Spirit offers retreats for solitude and silence. Lodging and meals are included in the rate, and you can follow the schedule of the monks. People of all faiths are welcome. It's also close to downtown Conyers and Davidson-Arabia Mountain Nature Preserve. 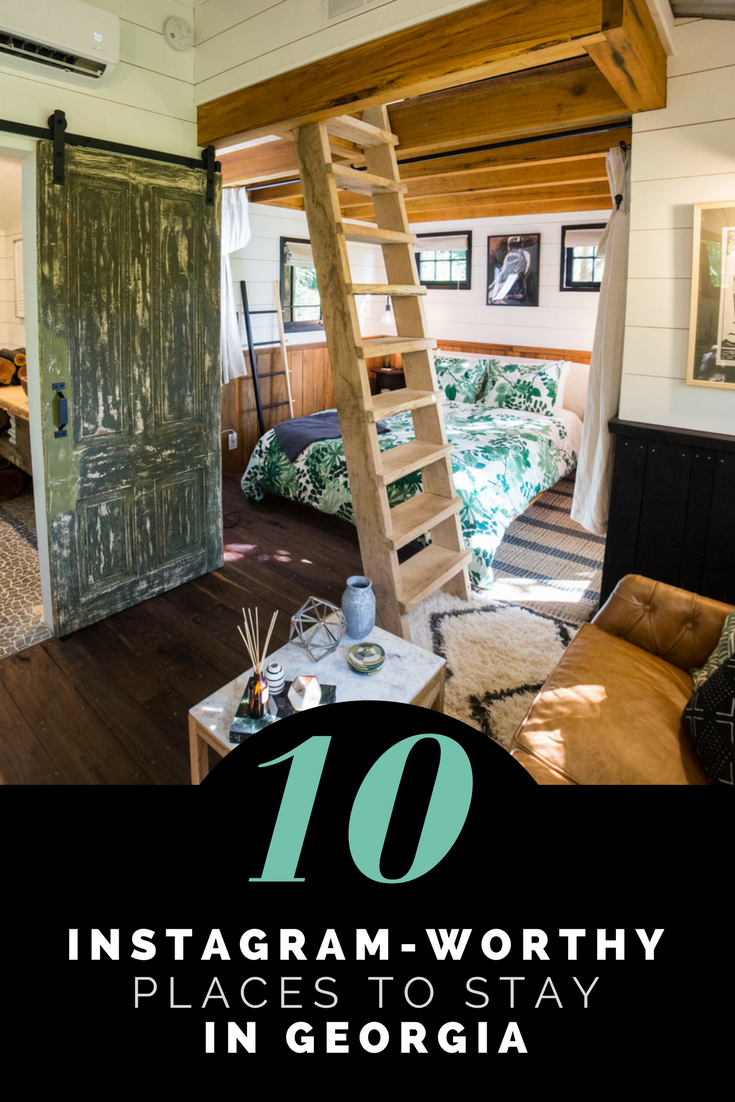 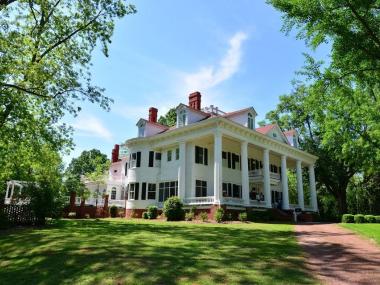 From dining to overnights, Georgia has no shortage of romantic locations, and as the film... 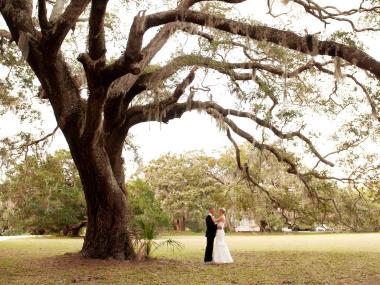 Best Places to Propose in Georgia

There are certain life events that you know ahead of time are going to be... 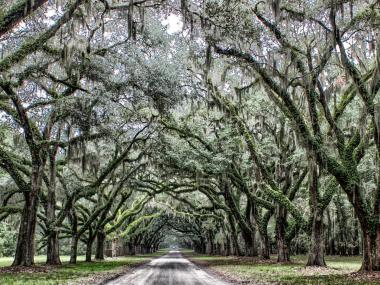 9 Winter Getaways that will Conquer Your Cabin Fever

When it gets chilly outside, and you're dreaming of beaches and sunshine, it might be...