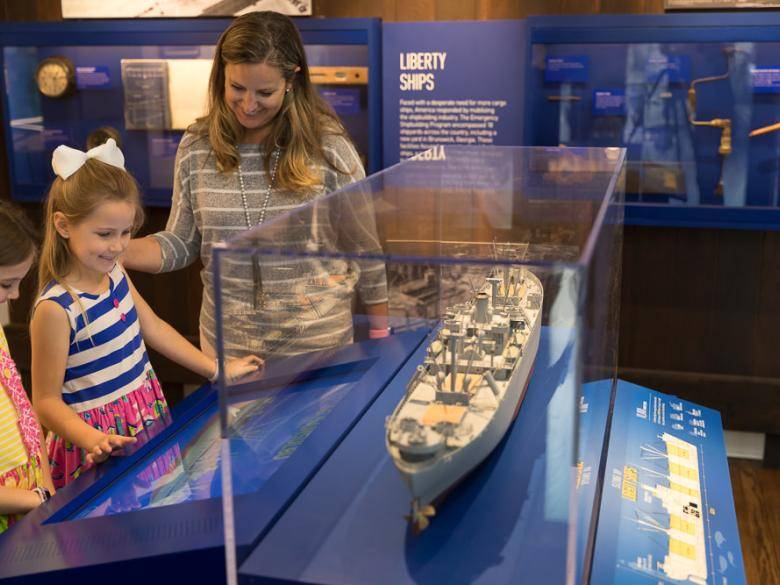 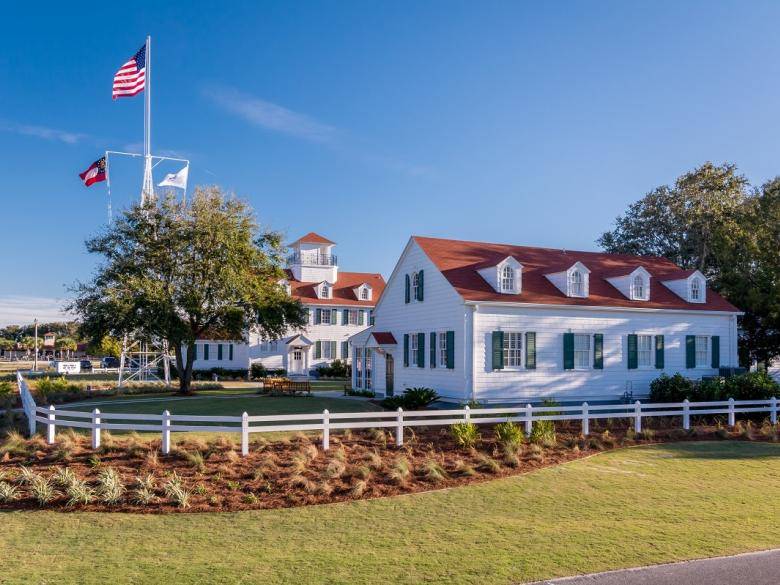 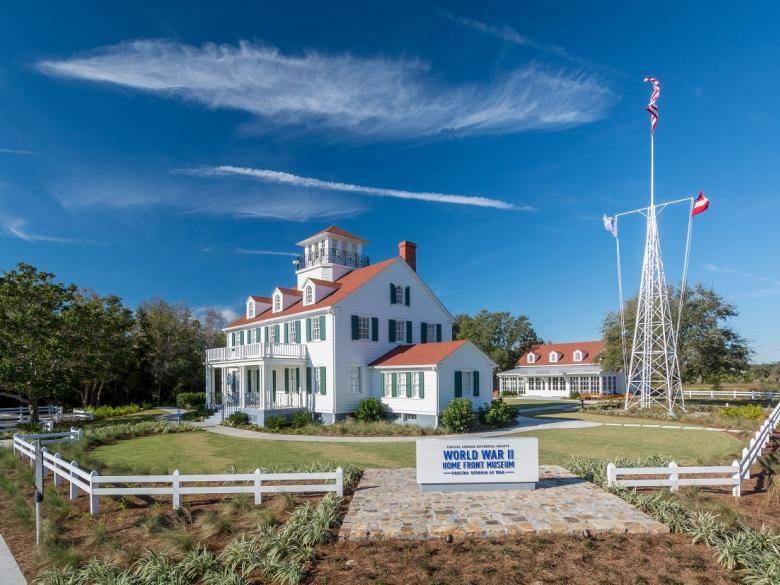 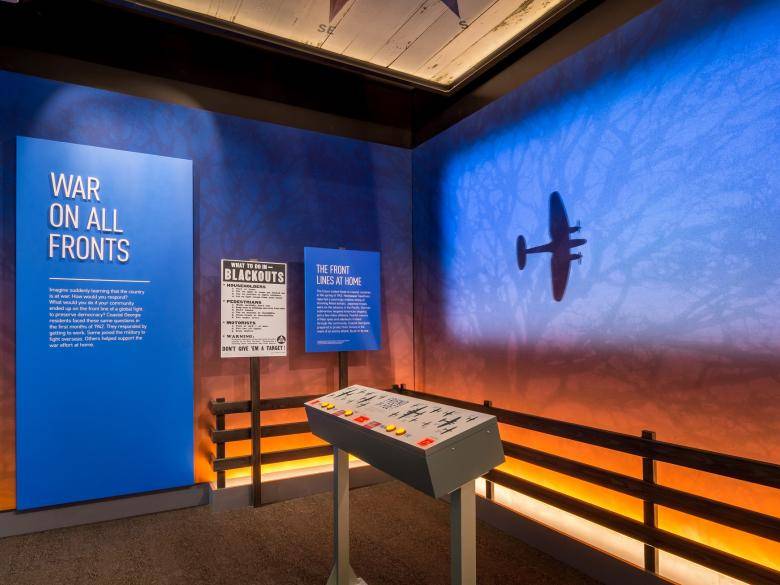 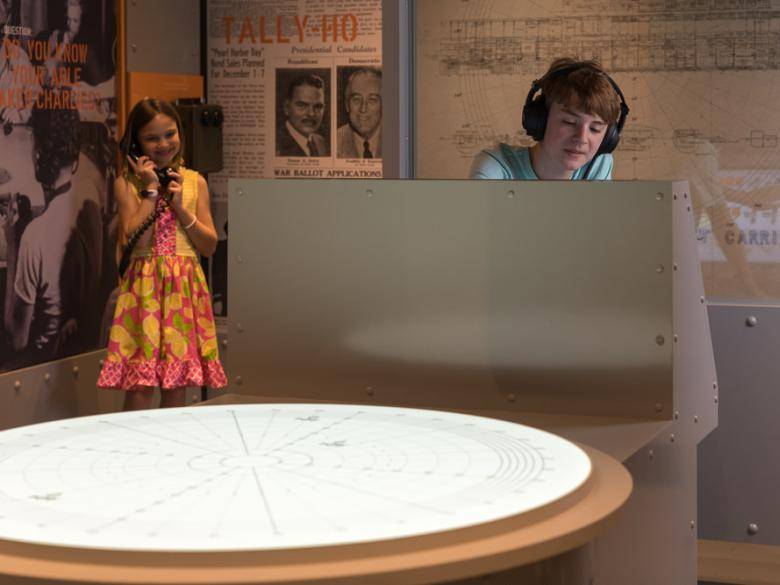 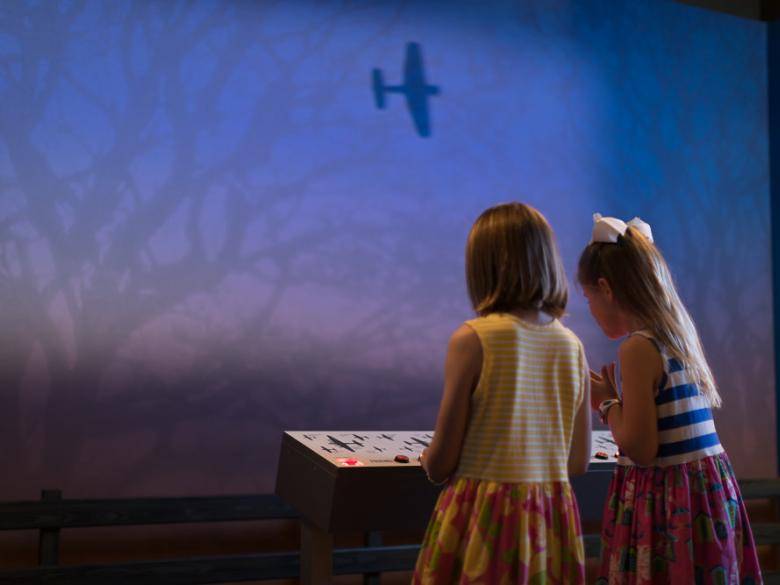 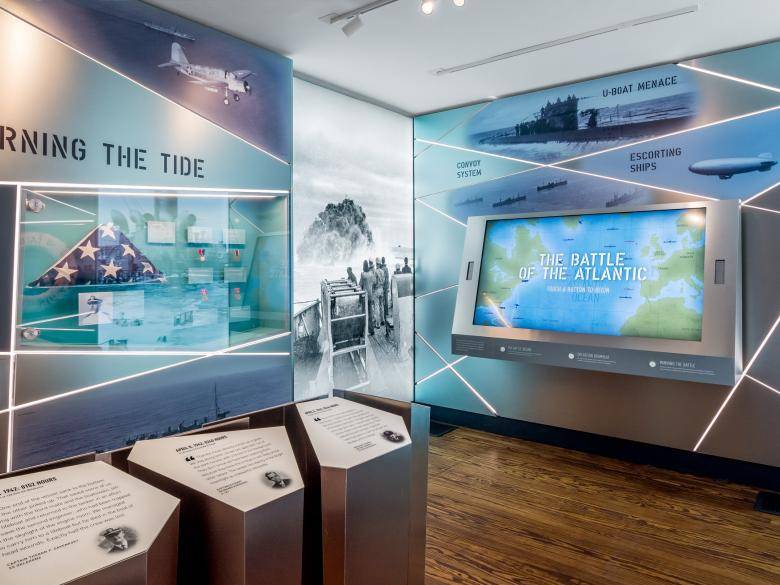 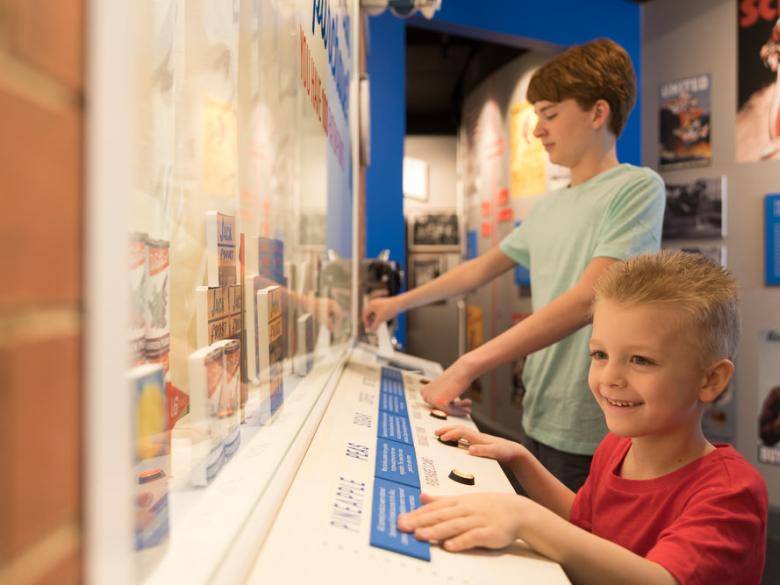 Test your skills as a plane spotter watching the skies for enemy aircraft. Train to direct fighter pilots like the officers at Naval Air Station St. Simons. Build a Liberty ship to transport critical supplies to troops overseas. Experience all this and more in the immersive galleries and interactives at the World War II Home Front Museum.

The Museum is housed in the Historic St. Simons Coast Guard Station, built in 1936. Step back to April 8, 1942 when the crew from this station rescued survivors of two American ships torpedoed by a German U-boat 13 miles off St. Simons Island. Visitors of all ages will be inspired by the stories of ordinary Americans doing their part to win the war.

The World War II Home Front Museum is a proud partner in the new Georgia World War II Heritage Trail. Launched in February 2021, the Trail is made up of ten sites across the state, which together provide a new experience for visitors, families, and groups. Southern states were critical to the war effort during World War II (1941-1945), and none more so than Georgia. Over 300,000 Georgians served in the military, and thousands of civilians worked in rapidly expanding defense industries.

Trail visitors can take flight in a World War II airplane, build a Liberty ship, explore a pilot training base, march in the boots of the Band of Brothers, and learn the personal stories of courage, character, and patriotism displayed by the men and women involved. Suggested routes for North Georgia, Middle Georgia, and the Coast make it easy for visitors to experience two or three locations over a weekend. A Trail “passport” has been created so visitors can track their progress along the route, debrief their visit, and receive a confirmation stamp with the “V for Victory!” Discover Georgia’s legacy of inspiring wartime stories at the sites that make up the new Trail. Visit the Georgia World War II Heritage Trail website to learn more!