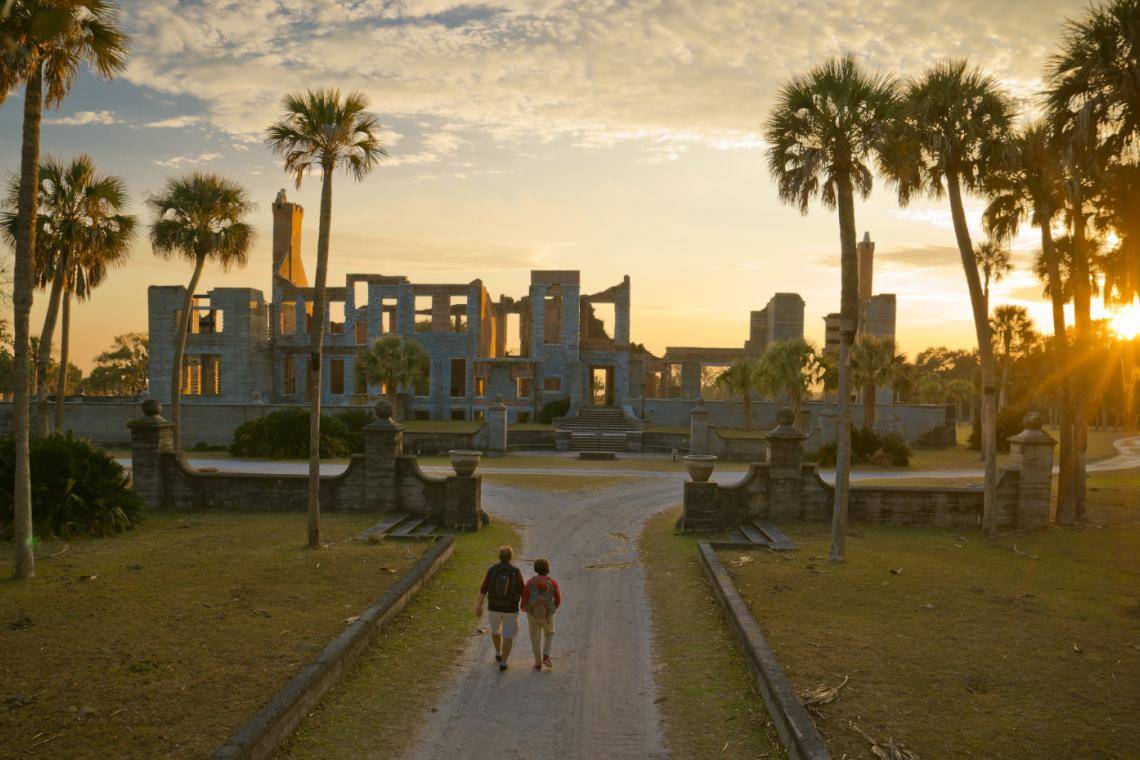 Georgia Coast: Beaches and the Coast

Georgia's mild climate makes visiting the coast appealing to visitors no matter what time of year.

Most people think of the beach as a summer getaway, but Georgia’s mild temperatures draw visitors to the coast year-round. Each season brings something new to discover, from fall festivals and golf to history and attractions.
Here’s what you can expect in each season.

Sea Island’s own Davis Love III hosts the McGladrey Classic each October on The Lodge at Sea Island Golf Club's.Seaside Course. The event spans a week and includes everything from serious golf to not-so-serious whiffle ball. Shrimp-and-grits lovers can sample some of the best in the country during Jekyll Island’s Wild Georgia Shrimp Festival in September. In addition to dishes from notable area chefs, you can sample family recipes in the amateur competition. Shiver your timbers at the Tybee Island Pirate Fest in October, a family-friendly weekend featuring a pirate parade and costume contests. For Georgia football fans, Brogens on St. Simons Island is the place to be for games, especially the annual Georgia-Florida matchup.

Winter’s cooler temperatures make it an ideal time to visit historic coastal homes, plantations and military establishments. Fort King George Historic Site, Fort Frederica National Monument and Fort Pulaski National Monument engage children, as well as adults, with excellent hands-on Junior Ranger programs. Glimpse life as a rice farmer from the genteel antebellum heyday through the turn of the century at Hofwyl-Broadfield Plantation State Historic Site. When rice farming became too difficult, the family turned the plantation into a dairy farm to make ends meet. On the other end of the spectrum, Lucy Carnegie spared no expense in her home on Cumberland Island National Seashore Visitor's Center – or those of her children. Explore Dungeness Ruins, Plum Orchard Mansion and Stafford Plantation on a guided tour, or plan a stay at the Greyfield Inn. Keep an eye out for the wild horses that wander the island.

Take a break from the sun and learn a bit about coastal Georgia at the 4-H Tidelands Nature Center or Georgia Sea Turtle Center on Jekyll Island. These conservation attractions give visitors a peak at what goes on under the surf. For an up-close view, take a trip with Lady Jane Shrimpin Ecological Tours, where catches are identified and inspected before returning to the sea. If you’d rather look at the ocean from above, climb the Cockspur Island Lighthouse on Tybee Island or the St. Simons Island Lighthouse Museum and Keeper's Dwelling for a bird’s-eye view. Discover inland St. Simons Island aboard  St. Simons Trolley Tours, making stops at notable landmarks, including Christ Church, Frederica, the second-oldest Episcopal Church in Georgia and the third-oldest in the nation. Charming Savannah also makes for a wonderful day trip from any of Georgia’s beaches.

Summer on the Coast

Georgia’s coastal communities boast miles of bike paths, and hard-packed sand beaches are perfect for an evening ride. For those looking for a bit more excitement, try one of the nine rides at Summer Waves Water Park at Jekyll Island or perhaps a round of mini-golf at Neptune Park Fun Zone. Afterwards, enjoy an evening cocktail at the nautical-themed ECHO in the newly renovated The King and Prince Beach & Golf Resort before heading out to one of many award-winning restaurants.
You May Also Like