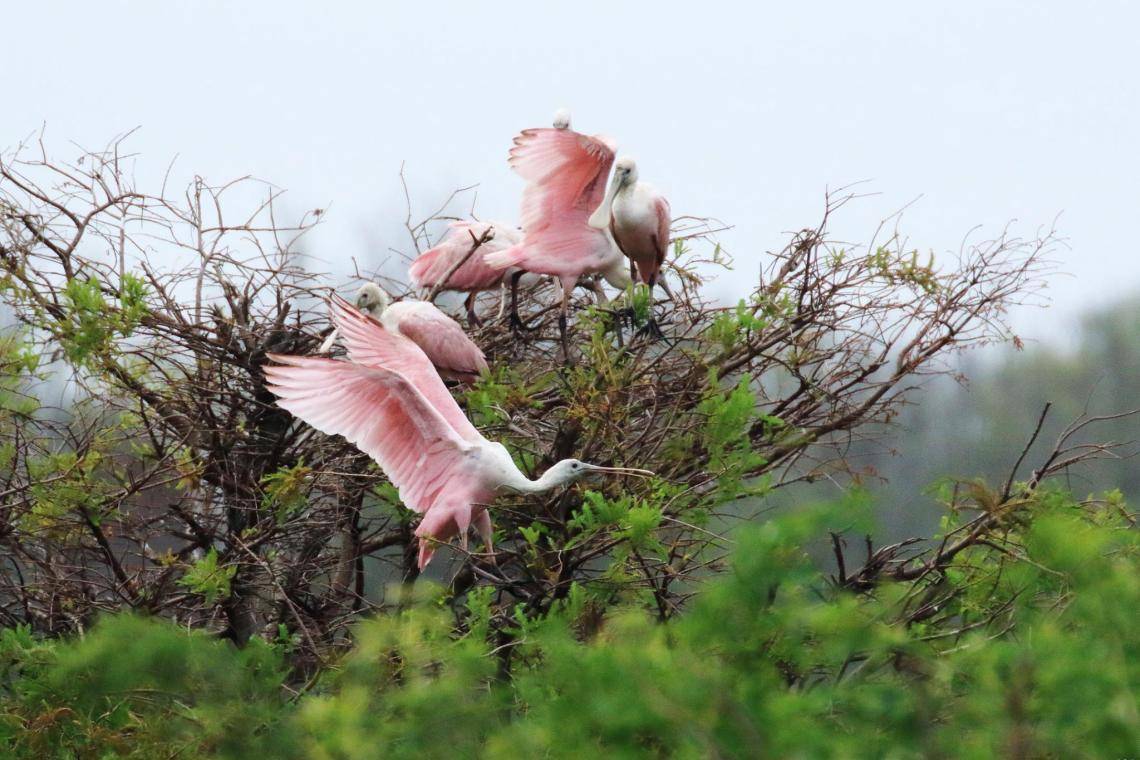 The coastal region of Georgia is known for its enchanting forests of live oaks dripping with Spanish moss, open waterways ready to be explored, fresh-from-the-sea cuisine and adventures waiting around every corner. But don’t worry if you're not feeling adventurous; coastal Georgia has activities for every pace in life. So, if a stroll through the woods or relaxing on the open water is more your style, this slice of paradise will not disappoint.

A very popular activity to enjoy while taking in the scenery is birding. More than 330 species of birds can be spotted in this region – from the tiny hummingbird to brightly colored buntings and even bald eagles! Discover some of those species below, and be sure to keep an eye out because you never know when you will meet a new feathered friend.

Springtime brings feathered visitors from the more tropical regions of the world such as the Caribbean Islands, Central and South America, and Florida right to our very doorstep. Some of the first brightly colored visitors are painted buntings that typically spend winter months in south Florida, Mexico and Cuba. The mature males are the easiest to spot as they sport brilliant hues of red, blue, yellow and green. These songbirds fare well in coastal Georgia as the habitat suits them, and the females utilize the Spanish moss found in maritime oak forests to build their nests.

Other colorful visitors that make their way back to Georgia after spending winter months in warmer regions of the world are ruby throated hummingbirds. These speedy migrants start arriving to the Georgia coast in early March and can be seen flitting through gardens and around feeders until the fall. Coastal Georgia is filled with native plants that attract these tiny beauties, such as azaleas, honeysuckle and Rose of Sharon. If your thumb isn’t quite so green, a feeder is another great option for a closer view. We highly recommend 1/4 cup of fresh nectar to mix in with every cup of water, but pure sugar will also do the trick.

Fall brings a new wave of visitors passing through Georgia chasing the warmth found in the more southern regions of the world. Wood-warblers are a common sight during this migration period, starting in late September into early October. The Colonial Coast Birding Trail checklist features 36 different types of wood-warblers, including the cape may warbler seen in the picture above. Most of the varying wood-warblers can be easily identified as many of them have hues of yellow tucked into their feathers in some capacity.

A commonly found fall migrant is the blue grosbeak, which often can be spotted near a forest edge or even on a roadside wire happily singing. Although a shy breed, the blue grosbeak can be seen in coastal Georgia for most of their breeding season, which starts in the spring and lasts until October. Mature males are the easiest to see in fall foliage as they keep their bright blue feathers year-round. Once the cooler temperatures set in, they make their way to the Caribbean and then off to their final destination of Central America.

The mild year-round temperatures in coastal Georgia means we have an abundance of bird species that likely would have to migrate away if we saw colder weather. One of those local residents is the red-headed woodpecker, which is easy to identify with black and white feathers covering the body and a head full of crimson red feathers. These flying checkerboard birds usually can be heard before they are seen, so be on the lookout if you hear a tapping or drumming noise as you stroll through a coastal pine savanna or even near a swamp.

In addition to our mild weather, coastal Georgia features many different types of habitats, so both inland and shore birds have their pick of where to roost. One of the more interesting inhabitants are the roseate spoonbills (pictured above). Their pink hued feathers and spoon-shaped bills make them interesting residents to see soaring above fresh and salt waterways or nesting in the trees along the coast. The roseate spoonbill is one of six species of spoonbills in the world and the only one found in the Americas. 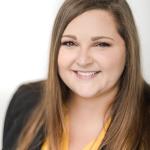 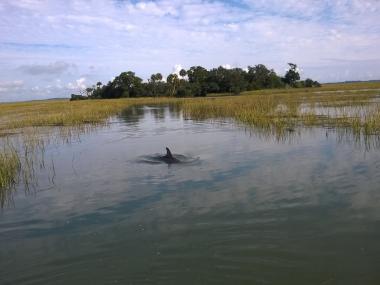 Where to See Dolphins in Georgia

Watch for them from the shore, take a dolphin cruise or head to these spots to see the magical creatures up close! 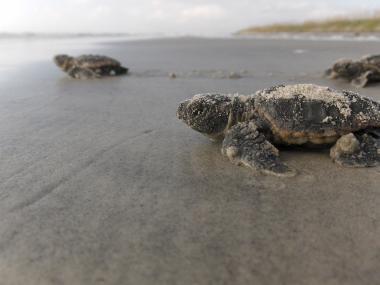 How to See and Protect Sea Turtles on Georgia's Coast

The sun rises on Georgia's coast, illuminating chain-like weavings in the sand. During the night, some of Georgia's most compelling visitors came and went, leaving...