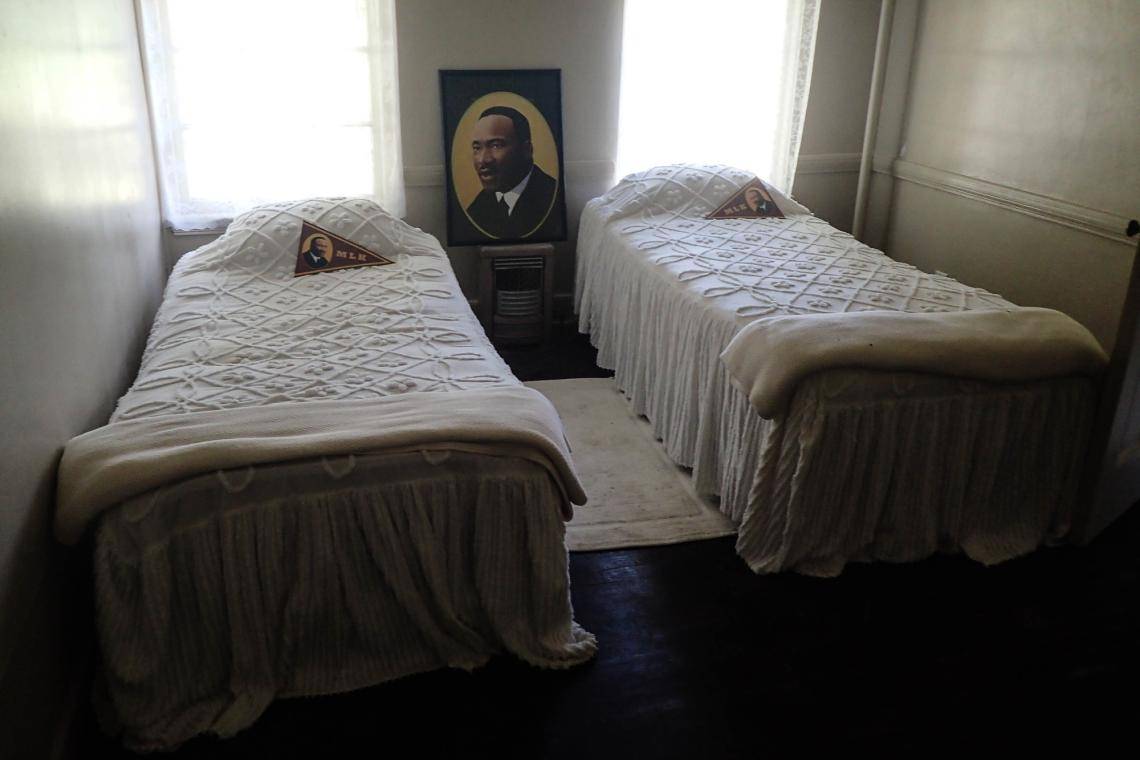 The room where Dr. Martin Luther King, Jr. slept at the boys dormitory at Dorchester Academy in Midway, Georgia

Here are six places to visit in and near Savannah to learn more about the area's African American heritage.

Savannah is known for its beautiful architecture, charming squares, glistening waterfront and films like "Forrest Gump," "Midnight in the Garden of Good and Evil" and the TV series "Underground." But Georgia’s oldest city also has great heritage sites for visitors interested in African American history, and there are several more nearby. Here are six places to visit in and near Savannah to learn more about the area's African American heritage.

Start your tour with a visit to First African Baptist Church - Savannah. The oldest continuous black church in North America was constituted in 1777 and is a National Historic Landmark. Run your hands along the wooden pews in the balcony, which were made by enslaved Africans, and listen to the pipe organ, which dates back to 1834. The holes in the floor are in the shape of an African prayer symbol known in parts of Africa as BaKongo Cosmogram, or "Flash of the Spirits." The church was used as part of the Underground Railroad as well as the modern civil rights movement, under the leadership of Rev. Dr. Ralph Mark Gilbert, known as the father of Savannah's civil rights movement.

You'll find more about Gilbert and Savannah’s black history at the Ralph Mark Gilbert Civil Rights Museum. The museum chronicles the trials and triumphs of Georgia’s oldest African American community from slavery to the present. Exhibits include a replica of a lunch counter where sit-ins were held, a mock courtroom where Jim Crow laws are listed, and how voting rights led to Savannah’s black politicians. Don’t be alarmed to see the public restrooms are labeled "white" and "colored."

If you're lucky, you’ll get a tour by Vaughnette Goode-Walker, a Savannah native and historian who runs the Footprints of Savannah Walking Tour, showing slavery's impact on Savannah’s local economy. And don't leave without visiting the gift shop for books, T-shirts and other items related to African American history.

Follow Savannah’s Moon River to the Pin Point Heritage Museum. Yes, the Moon River that songwriter and Savannah native Johnny Mercer wrote about. Here, you’ll learn about the area’s Gullah/Geechee culture firsthand. Herman “Hanif” Haynes gives an informative and fun, hands-on tour of the place where he and practically his entire community worked at the A.S. Varn & Son Oyster and Crab Factory. The factory is no longer active, but the buildings now house exhibits showing what life was like for workers who made their living here for 60 years.

Start your tour with a film of residents giving the history of Pin Point, which was founded by newly freed slaves in the 1890s. For nearly 100 years, the community was secluded from the main town, which allowed the Gullah/Geechee people to maintain the cultural traditions of their African ancestors. Exhibits show photos and artifacts of daily home and work life. You even get a chance to hold live baby crabs!

Sisters of the New South

After all of that talk of oysters and crabs, your stomach might suggest you break for lunch. We suggest you follow your nose to Sisters of the New South, where you can smell the aromas of soul food cooking even before you walk in the door. The family of sisters and one husband prepare recipes passed down from their mother, who walks the small dining area to see how guests are enjoying their meals. Plates come with a meat and three sides. Try the fried chicken or smothered pork chops, but be sure to call in advance for fried oysters.

Head 32 miles west to Midway, where you can walk off your meal at the Historic Baptismal Trail. Walk the dirt trail to the holy place where ancestors of the Gullah/Geechee communities performed Christian baptismal rituals for nearly 100 years. Surviving descendents of the First African Baptist Church have oral and written history indicating the site was used as early as the 1840s by their enslaved ancestors. Looking out from the narrow boardwalk among the Spanish moss-covered pine trees, you can almost see the parade of white robes making their way down to  “wade in the water” and wash their sins away. It’s a perfect stop for meditation and reflection.

Further down the road, Dr. Martin Luther King, Jr. found a different place for reflection at the Historic Dorchester Academy & Museum. Today, you can learn about his 1963 visit and the history of this National Historic Landmark at the Dorchester Academy & Museum of African American History. Built in 1871 for newly freed slaves, its unassuming nature may be why Dr. King and his fellow activists chose it as a respite from their daily struggles.

As you walk through the tiny room where King stayed in the boys’ dorm, there’s a quiet sense of awe as you see the room just as King left it. The humble furnishings include two small twin beds, a wooden desk with two plain chairs, a lamp and an opened Bible. Tour the museum for exhibits on slavery and the cotton industry, the Gullah culture, the development of the Academy, and artifacts from Dr. King’s visit and planning of civil rights protests. 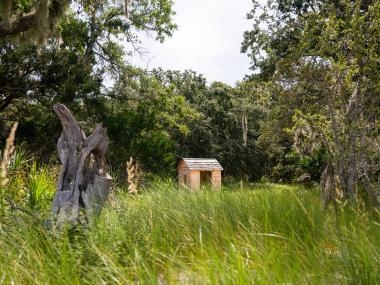 Hear stories and learn more about the African American experience in Georgia at these important sites throughout the state.