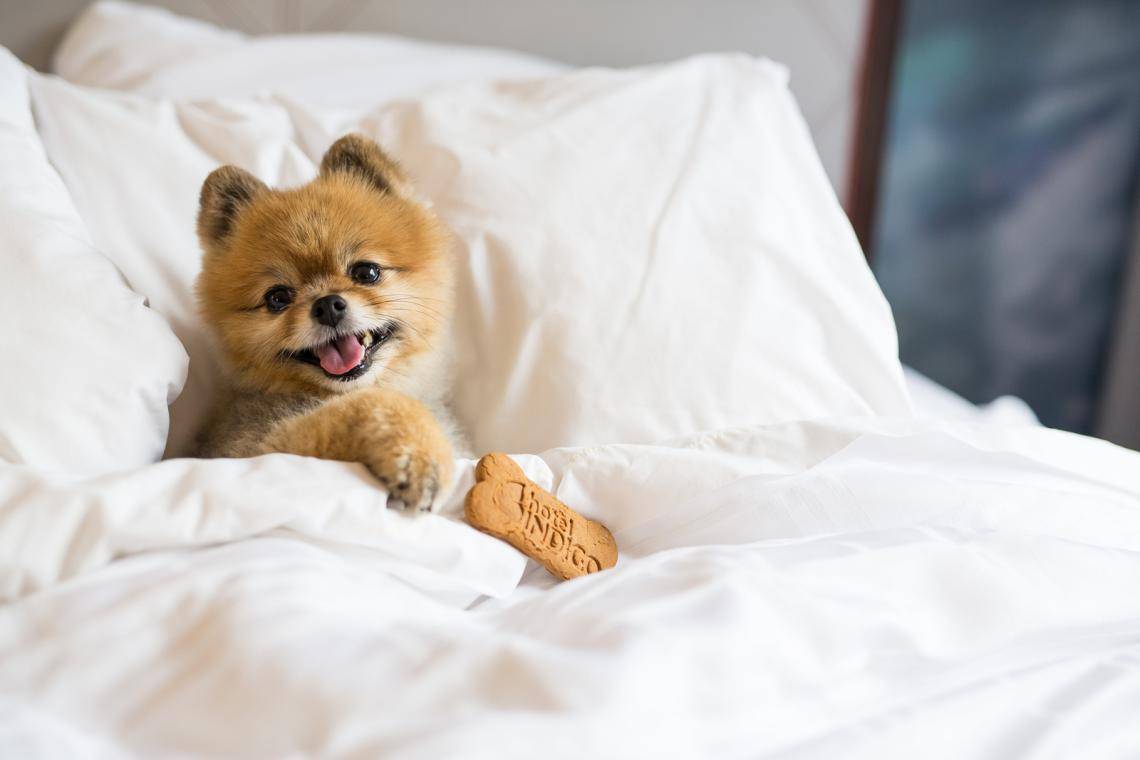 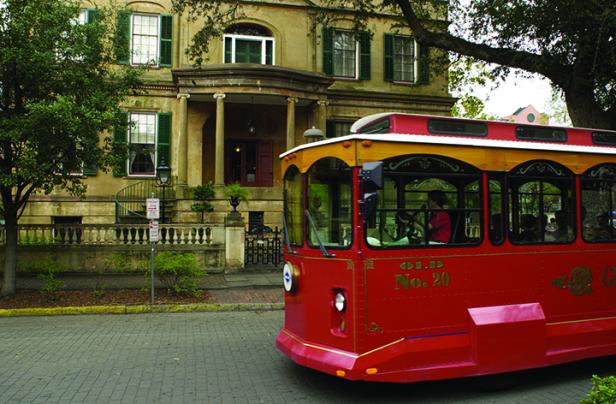 Explore the History, Sights and Charm with Old Savannah Tours

The unlimited on-and-off trolley tour with Old Savannah Tours includes stops at favorite locations in the historic district with appearances by some of Savannah’s most famous residents.

Discover the City in a Savannah Pedicab

Savannah Pedicab’s bike taxi service area stretches from Bay Street (with access to River Street via the elevator) to Park Avenue just south of Forsyth Park and west from MLK Jr. Blvd to East Broad St. This scenic area showcases Savannah’s most striking architecture and prominent historic sites. See the city in the open air of a Savannah bicycle taxi with your pup in tow! 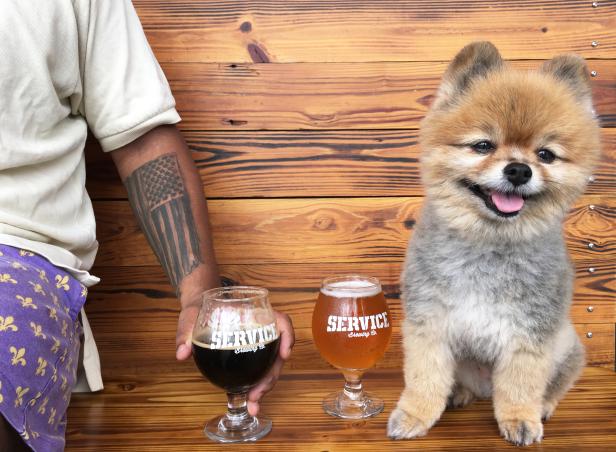 Veteran-owned and operated, Service Brewing Co. in Savannah is dedicated to honoring those that have put their lives at risk and their country and community first. Proceeds from the Tasting Room are used to assist charities that support our country's service men and women and first responders.

At this craft brewery, you can feel (and taste!) the love, creativity and authenticity behind every pour. Tours and tastings are offered on Thursdays, Fridays and Saturdays. Dogs are welcome on the beer garden patio. Bonus: Look out for Miss Zoe herself at the brewery! Her parents are the owners.

History isn't just for humans! "Embark on a tour of tales" with Ollie B. through Savannah's Historic District. Bring your pup and learn all about the amazing history of the city called the Hostess City... two and four-legged history alike. 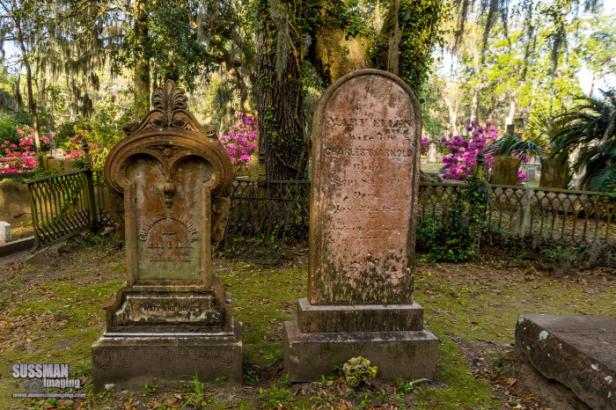 Look for Ghosts at Bonaventure Cemetery

Named one of the 10 most beautiful cemeteries in the United States, Bonaventure Cemetery also received fame when it was featured in "Midnight in the Garden of Good and Evil." Bonaventure is pet-friendly and also one of the popular dog parks in the city. 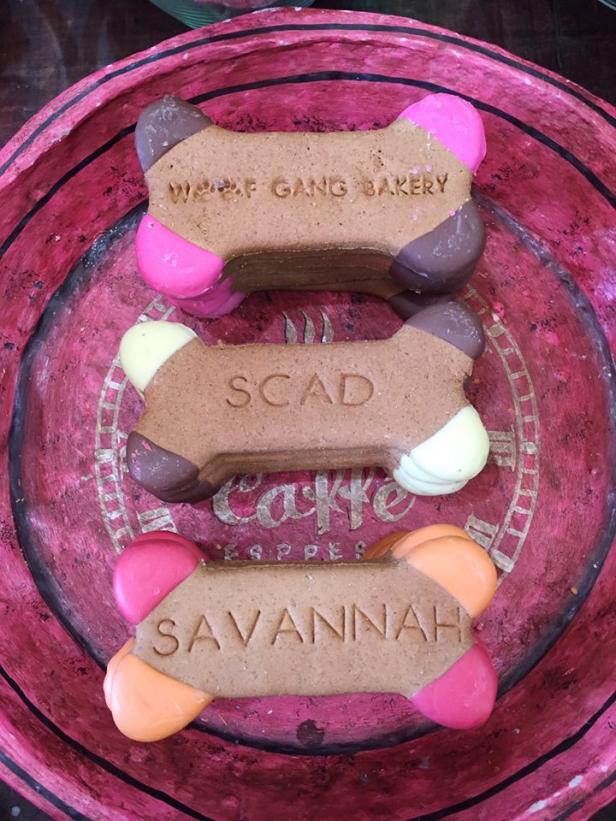 Pamper Your Pup at WoofGang Bakery

WoofGang Bakery is Savannah's neighborhood pet store with three stores around the city. Find everything you need from Savannah dog treats to leashes and collars to doggie apparel. They have it all! 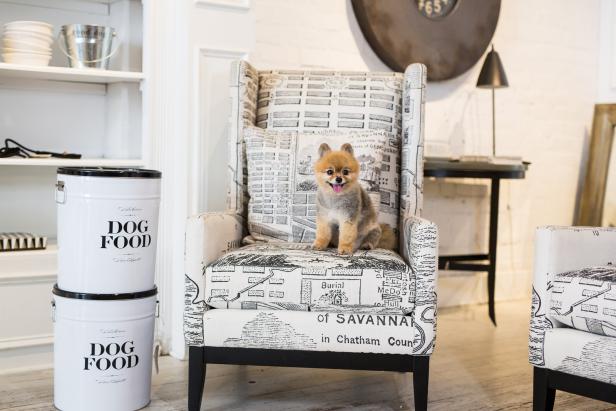 Find everything you need to make your house a home at Sylvester & Co! Bring a beautiful souvenir home with you to remind you of your trip. 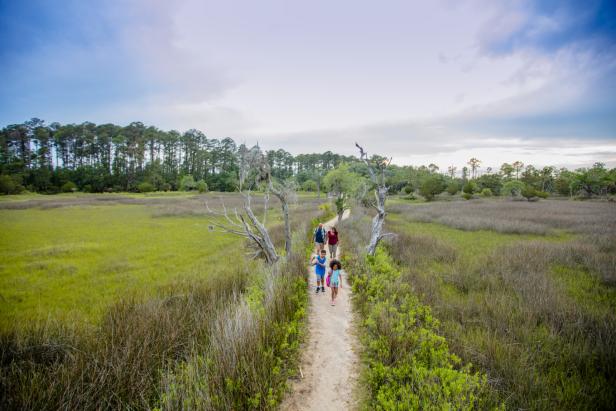 The Savannah Bananas are an amateur baseball team in the Coastal Plain League, collegiate summer baseball league that began in 2016. Bring your pup and catch a game during their Bark in the Park events. 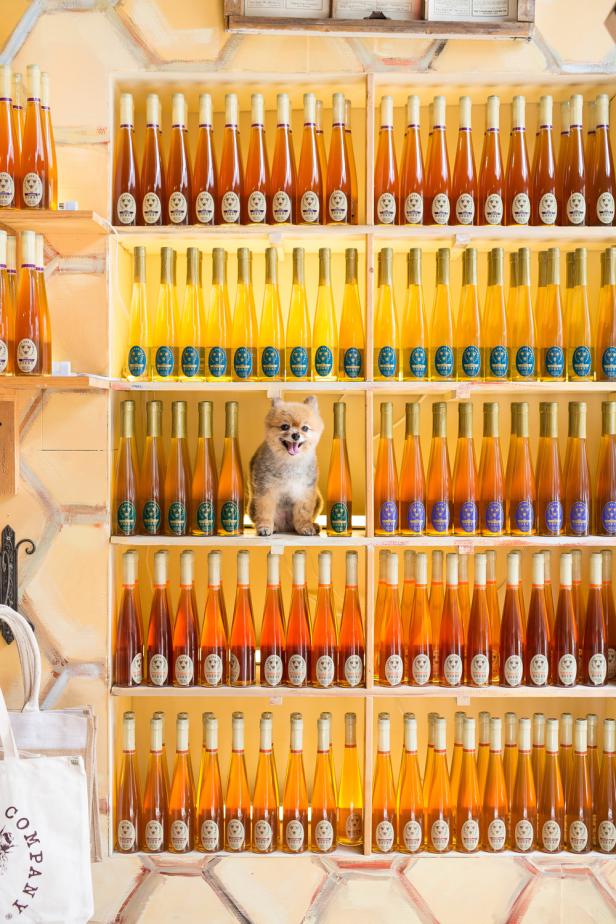 Treat Yourself at Savannah Bee Company

Visit Savannah Bee Company and discover your favorite honey during a signature honey tasting! They are internationally admired for their specialty honeys and luxurious, natural body care.

This large city park is one of the most photographed in the city! With a decorative fountain set among 30 tree-lined acres, Forsyth Park is heaven for dogs and people alike. Low water fountains make sure your pup stays cool any time of year. 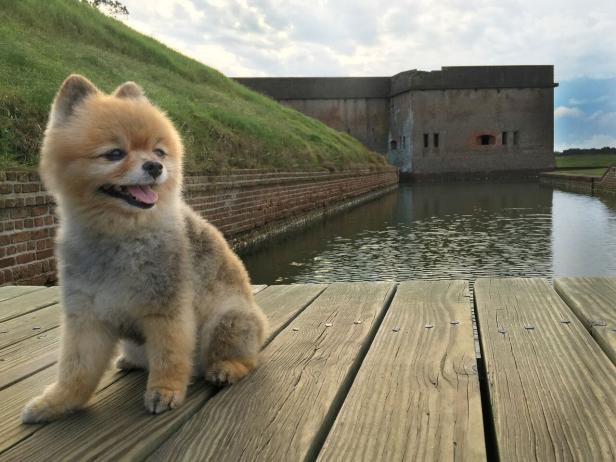 Named for Casimir Pulaski who lost his life in the unsuccessful siege of Savannah in 1779, Fort Pulaski was built between 1829 and 1847 on Cockspur Island to guard the sea-approach to Savannah. During the American Civil War, occupied by Confederate troops in 1861, the fort fell to Union forces in April 1862. This was the first time rifled cannon were used in warfare. 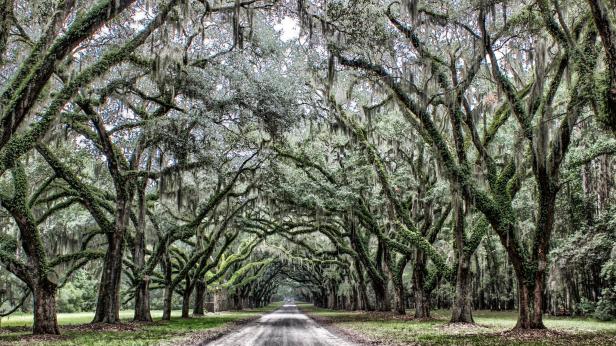 A breathtaking avenue sheltered by live oaks and Spanish moss leads to the tabby ruins of Wormsloe State Historic Site, the colonial estate of Noble Jones (1702-1775). Jones was a humble carpenter who arrived in Georgia in 1733 with James Oglethorpe and the first group of settlers from England. Wormsloe's tabby ruin is the oldest standing structure in Savannah. The gorgeous historic site is open Tuesday through Sunday from 9 a.m. to 5 p.m. 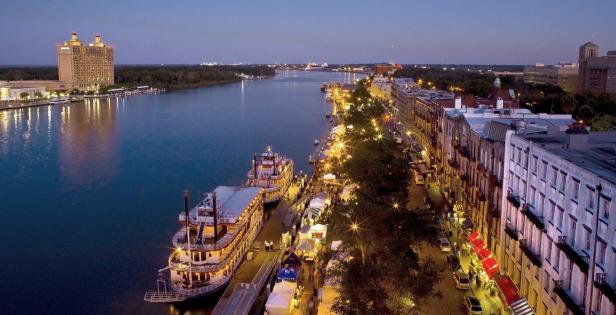 On River Street, restaurants, pubs and unique shops housed in old cotton warehouses border a nine-block cobbled-stone concourse of riverside parks ideal for strolling with your pup and watching the ships go by!

Adopt a New Member to Your Furry Family

Why not add one more pup (or kitten) to your family while on vacation? Adopt, volunteer or support the Savannah Humane Society during your stay! 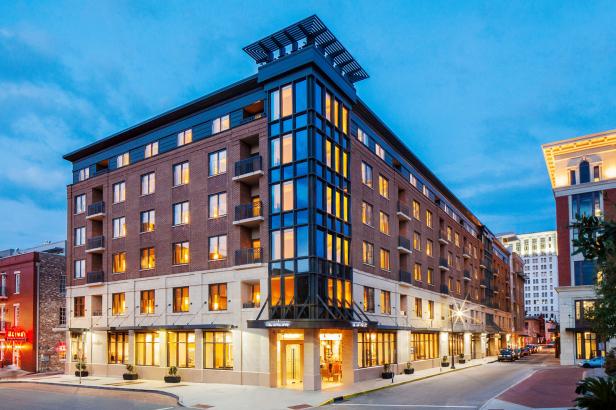 With artful décor and relaxed urban vibe, Andaz Savannah is a new concept by Hyatt providing a fashionable lodging experience in the Historic District.

Tip: While you’re off exploring the city, treat your pet to a day at Blissful Buddha Pet Service. 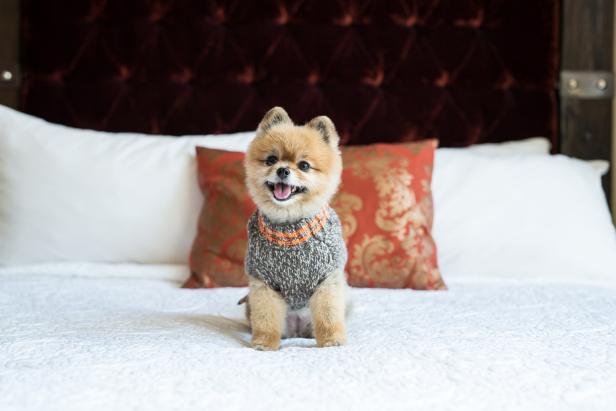 Overlooking the Savannah River, this swanky hotel with chic design and vintage charm is just steps from River Street, shopping, dining and City Hall. Visit Rocks on the Roof, famous for cocktails and scenic views. 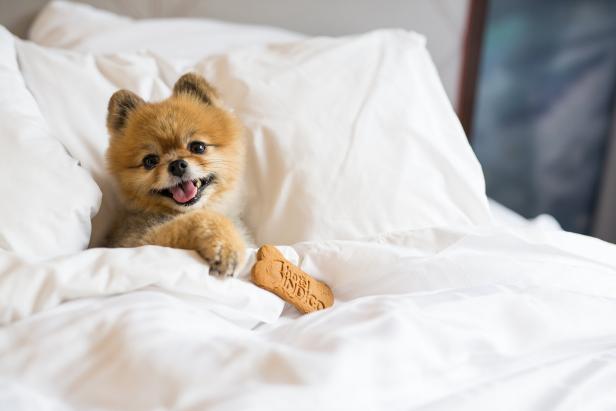 Perched on the corner of Bay and Jefferson Streets in the heart of Savannah's historic district lies the "Grand Lady of the Bay." This 19th century, sprawling architectural masterpiece once housed famed Georgia merchant Simon Guckenheimer. Today, it stands as Hotel Indigo Savannah, a charming boutique hotel that effortlessly combines modern luxury, contemporary design and respectful nods to its impressive past.

Pup guidelines: Maximum of two pets per room, up to 80 pounds each are welcome. Guide and Service animals are permitted. A $75 fee is applied per stay. 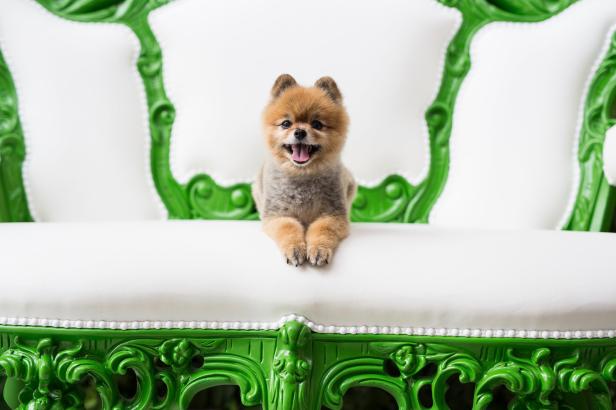 Savannah's most eclectic hotel, Mansion on Forsyth Park, is located within the Historic District. This hotel destination is groomed to perfection and polished for the enjoyment of today's guest. This luxury hotel incorporates the exterior architecture and design of an original 18,000 square feet Victorian Romanesque Mansion – now home to 700 Drayton Restaurant, Casimir's cocktail lounge, Carriage Wine Cellar and 700 Kitchen Cooking School. 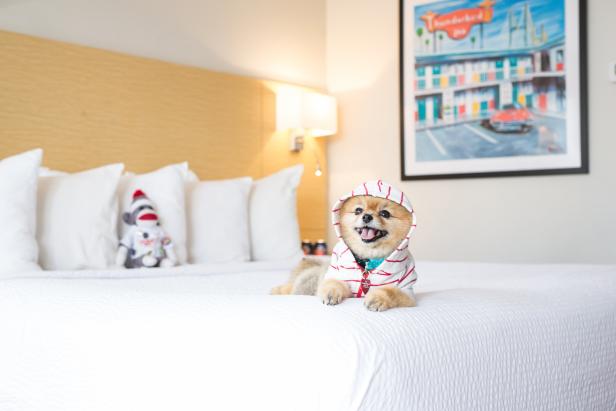 Tip: A new dog run adds to the appeal of an already pet-pampering experience with fresh bedding and treats available in select pet-friendly rooms. They even provide doggie bags!

This harbor-front resort is easily accessible to River Street and Savannah’s Historic District via a complimentary ferry service. Spacious rooms and suites are appointed with famous Westin Heavenly Beds.

Pup guidelines: Dogs up to 40 pounds are allowed; a $100 non-refundable fee is charge regardless of size or breed. 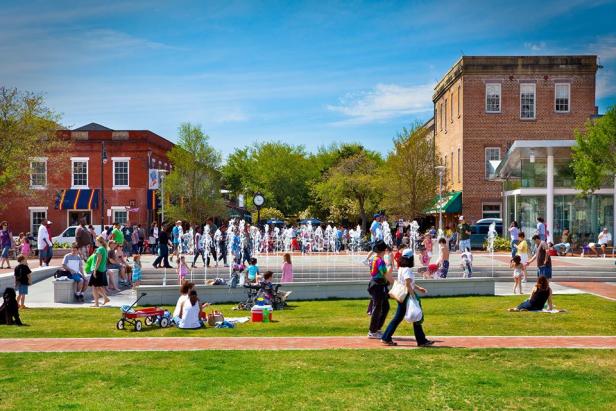 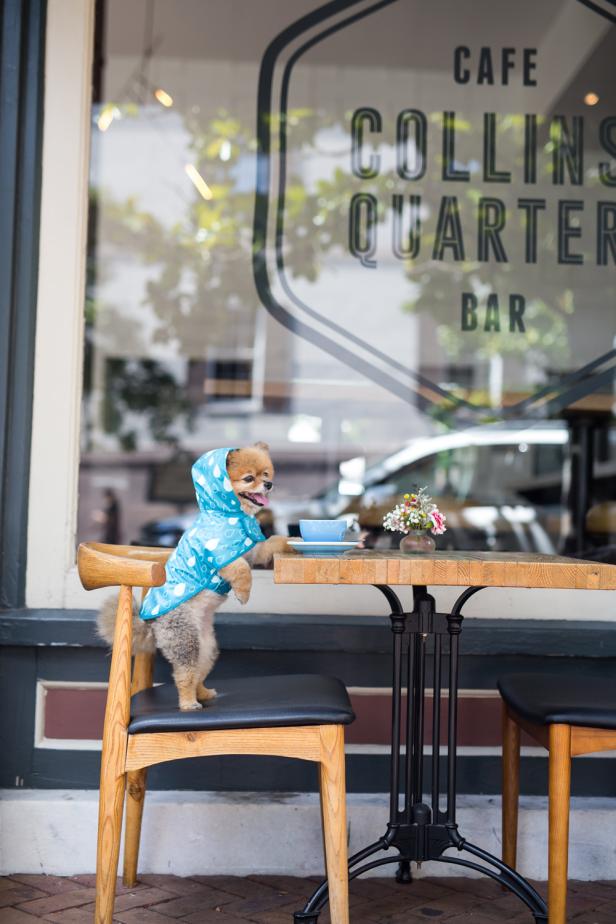 Styled after Melbourne, Australia's historic Collins Street, The Collins Quarter delivers a unique café experience by pairing specialty coffee with innovative cuisine – all served in relaxed and casual environment. The Brisket Burger was one of our 100 Plates Locals Love for 2015! 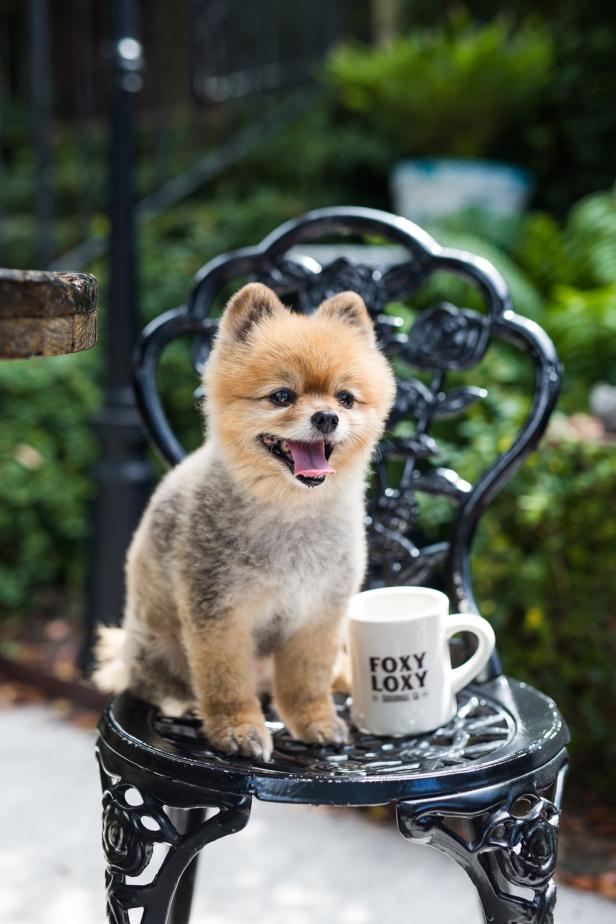 Foxy Loxy Café is a coffee shop, bakery and Tex-Mex cantina. Stop in to satisfy those coffee cravings, dine on their hand-crafted tacos or unwind with a glass of wine. Enjoy live music every Tuesday night by local and regional musicians. 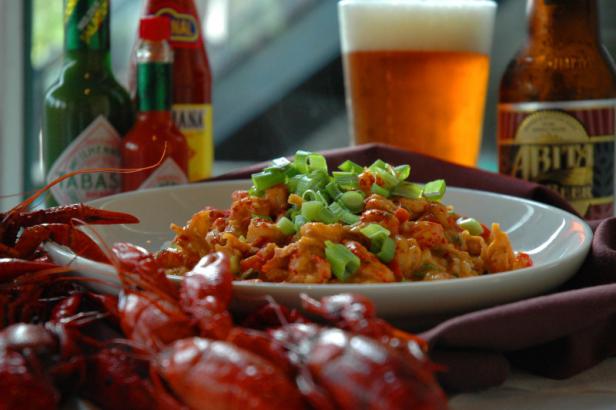 Huey’s on the River 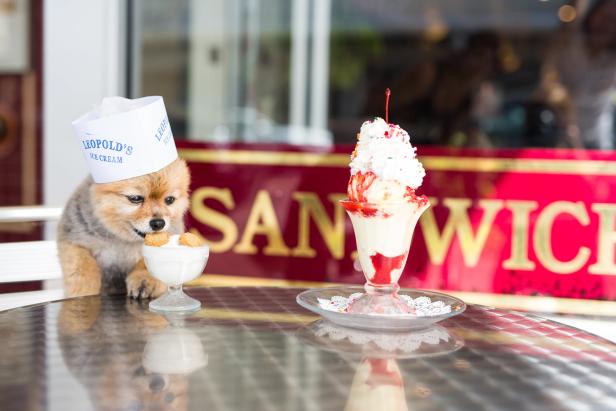 This popular ice cream parlor with marble soda fountain also serves soups and sandwiches. Special sundaes are made especially for your dog – vanilla ice cream topped with an Ollie B. Biscuit treat – for outside dining. 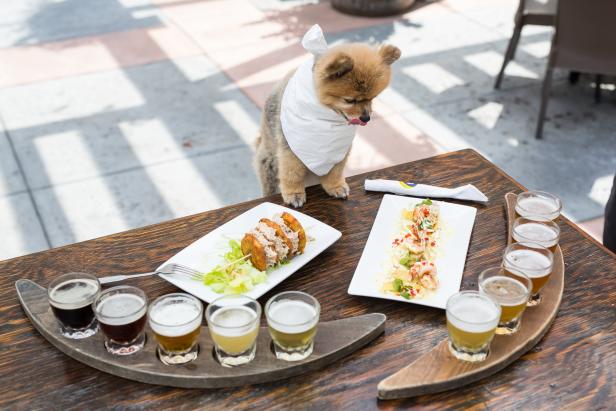 In the dog-friendly beer garden at Moon River Brewing Company, you can sample the brewer’s craft beers while your dog laps up a bowl of ice-cold Savannah tap water. 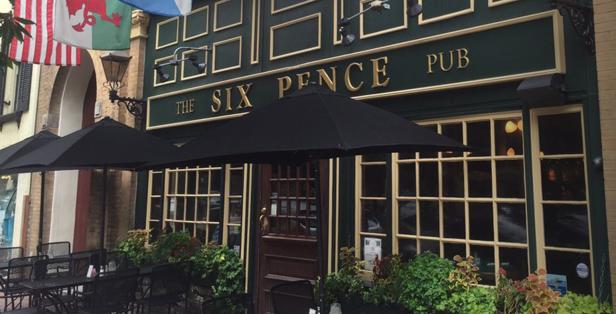 This pub serves as variety of soups, salads and sandwiches. In addition to being in the movies (the exterior appeared in the 2009 “Something to Talk About” starring Julia Roberts), Six Pence Pub allows dogs on the outdoor patio and provides water to all pups. 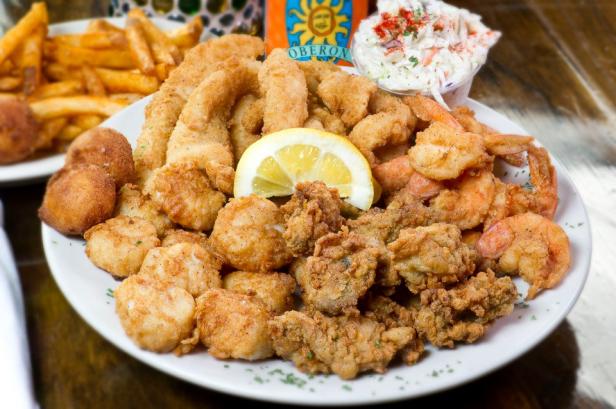 On the bluff and across from the shrimp docks in Historic Thunderbolt is where you'll find Tubby's – a long time favorite among the locals. Tubby's serves only the freshest seafood. The Fried Shrimp Basket made Explore Georgia's 100 Plates Locals Love list for 2016! 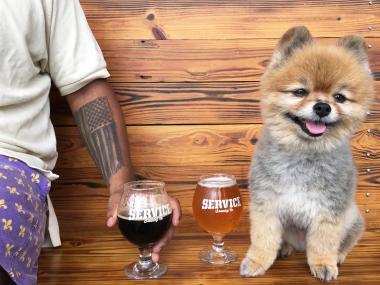 B.Y.O.P (Bring Your Own Pup) to these Georgia Breweries

Cheers! These pet-friendly breweries in Georgia are the perfect adventure for you and your four-legged travel buddy! 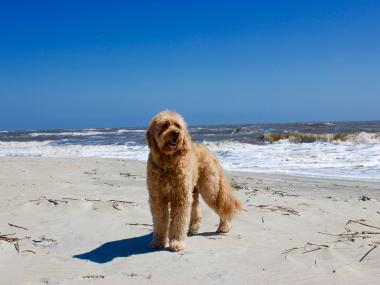 Your complete guide to places to stay, where to eat and things to do with your dog on St. Simons Island 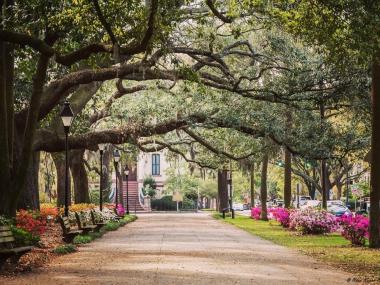