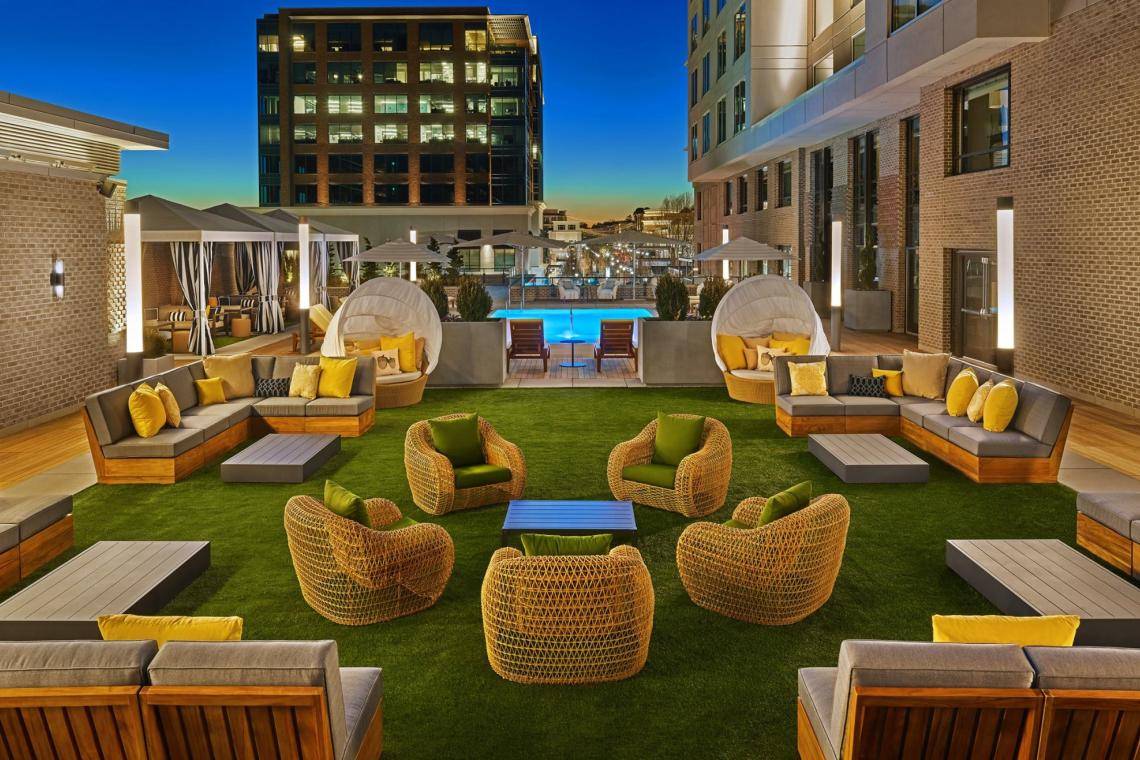 The Hotel at Avalon in Alpharetta, Georgia

8 of the Most Stylish Stays in Georgia

Stunning design, top-notch amenities and attention to detail make these places to stay destinations all their own.

Georgia is full of unique accommodation options, from yurts to treehouses to tiny houses. But what about a fabulous hotel that you never want to leave? We've got that, too. We're talking about top-notch amenities, stunning design and unrivaled views. Of course, there are so many to choose from, but these might be new to your radar. 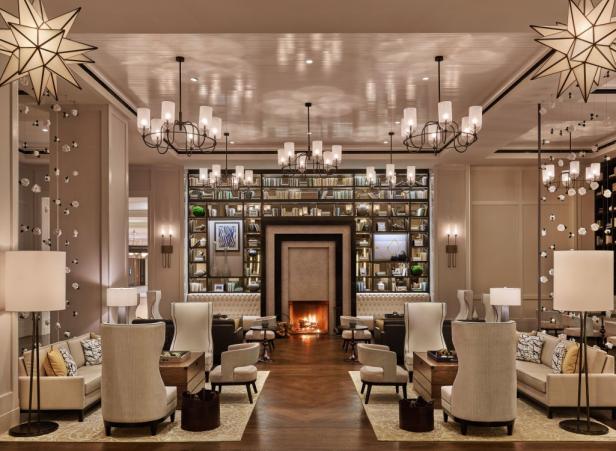 "Shop 'til you drop" isn't usually taken literally, but that's now a possibility at this suburban Atlanta shopping district. The Hotel at Avalon is a member of Marriott’s Autograph Collection, meaning you can earn points while staying at a wholly unique property. Set in the heart of Avalon, guests have some of Alpharetta's best dining and shopping at their fingertips.

The 330-room hotel features contemporary furnishings for a residential feel and plenty of windows for natural light. The outdoor pool has chairs and cabanas, and there's even a location of South City Kitchen within the hotel. It feels so close to home that you might be hesitant to check out! 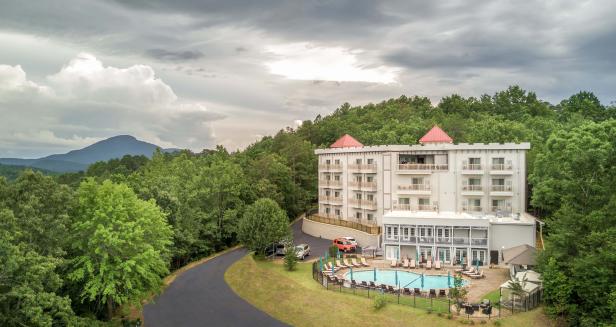 Helen is more than mountainside cabins and Bavarian kitsch. Valhalla Resort Hotel is the area's most luxurious accommodations. Inspired by a Scottish castle, the property has suites and villas that come with coffee makers, WiFi and plush robes. All rooms are also decorated with artwork.

What sets them apart from all of the other Helen hotels is their amenities. Valhalla overlooks Innsbruck Golf Club for those who want to tee off, as well as Solasta Spa & Pool, a place to pamper your cares away. There's also a top-notch restaurant and wine cellar, rooftop bar, area shuttle service and an outdoor pool. 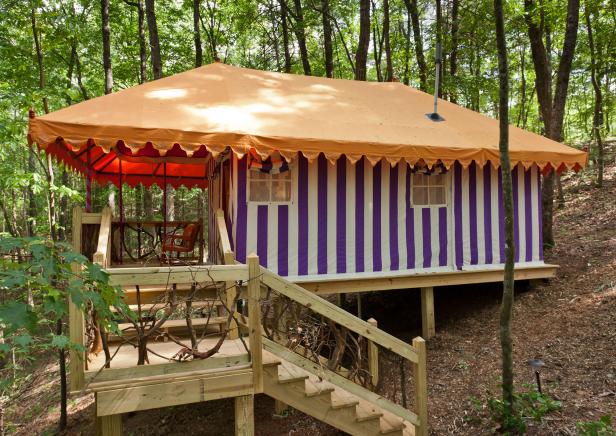 Get away from it all at this 18-acre retreat in the North Georgia mountains. The Martyn House Farm in Ellijay is far from your standard hotel, but rather has multiple "glamping" style accommodation options. Choose from luxury tents from India or a barn wood cottage with queen and twin bed options.

Each "home for the night" comes outfitted with antique furnishings, fine linens and en suite bathrooms. Some even have clawfoot tubs overlooking the surrounding forest. Others come with verandas for stargazing and morning coffee, as well as kitchenettes. Spend your days wandering around the farm, which has an organic garden. 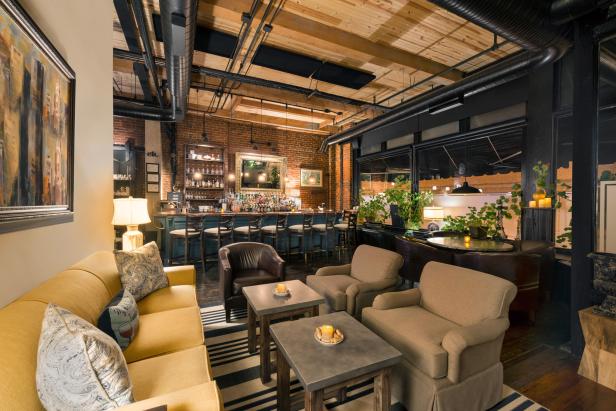 Don't let the name fool you. This is not your average "chain" hotel. Instead, the Hawthorn Suites by Wyndham Rome is an 1890s brick warehouse that retains its original wood floors, exposed brick walls and a light-filled atrium that stuns guests. Located in the heart of downtown Rome, you're a short walk from the college town's best bars and restaurants.

The all-suite hotel comes with flat-screen televisions, in-room coffee makers, mini fridges and microwaves. Free WiFi and breakfast are also offered, along with the onsite restaurant and fitness center. Get around town using the hotel's free bike share program or the Roman Chariot pedicab. 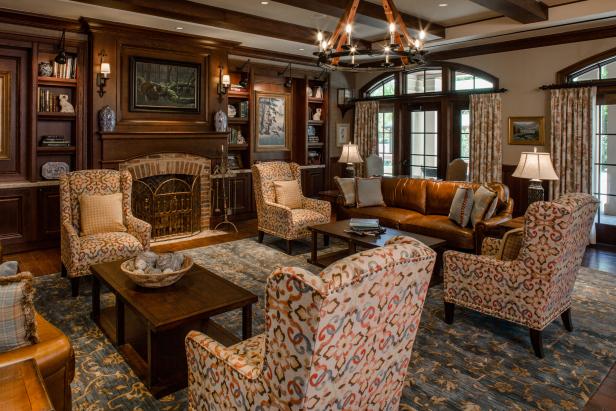 The brand-new addition to Barnsley Resort is inspired by the work of English architect Edwin Lutyens. The three-story property adds to the accommodation options at the resort, which also has cottages. The inn's decor includes exposed beams and furnishings that are reminiscent of a turn-of-the-century country cottage.

The Inn at Barnsley has 55 guest rooms and suites in king and queen bed arrangements. Guest accommodations come complete with coffee stations, mini fridges, flat screen televisions, and plush robes and slippers. If you stay at the inn, you have access to the resort's features, like the multiple dining options, spa, horseback riding, clay shooting and golf, just to name a few. 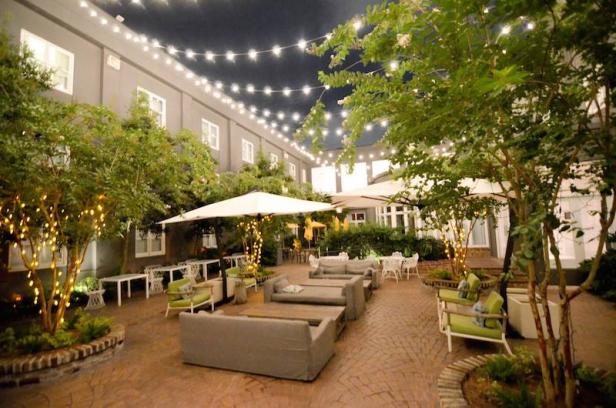 Named one of Savannah's best hotels, The Kimpton Brice Hotel is a historic district property not far from River Street. Boasting 145 guest rooms, including 26 suites, the hotel combines modern features with Southern sass. Pops of color are found throughout, and dramatic curtains line the windows. 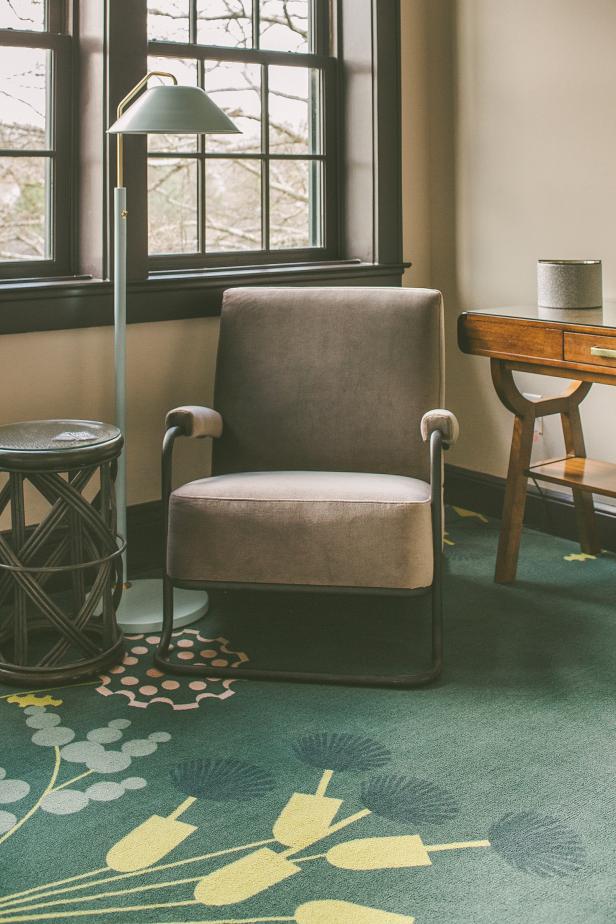 Built as the Clermont Motor Hotel in 1924, it served as both a hotel and apartments over the years. It had a number of nightclubs in its lower level since opening, but the scandalous dive bar the Clermont Lounge has hosted locals and celebs alike since 1968. The upper floors fell into disrepair, and the building was sold.

The historic building on Ponce de Leon Avenue opens in May as a boutique hotel, just steps away from the Atlanta BeltLine's Eastside Trail and Ponce City Market. The decor is inspired by both the 1920s, when the hotel was built, and the 1960s, its heyday, with Wes Anderson-esque bunkrooms as well as standard rooms and suites. Hotel Clermont also has Tiny Lou's, a French-American brasserie, a rooftop bar and, of course, the infamous Lounge.

Start planning your getaway to these stylish stays in Georgia today!