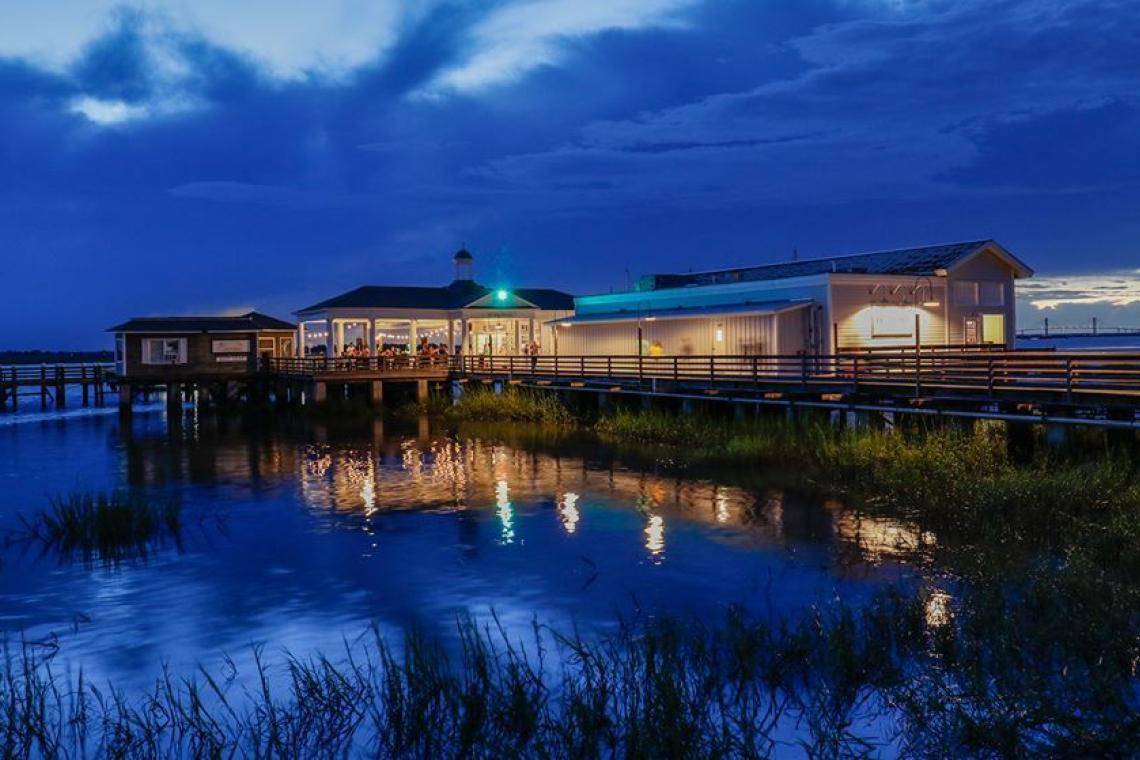 The Wharf on Jekyll Island, Georgia

7 Georgia Coast Trips for People Who Love to Eat

They are pieces of a wetlands jigsaw puzzle, those islands and marshes along the Georgia coast. Early settlers on this diverse shore used the fertile soil to grow corn, beans and melons. Harvests were so bountiful that bushels were sent back to England, laying the groundwork for the agriculture boom to come.

Today, tides still rise and fall over those beaches and marshes, and food remains a fixture in the coastal way of life. The region's diversity is evident in more than geography: this is a place of barbecue made from local Ossabaw pig, of fish of the day served any way you like it, of the namesake stew from Brunswick, and of maverick Southern cuisine in Savannah.

The Georgia coast is the perfect destination for those who love food festivals, outdoor dining, settling back with a Coastal Empire pale ale and staying awhile. There are an endless number of roads to meander down, and as many ways to enjoy the region's culinary delights. 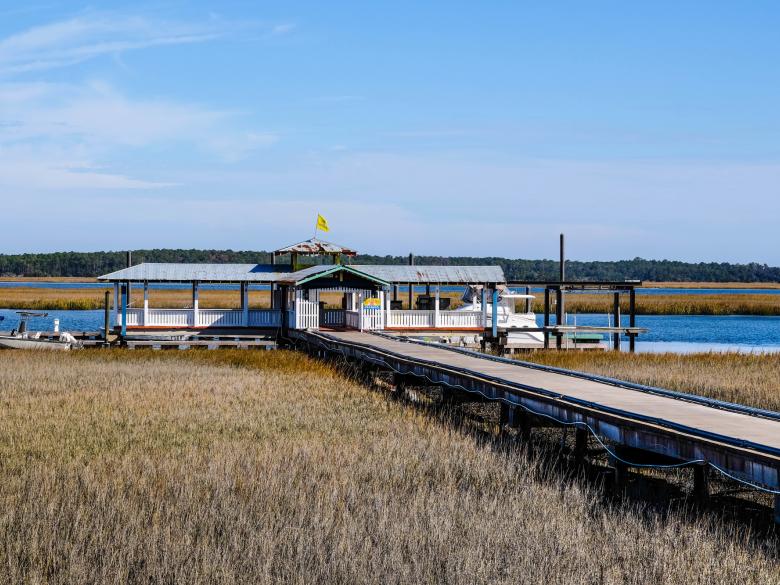 The coast means seafood, and there's a heaping plate full of it almost everywhere you look. On your seafood tour of the region, Sunbury Crab Company offers water views to go with shrimp and blue crabs caught daily in season. In Savannah, cap a day wandering the Historic District with dinner at River House Seafood, where the exposed brick walls of the converted 18th-century cotton warehouse add to the inviting atmosphere.

On St. Simons Island, Barbara Jean's shows how well seafood and comfort food can coexist. It's a fine place to begin exploring the Golden Isles, where visitors can step back in time at the Hofwyl-Broadfield State Historic Site, climb to the top of the St. Simons Lighthouse or marvel beneath the Avenue of the Oaks.

Georgia coastal cuisine is rooted in the culture of its people, a combination evident in Savannah. The award-winning Savannah Taste Experience walks visitors to six restaurants in the city's signature squares, mixing food, history and architecture. There's also a tour of East Side restaurants, which caters more to locals, with stops at eateries such as Cha Bella and Leopold's Ice Cream.

In the Golden Isles, visitors can create their own tours combining history, culture and food. Mix a stop at Fort Frederica National Monument, where British troops once repelled the Spanish, with lunch at Southern Soul Barbeque, featuring the region's famed Brunswick stew. On Jekyll Island, wander the elegant National Historic District before enjoying dinner with a view at The Wharf.

The beach draws kids old and young alike. Those traveling with children have options like Gerald's Pig and Shrimp on Tybee Island, where outside seating is ideal for little ones apt to make big messes. Ratcheting up the kitsch is The Crab Shack, which boasts 78 baby alligators to keep children occupied until the fried shrimp arrives.

On St. Simons, Iguanas offers a kid-friendly atmosphere that includes locally caught shrimp. Its location in the Pier Village entertainment district is one you can't resist for an after-dinner stroll.

A table for two allows couples to move beyond fried platters and experience the eclectic cooking reinventing Southern cuisine. A leader is Husk, which turned comfort food on its head by celebrating regional ingredients. Savannah's version boasts an elegant interior and a location near The Gastonian, among Georgia's most romantic hotels.

On St. Simons, Nancy offers menus drawing from Southern and European cuisines, served by candlelight and to the strains of a piano. On Jekyll Island, it's hard to beat the luxury and history of the Grand Dining Room, conveniently located within the sumptuous Jekyll Island Club Resort.

Much of Georgia's coastline is protected, leaving miles unspoiled for visitors. The pristine gem is the Cumberland Island National Seashore, a windswept nirvana featuring the eerie remains of the Dungeness mansion. The Greyfield Inn, the only commercial establishment on the island, pampers visitors with three luxuriant menus per day.

Inland, the Okefenokee National Wildlife Refuge offers paddling or camping amid a primeval black-water landscape full of alligators and white-tailed deer. If staying in nearby Waycross, fill up at Captain Joe's, a seafood restaurant serving the area since 1975. 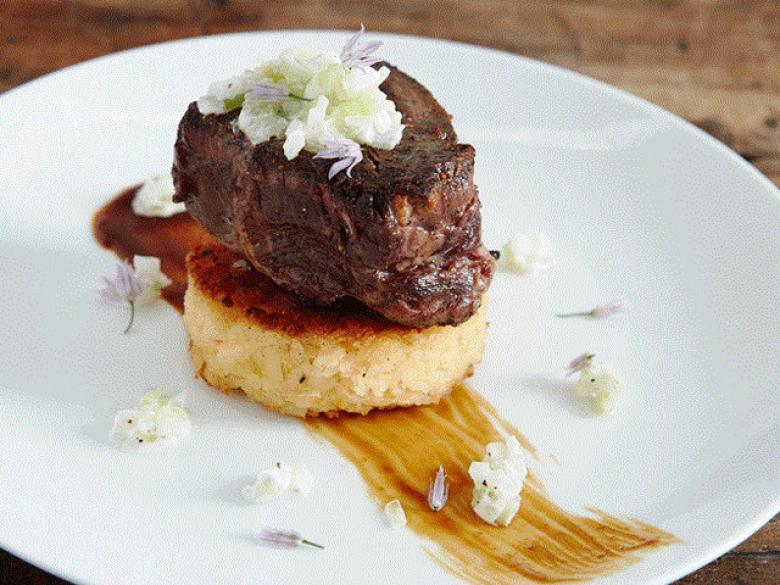 Even in a region known for seafood and barbecue, there are options for visitors who eat plant-based. Savannah's Fox & Fig Café is a vegan eatery that serves banana pumpkin French toast and a meatless burger on a pretzel bun. Furry friends can cool off in the dog fountain in adjacent Troup Square.

Fall in the South means oysters, enjoyed in local festivals up and down the Georgia coast. They're on the menu at the Great Ogeechee Seafood Festival, one of the largest in the South, held each October in Richmond Hill. Vendors line a carnival-like midway at a festival started by a local fishermen's co-op in 1985.

In Savannah, the Food and Wine Festival takes over the city for a week each November, the wining and dining capped by the annual Taste of Savannah at the Georgia State Railroad Museum.

From the state's northern border with South Carolina to its southern boundary at the Florida state line, the Georgia coast offers 100 miles of heritage, cuisine and sunrises. Savor the flavors of coastal Georgia at the produce stands, festivals and fine dining restaurants as you cruise through these unique cities. 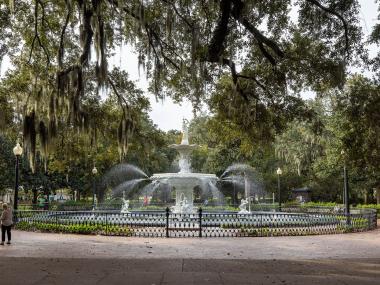 You can't help falling in love with these romantic places to stay in Savannah. 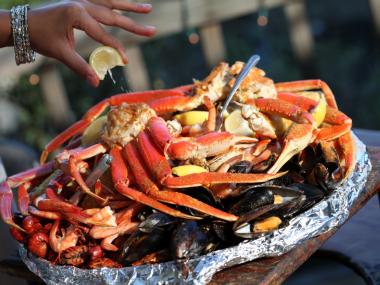 6 Essential Places to Eat on the Georgia Coast

As the pelican flies, it's a mere 100 miles from Georgia's northern border with South Carolina to its southern boundary at the Florida state line...