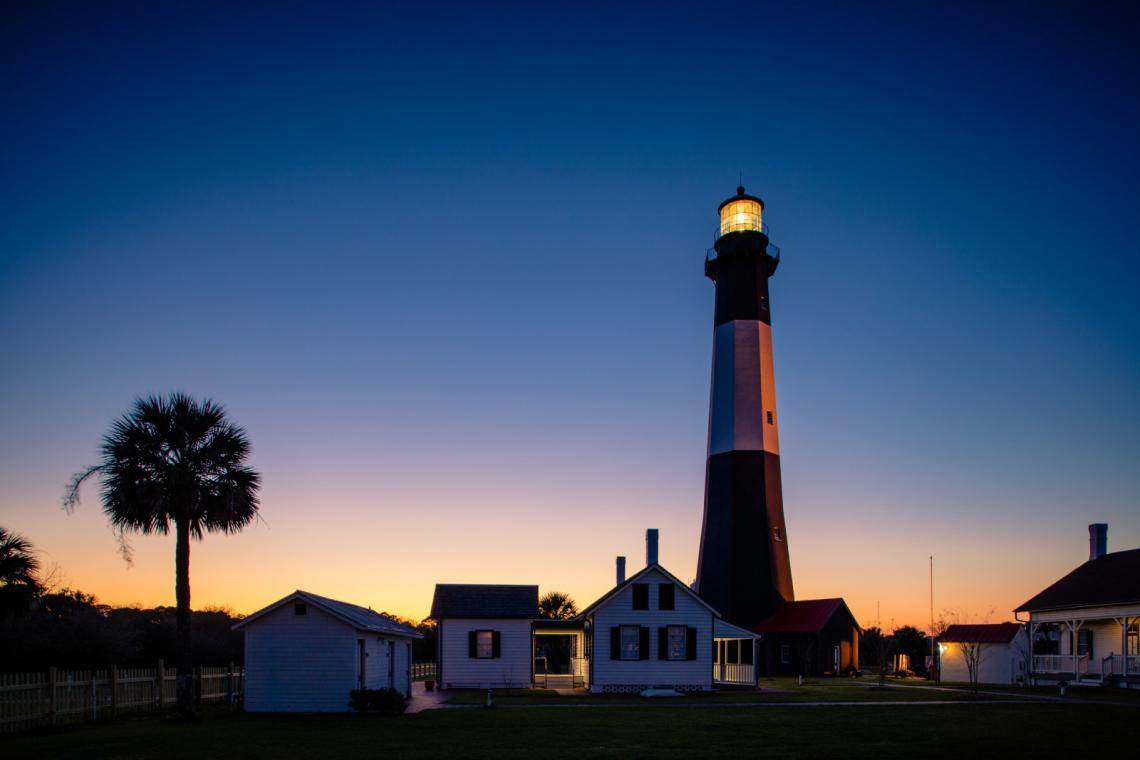 Discover the historic and scenic lighthouses on Georgia's coastline.

Imagine standing high in the air with a salty breeze whipping through your hair. Spread out below you, the land meets the sea, sand to wave, lapping in rhythmic harmony as seagulls soar near the clouds. Journey along the Georgia coastline and such an experience is possible.

Georgia’s 100 miles of coast is home to several beautiful lighthouses, three of which are open for tours. Located at the tip of the Savannah River, the Tybee Island Lighthouse/Museum was built in 1732 by order of Georgia’s founding father, General James Oglethorpe. Today, the Tybee Island Light Station, which has been rebuilt over the years, remains one of the nation’s most intact lighthouses. Boasting of an active museum, where guests can explore centuries of history, the lighthouse also allows guests to hike the 178 steps to the top. 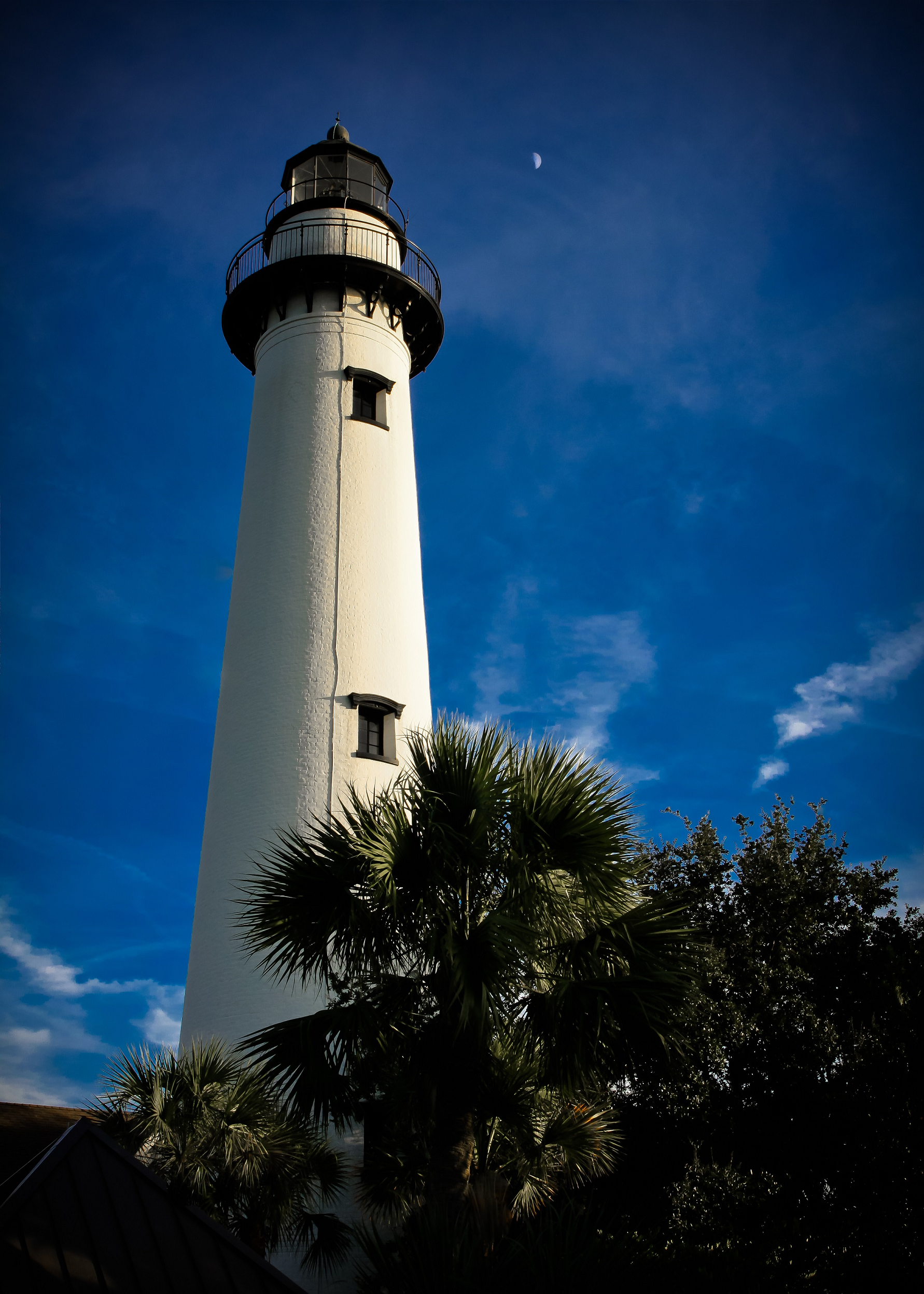 Travel farther down the coast for a stop at the St. Simons Island Lighthouse Museum. First built in 1810, the original structure was burned by Confederate soldiers during the Civil War, only to be rebuilt with a keeper’s dwellings in 1872. Now under the direction of the Coastal Georgia Historical Society, the property is home to a lighthouse museum inside the former keeper’s dwellings. It also includes the newly constructed A.W. Jones Heritage Center, which houses archives, a research library, rotating public exhibits, an event hall and a museum shop. Guests are more than welcome to climb the active lighthouse’s 129-step staircase to the top. 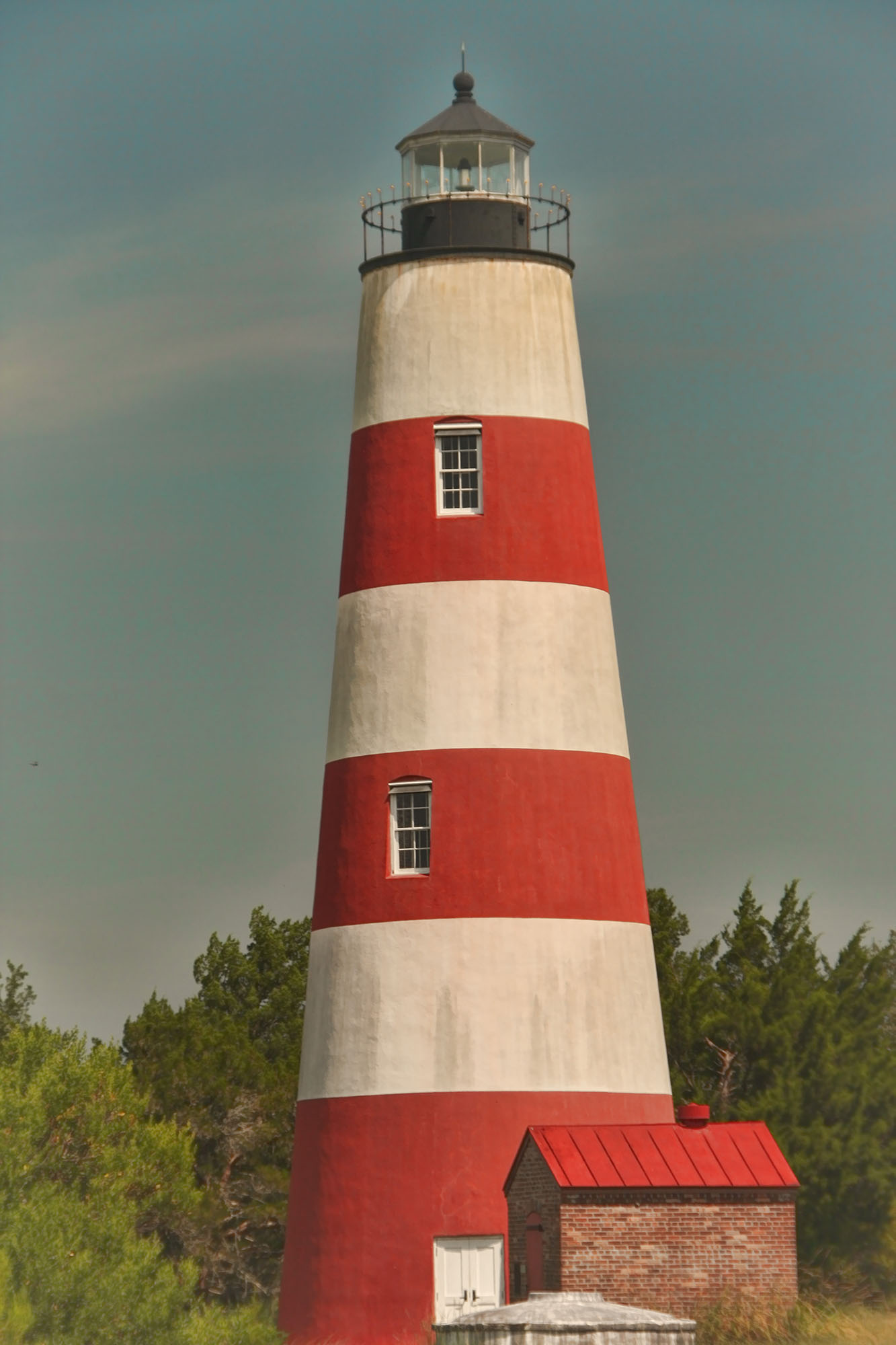 Located five miles off the coast in McIntosh County and accessible by a 30-minute ferry ride is Sapelo Island Lighthouse, on which a 65-foot lighthouse with whale-oil lantern sits on a five-acre tract of land once owned by Thomas Spalding. The acreage was sold to the federal government in 1808 for $1, and in 1820, the lighthouse was built. Situated on the southern tip of the island, the original version of this landmark, red-and-white striped lighthouse was constructed by Winslow Lewis. After being damaged by a hurricane in 1898, the lighthouse was replaced and was inactive from 1905 to 1998. In 1998, the structure was renovated with a new spiral staircase, new lantern glass and light, and the exterior was painted the original striped paint scheme. Now relit, the lighthouse is privately owned and operated. Guided tours of the lighthouse and surrounding island are open to the public and can be reserved through Georgia State Parks. 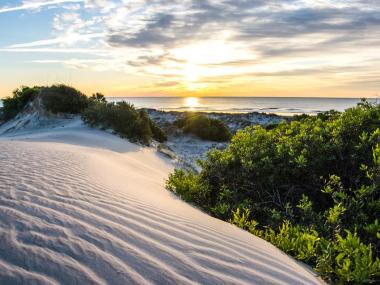 Cumberland Island: From Camping to the Carnegies

What to See in Savannah When You're Short on Time

Get the most out of your time in this charming city with these tips for short trips.