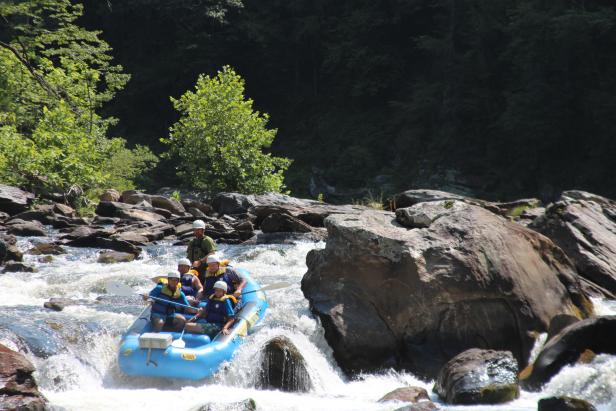 Open since 1971, Wildwater Chattooga Ridge Adventure Center offers whitewater rafting on the namesake Chattooga River. Visitors can join one of their rafting tours for all skill levels.

In addition, the company has zip line canopy tours, kayaking tours, stand up paddleboarding, ropes courses and a climbing wall. Wildwater has onsite accommodations like cabins, cottages and yurts.

One of the oldest rafting outfitters in the region, Southeastern Expeditions offers both full-day and overnight rafting trips through class II to class V rapids. The company started with equipment purchased from Warner Brothers after the filming of "Deliverance," and founder Claude Terry served as a consultant and stunt double in the movie. The minimum age for these trips is 10 years old, and the family-friendly trips down the Chattooga River offer incredible scenery. Full-day tours last 6-7 hours and include lunch. 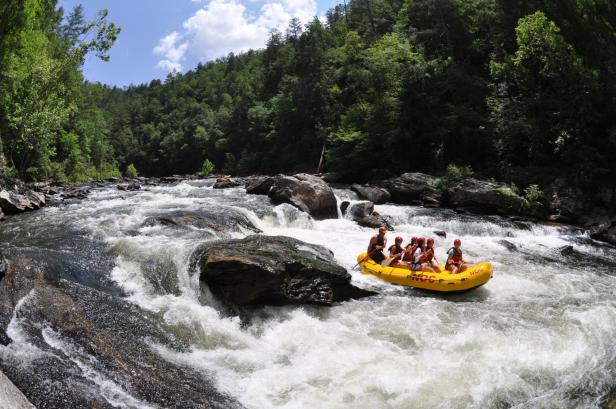 The North Carolina-based outfitter Nantahala Outdoor Center has a North Georgia location on the Chattooga River in Clayton. Their whitewater rafting trips range from the "mild" Section III to the "wild" Section IV. Section IV was made famous by the film "Deliverance" and is a classic Southeastern whitewater rafting run. The trip's highlight is arguably the run through the famous Five Falls, where five tumultuous Class IV+ rapids unfold in quick succession. The two types of trips are appropriate for both first-timers and experienced rafters. 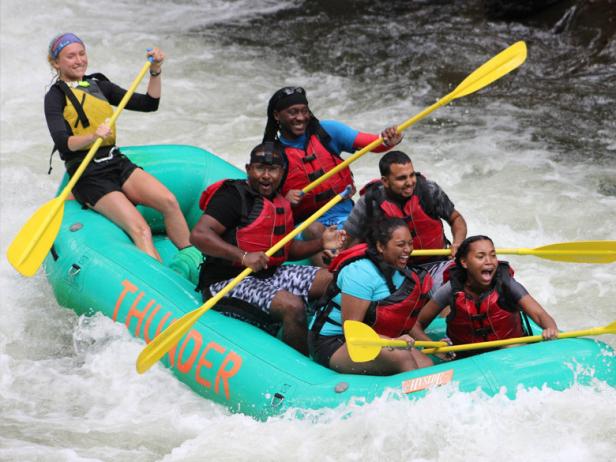 Located in McCaysville, near Blue Ridge, Rolling Thunder River Company operates whitewater rafting adventures on dam-controlled rivers, including the Ocoee, allowing for trips nearly every day of the season from April to October. They have full- and half-day tours available as well as tours on the Nantahala River in North Carolina, and canoeing and tubing tours of the calm Toccoa River. 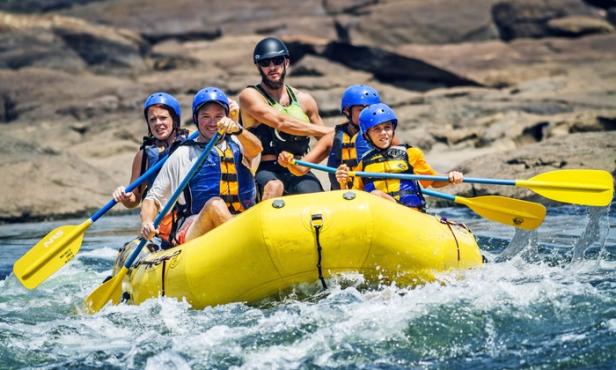 Located in the heart of downtown Columbus, Whitewater Express is unique because their rafting trips run through the Chattahoochee Whitewater Park. Rapids vary by time of day because water is released from the dam. The course has more than five class III rapids during low water and class IV+ at high water. The company oversaw watersports on this river during the 1996 Olympics. 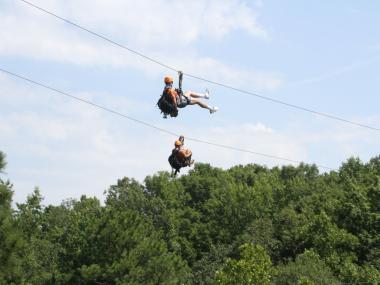 Does your family love a good adventure? Georgia is full of experiences that all ages can enjoy - from zip lining to horseback riding and... 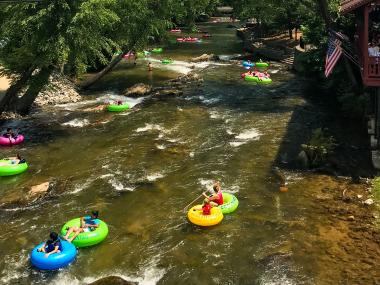 Up for adventure but in a lazy kind of way? Tubing in Georgia is just the thing! 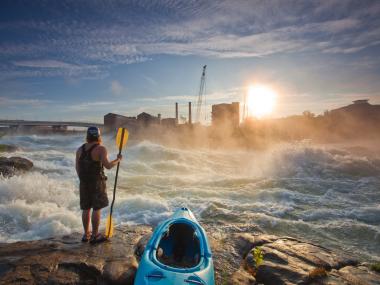 Great Places to Kayak in Georgia

From rushing rivers to calm coastal waterways, kayaking in Georgia reveals a new world of adventure.