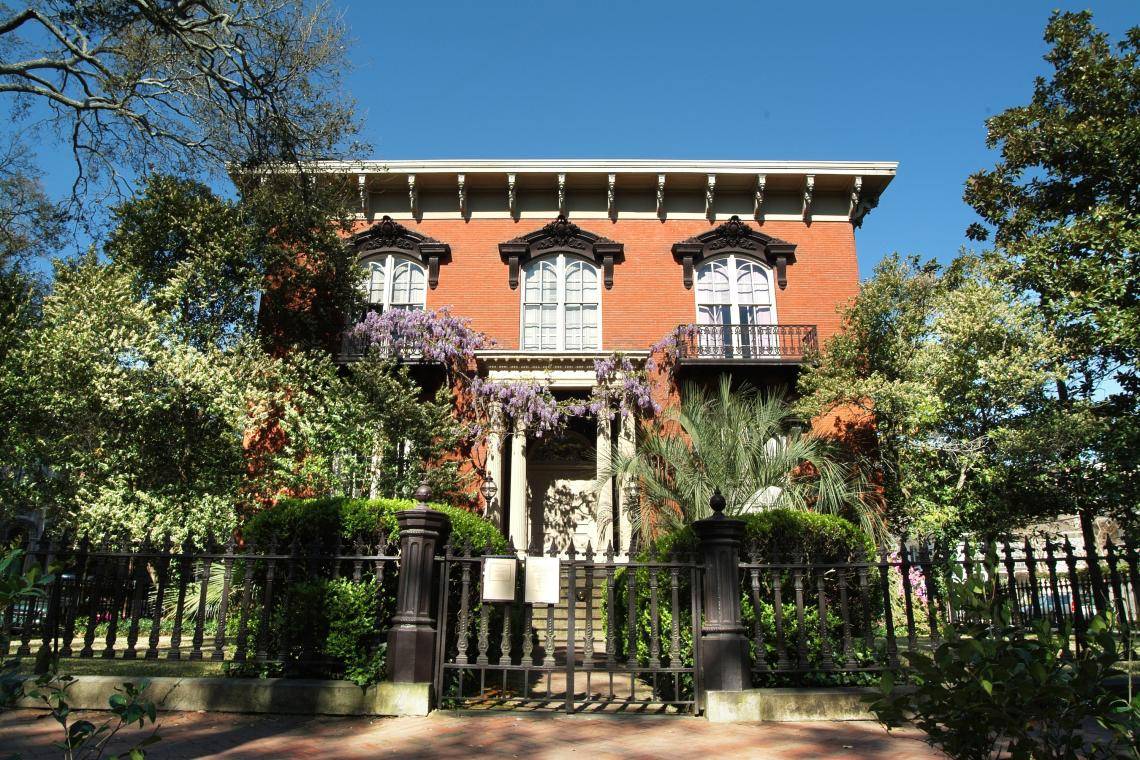 Tour the real locations in the iconic story 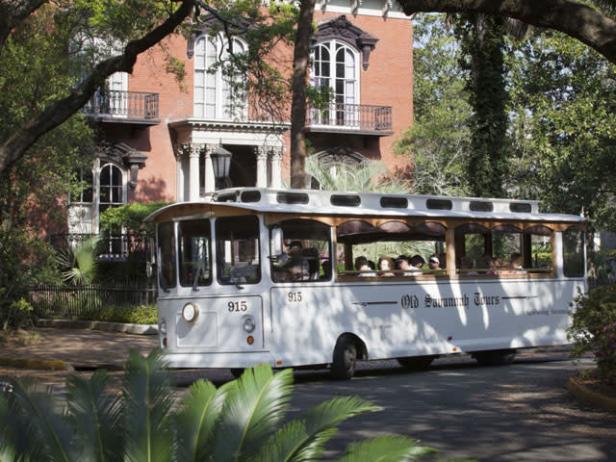 The historic home on Monterey Square is the scene of the crime that plays a central role in the story. Originally owned by relatives of musician Johnny Mercer, Jim Williams purchased it in 1969 and brought it back to its former glory. Today, you can tour the home, but you likely won’t hear anything about the controversial events from the home’s history. 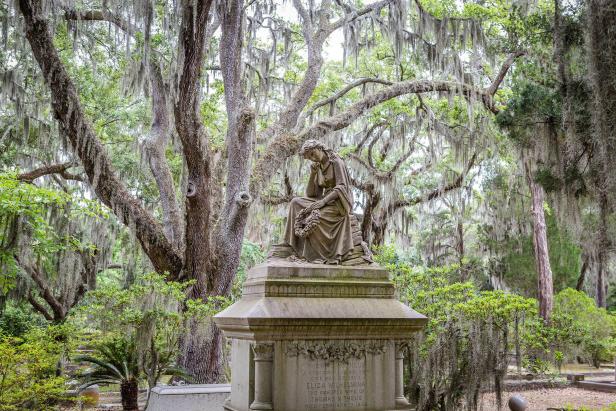 Some of the city’s most notable names, including Johnny Mercer, are buried in this riverside cemetery outside of the historic district. Also inside is the Mercer family plot and Conrad Aiken's grave, where some of the characters in the story have late night drinks. First opened in 1846, the 160-acre Bonaventure Cemetery is filled with Spanish moss-covered oak trees. 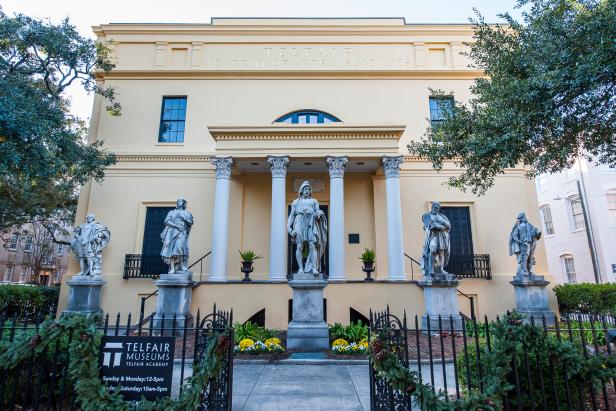 This large art museum is home to The Bird Girl, the statue that graced the cover of the book. The sculpture by Sylvia Shaw Judson soon became a popular lawn decoration. It was originally located in Bonaventure Cemetery, but fans were trampling on the graves to see it. It moved to Telfair Academy in 1997 and later to a space within Telfair’s Jepson Center for the Arts in 2014. The museum first opened in 1886 through a private collection of a local family in a former home. It was also the first art museum in the region. Today, you’ll find 19th century and contemporary works there. 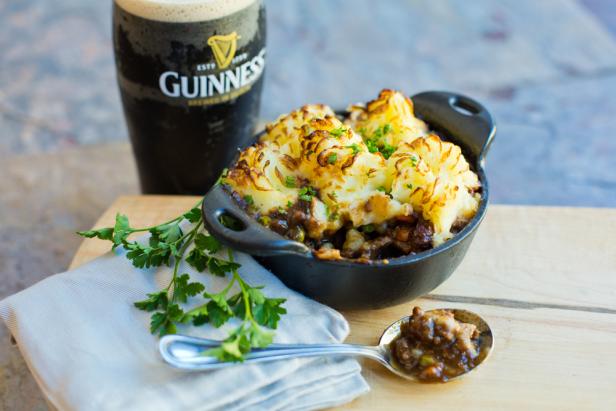 Opened by an expat in 1996, Churchill's Pub was where a scene in the film took place. The location burned down in 2003, but it reopened in 2004 on West Bay Street. The gastropub has a full menu of British and Southern favorites like steak and ale pies, and shrimp and grits. For a pint, order one of the many local beers, or try one from across the pond. 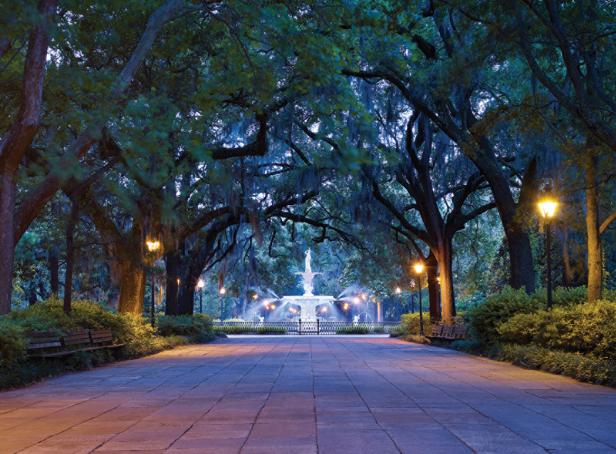 Savannah’s most famous park was also featured in the film. The 30-acre plot surrounds the iconic white fountain. Originally built in the 1840s, Forsyth Park includes a cafe, walking paths and sports areas. It's also home to a weekly farmers market. In addition to "Midnight in the Garden of Good and Evil," other films like "The Longest Yard" and "Cape Fear" used the park as a filming location. 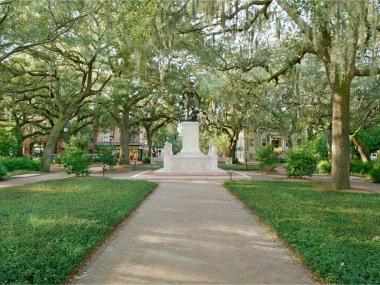 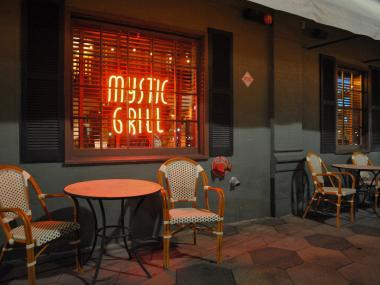 Film Fans, These Restaurants are Made for You

Taste famous dishes while you quote your favorite lines at these film-inspired eateries. 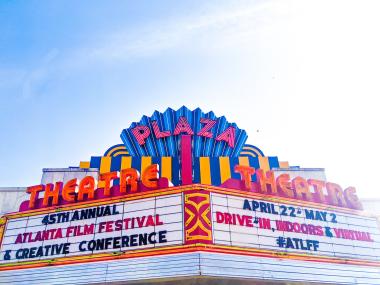