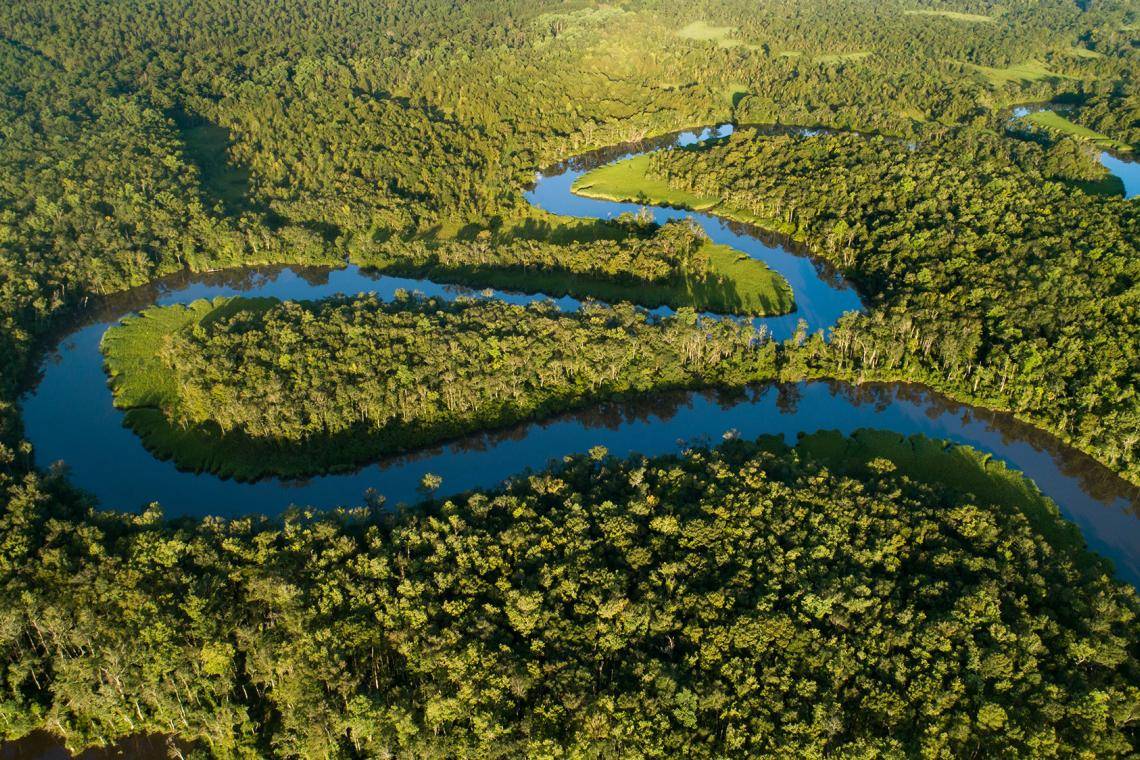 Aerial view of the Altamaha River in Georgia. Photo by Benjamin Galland

The Altamaha River orginates at the confluence of the Ocmulgee River and Oconee River, at the boundary between Montgomery, Jeff Davis, and Wheeler counties. The Altamaha then flows eastward, and a little southward, for 137 miles to empty into the Atlantic Ocean near Darien, Georgia.

Ready to explore the Altamaha? Travel tips for getting started

The passion local conservationists feel toward the Altamaha echoes globally. The river has been designated as one of the “75 Last Great Places on Earth” by The Nature Conservancy for its rich wildlife, diverse plant base and massive scale. On your next trek to the Georgia coast, you should stop and pay a proper visit.

Read up before your visit

Start with "Drifting into Darien," a memoir by Janisse Ray set to the ins and outs of the winding Altamaha. And for the visual learners in the group, "Altamaha: A River and its Keeper" follows the journey of Altamaha Riverkeeper James Holland through his photography, with added narration by Ray and Dorinda G. Dallmeyer.

There’s no shortage of activities to keep you busy on the Altamaha, from deer and turkey hunting to fishing for trophy bass and catfish. But one of the best ways to experience the Altamaha? Grab a paddle. Whether by kayak, canoe, or SUP, you’ll make your way through a tapestry of cypress, lime tupelo, and pine forests (under a canopy of Spanish moss, of course).

The 18-mile route from Everett City to Darien is a good place to start. You’ll find access points at both locations, but for the most part, you’ll be on your own. Make a day trip of it – or pick a spot to set up camp along the way. And don’t worry if the fish miss your hook. When you arrive in Darien, check out Skippers’ Fish Camp or head to Mudcat Charlie’s, where there’s plenty of fried shrimp and grouper to go around.

If you prefer a more structured experience, local outfitters can help with boat rental and pre-planned excursions. For an extended adventure, try the Georgia Conservancy’s annual Altamaha River Weekend Paddle, held each spring. It follows the same 18-mile route, and thanks to high tide, the river will help you along in your efforts. Altamaha Coastal Tours offers several options for guided day trips along the river, its delta, and surrounding areas. Bringing the whole crew? Bond over 11- or 16-mile family paddles so everyone can join in on the fun.

Eyes to the sky

The Altamaha happens to be where avid birder, conservationist, and President Jimmy Carter added the lesser yellowlegs to his list of avian sightings. For you, it might be the purple gallinule, glossy ibis, oystercatcher, or a bald eagle.

One of your best bets for spotting new friends soaring in all their plumage is along the Georgia Colonial Coast Birding Trail at the Ansley Hodges M.A.R.S.H. Project (part of the Altamaha Wildlife Management Area). Sitting atop a former rice plantation, the impoundment offers prime viewing for birds of prey, shorebirds, songbirds, wading birds, waterfowl, and raptors.

The Altamaha has something for everyone – and something new to discover with every visit. Don’t miss the wild, beautiful adventure of this hidden Georgia treasure. We hope to see you around the river. 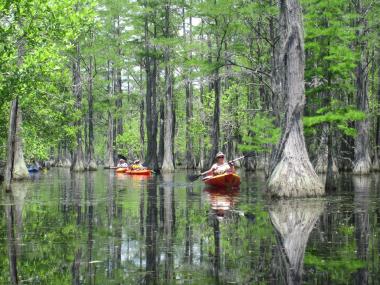 A little off the beaten path, these Georgia rivers and lakes offer unbeatable scenery for paddlers. 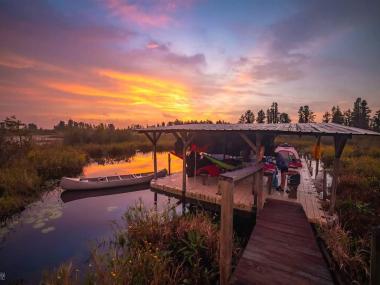 Follow these tips for planning a truly unique overnight experience in one of Georgia's most remote destinations. 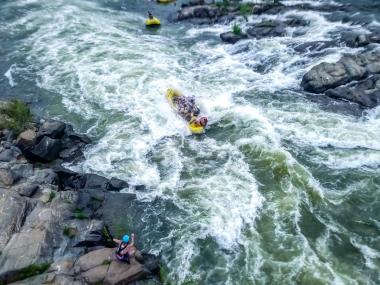 Georgia is known for its waterways, especially its rivers. If you’re looking for a thrilling experience, visit the communities of north and southwest Georgia for...