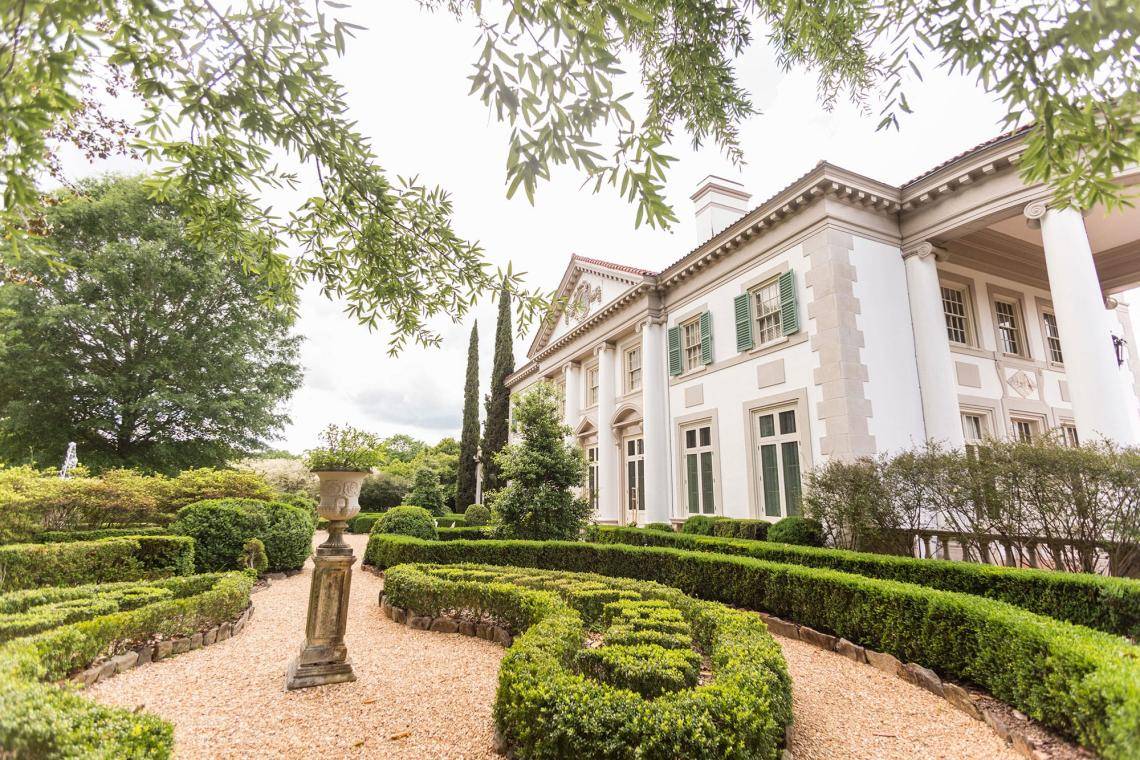 We love to make history part of our travel adventures; it is an easy and wonderful way to make the past come alive for kids. Recently we visited LaGrange, where, as a family, we learned about a man who cherished civil nationalism, a man who overcame incredible adversity to make unprecedented strides in engineering, and a family whose generosity and kindness still endure in Georgia today. 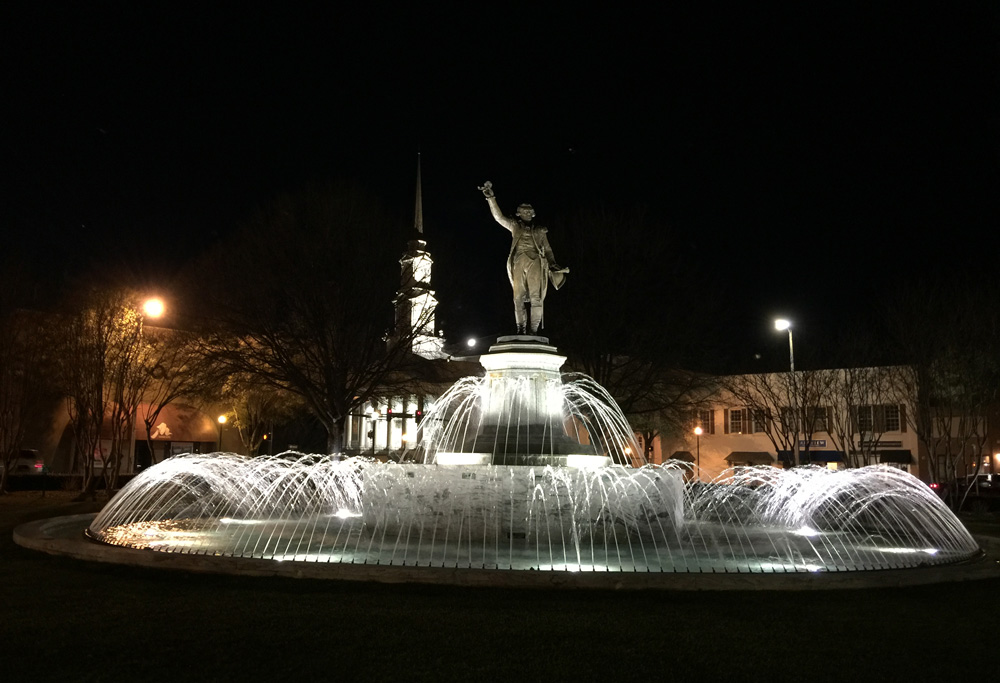 A bronze statue of General Lafayette stands in the center of the downtown LaGrange.

General Lafayette was a French aristocrat who fought for the U.S. during the Revolutionary War. LaGrange is named after his estate near Paris, probably because of a trip through the area in 1824 when he remarked that the land reminded him of his home.

According to the Athens Banner-Herald, the LaGrange College and the Callaway Foundation commissioned a full-sized bronze statue of Lafayette similar to one in France. As part of the 1976 bicentennial celebration, the statue was given on permanent loan to the city for placement in the center of the downtown square. 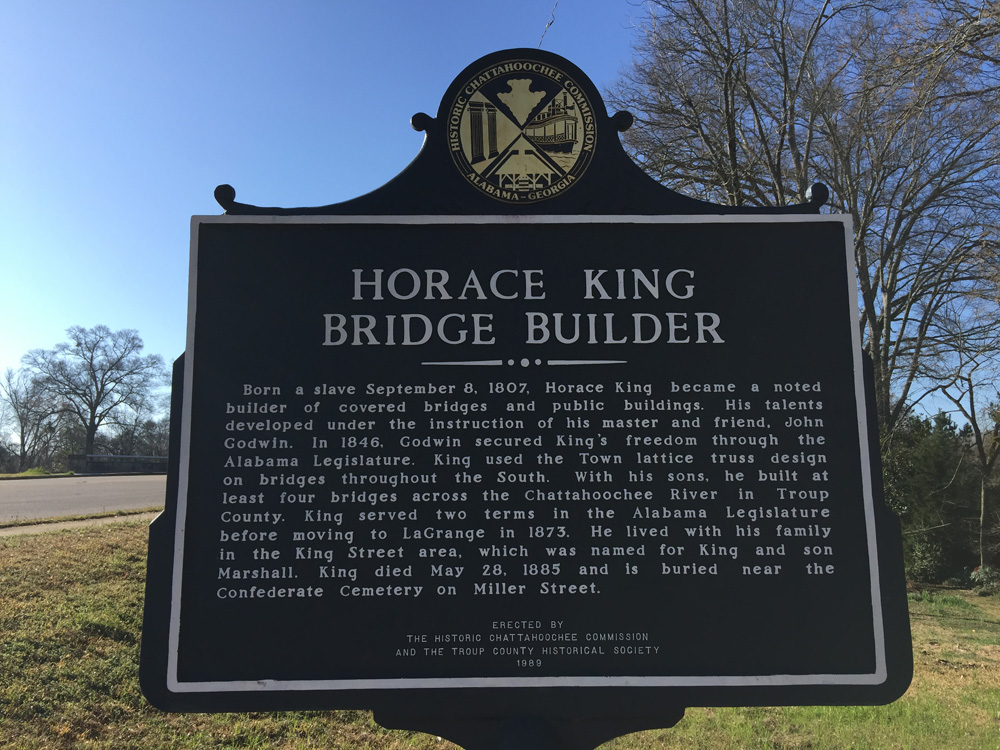 Horace King, a master bridge builder and architect, is buried in LaGrange.

Born in the early 1800s, Horace King learned bridge-building as a slave, and quickly rose as a master bridge builder and architect. How great was he? White men would often change their construction plans entirely to accommodate the availability of this slave – something unheard of at the time.

In 1846, King’s freedom was granted by his master, and King went on to serve two years in the Alabama Legislature while continuing to work in towns along the border. King received laudatory obituaries in each of Georgia’s major newspapers, a rarity for African Americans in the 1880s South. He was inducted into the Alabama Engineers Hall of Fame at the University of Alabama after his death. King and his sons are buried in the lower section of the Miller Street Confederate Cemetery in LaGrange. We were honored to visit his grave while visiting.

Callaway, born in LaGrange, modeled successful businesses at an early age, pinched pennies and persevered to become a textile manufacturer and leading industrial magnate in the South. His textile mills, and garden, cultural, humanitarian, and religious projects made strides for Troup County and its residents.

He purchased gardens from a family friend, building the Callaway home among the breathtaking grounds, which he named Hills & Dales. He lived there with his wife Ida and two sons, Cason Jewell Callaway and Fuller Earle Callaway Jr.

You might be familiar with one of his sons, Cason Callaway, who opened the nearby Callaway Resort & Gardens. Fuller’s younger son, Fuller Jr., purchased Hills & Dales. His wife Alice managed and grew the gardens. When Alice passed, the gardens and home were bequeathed to the Callaway Foundation and are now available for touring.

Where will you take your next video call? Maybe by a waterfall in the North Georgia mountains or on Driftwood Beach? Whether you're meeting with...

Finished all the puzzles in your pantry? We're bringing the best of Georgia right to you with a series of interactive digital puzzles. Experience the...
Read More

We're all in this together, and Georgia will be ready and waiting for you when it's time to travel again. Until then, use this list...