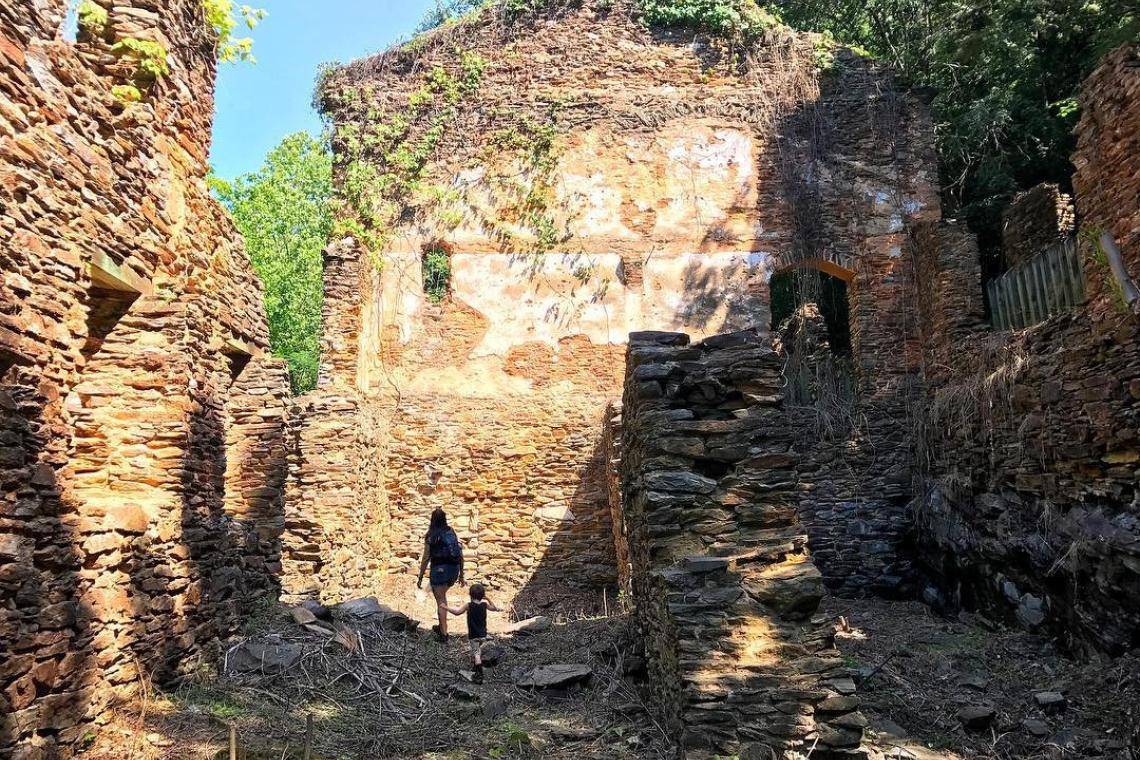 A stacked-stone, Civil War-era paper mill can be found on the banks of a rocky creek at Sope Creek Trail. Photo by Brian Michael Walters, @bmwaltersnj

Hike to ruins, ancient carvings and more surprising history on these Georgia trails.

You can see so much on a walk through the woods. Most sights are natural and expected — from beautiful plants and frolicking animals to majestic mountains and powerful waterfalls, it's a truly immersive experience.

But sometimes, Georgia's many trails lead you to a surprise. Something truly unexpected, out of place, man-made and historical.

Ancient Native American carvings and stunning, yet sometimes spooky, ruins of buildings abandoned long ago, can only be visited on foot or by bike, hidden among the state's forests, rivers and swamps.

In these preserved sites, you can see these reminders of Georgia's fascinating past.

A casualty of war awaits you along the Sope Creek Trail in the Chattahoochee River National Recreation Area, just north of Atlanta. The Marietta Paper Mill was burned by Union troops as they approached the city in 1864, but the factory was rebuilt, only to be abandoned more than 100 years ago. The remaining stone walls appear as if a castle once protected the spot.

The Davidson-Arabia Nature Preserve is stunning in itself. It features a spectacular granite outcropping — not the more famous and nearby Stone Mountain — an array of natural features, and miles of hiking and biking trails just 20 miles from downtown Atlanta. One trail leads not to ruins, but to a reminder of the past: the Monastery of the Holy Spirit, a community of monks established in the 1940s that welcomes visitors and features the picturesque Abbey Church. Nature combines with fine dining at Seven Gables Restaurant & Bar on a tree-filled 2.25-acre estate.

Stone walls that once were part of a pre-Civil War paper mill dot the landscape along Snake Creek in the forest near Whitesburg. Banning Mills was built in the 1840s, and what's left of it is now part of a thoroughly modern enterprise called Historic Banning Mills that includes a bed and breakfast, conference center, a 140-foot tall climbing wall, zip line tours and a spa.

You expect amazing views from the mountains throughout North Georgia. But at Track Rock Gap near Blairsville, you'll want to look down, not up. Native Americans carved all sorts of symbols, such as footprints, animal tracks and circles, into the rocks around this area 1,000 years ago. The petroglyphs, as they're called, can be accessed by car, but don't worry if you want to wander through the surrounding woods. The 11-mile Arkaquah Trail, which leads to Brasstown Bald, Georgia's highest peak, is nearby.

Downtown Macon provides the backdrop for a portion of the Ocmulgee Heritage Trail, an 11-mile path that links the city's older Native American past with its more recent musical history. The trail meanders next to the Ocmulgee River and passes cemeteries, a statue honoring musician Otis Redding, who grew up in Macon, and ends at Ocmulgee Mounds National Historical Park, a series of Native American mounds that are thousands of years old, including one five stories tall.

Dig deeper into the Georgia wilderness along the 2.6-mile Oak Ridge Trail in Little Ocmulgee State Park, near McRae. Rare native Georgia species, including the gopher tortoise, and many types of Georgia plants can be found in the park, which also offers a lodge, cottages, campsites, a golf course and the Fairway Grill.

You can give your feet a rest at the Augusta Canal National Heritage Area, where more history awaits by land and water. Boat tours are available, but also hikers and bikers now enjoy the paths that were once used by mules to pull boats along the canal that runs parallel to the Savannah River. Other trails lead past 19th century mills and historic bridges near downtown Augusta. One of which — Butt Memorial Bridge — was finished in 1914 and is named for U.S. Army Maj. Archibald Butt, an Augustan who died on the Titanic.

There are more than 40 miles of hiking trails at F.D. Roosevelt State Park, including the 26-mile Pine Mountain Trail. The former president's connection to the area is evident everywhere, from the Little White House in nearby Warm Springs to picturesque Dowdell's Knob, a high overlook that was once a favorite of the former president. A sculpture of FDR awaits those to make the trek to the top. Stone cottages built by the Civilian Conservation Corps — one of FDR's programs — in the 1930s dot the landscape.

A walk through Georgia's legendary Okefenokee Swamp doesn't mean you have to get your feet wet. You can explore a portion of the 438,000-acre swamp, which the Native Americans called "trembling earth," along the Chesser Island Boardwalk, from which you can spot plenty of wildlife. Nearby, a replica homestead depicts how settlers would have lived in the swamp, and you can gain a higher view of your surroundings by climbing the 50-foot tall Owl's Roost Tower on the boardwalk.

Head to the coast

The beauty of Georgia's islands have been beckoning folks for hundreds of years. Several reminders of the past can be found along the coast. One of those is on Jekyll Island, where the Wanderer Memory Trail opened in 2018. The interactive hike/exhibit tells the story of the Wanderer, a slave ship that illegally landed there in 1858, through the eyes of a young slave named Umwalla.

Unusual distractions dot Big Ferry Trail on Skidaway Island. Moss hangs from the trees, setting an eerie backdrop to this 3-mile walk through Skidaway Island State Park. You can see remnants of moonshine stills, left to rust since Prohibition ended in the 1930s, and earthworks that were a part of Civil War fortifications.

The ruins of the Gilded Age rise spectacularly above Cumberland Island, which has more than 50 miles of hiking trails. Brick walls and chimneys are all that remain of Dungeness, a mansion that was built by Thomas Carnegie in the 1880s and burned in the 1950s.

As your feet traverse these preserved links to the past, these journeys serve as a reminder that you don't need a museum to find pieces of Georgia history. Take advantage of the amazing weather and hit some of these great nature trails before the end of the season. 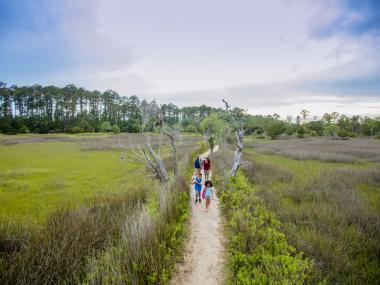 Georgia's most popular hiking trails are also some of its most enchanting. 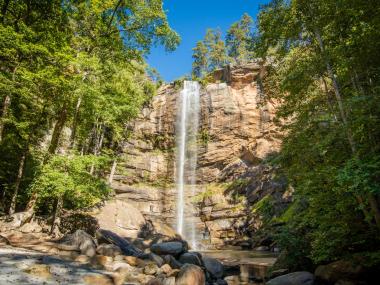 The Best Waterfalls in Your Own Backyard

The beauty of Georgia's waterfalls can lure even the not-so-outdoorsy types off the beaten path and into picture-perfect wilds. 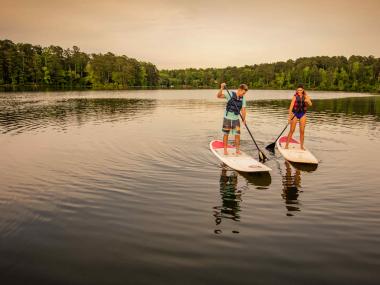 50 Ways to Get Outside

From paddling Georgia's lakes to soaring high above the pines on zip lines, there are so many ways to explore Georgia's great outdoors. Start your...