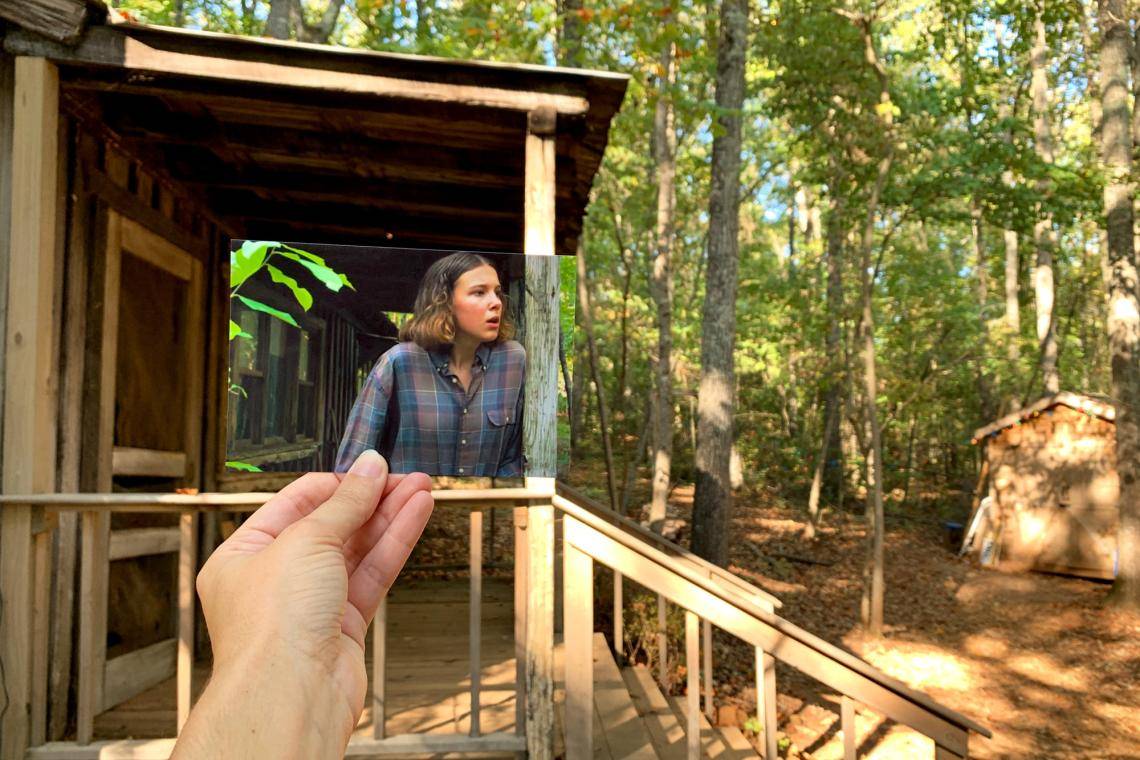 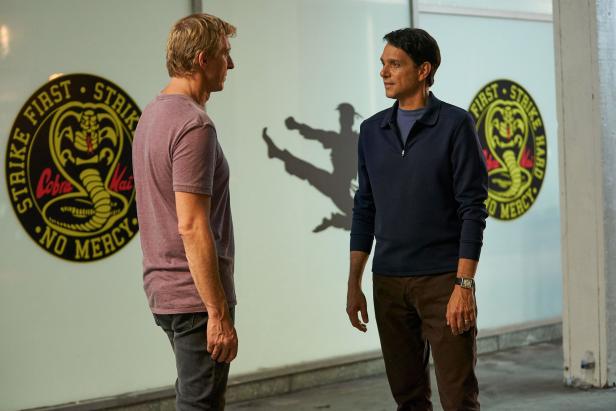 Filming for the series, starring Ralph Macchio, has stretched from Atlanta to the coast. The training scenes in the first season look like the exposed stone of Georgia’s monadnocks like Arabia and Panola mountains near Atlanta. A scene in season two used the Tybee Island Pier as a background.

The '80s skating scene took place at the Cascade Fun Center, Atlanta’s most famous roller rink. Visitors can lace up their skates just like the characters. In season three, Underground Atlanta stood in for a shopping center in Japan while the Fernbank Science Center served as the Ventura Zoo. 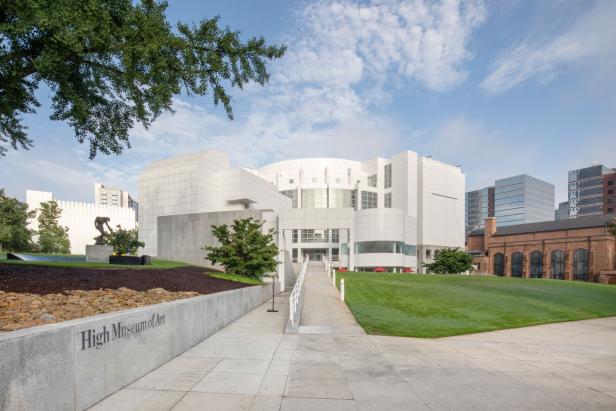 The Falcon and the Winter Soldier

The hit Marvel series "The Falcon and the Winter Soldier" brings together two of the franchise’s favorite characters. The first season premiered on Disney+ in 2021. It was filmed largely in Trilith Studios in Fayetteville, but other locations were used.

In Atlanta, the High Museum of Art’s Wieland Pavilion stood in for the Smithsonian museum. The press conference announcing a new Captain America took place at the Georgia State Capitol building, along with one of the final scenes of the series. The iconic gold dome was digitally removed.

The Krog Street Tunnel, the Wimbish House, and DeKalb History Center also made appearances. The Flag Smashers gathered among the ruins at Sweetwater Creek State Park in Lithia Springs, which has trails and yurts.

Sam and Sarah’s trip to the bank was in the small town of Barnesville. While set in Louisiana, the scenes of Sam Wilson’s hometown are actually in Savannah. The Wilson Family Seafood dock scenes were filmed on Skidaway Island.

The hit Netflix series "Ozark" premiered on Netflix in 2017, telling of the Byrde family’s trials when the patriarch is forced to launder money for a Mexican drug cartel at the Lake of the Ozarks. Four seasons are currently available for streaming.

In the first season, Marty, played by Jason Bateman, and his wife, played by Laura Linney, meet with his drug lord boss at a winery. Chateau Elan in Braselton was the location, which offers wine tastings, restaurants, a spa, and hotel rooms. The Silver Skillet in Atlanta was used for a season one diner scene and serves hearty Southern meals.

In season two, the Missouri Belle lakefront casino is introduced. In real life, it’s the decommissioned riverboat at Stone Mountain Park docked on the lake. A season three scene shows the boat docked with buildings in the background, which actually digitally added the boat to the Savannah Riverfront. The Westin Savannah Harbor is visible in the distance.

In another episode, Ruth goes to drop off cash at Atlanta’s Starlight Drive In movie theater. The cartel boss’s home isn’t in Mexico, but rather at the mausoleum at Westview Cemetery in the city’s historic West End. 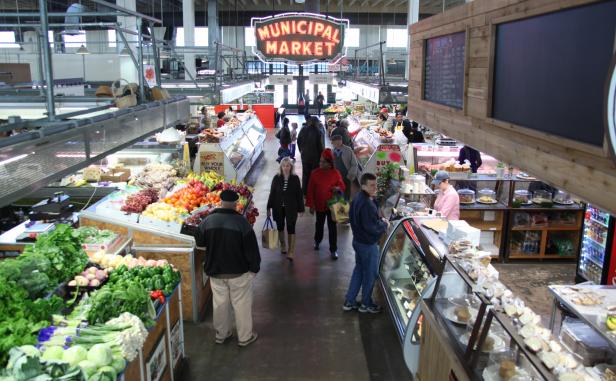 The reboot of "Queer Eye" premiered on Netflix in 2018, bringing in a new "Fab Five" to meet one person in need and help them live their best life. Of the six seasons available for streaming, two were filmed in Atlanta and other Georgia towns.

Eat like the gang at The Municipal Market, where Antoni brings Cory to learn about how to assemble the perfect date night dinner. Other episodes feature Kirkwood’s Sun in My Belly, Decatur’s Chai Pani, Clarkston’s Refuge Coffee, and Bacchanalia on the Westside.

Shopping is another important aspect of the show. Tan loves the boutiques of Ponce City Market, which features prominently on the show. Other shopping trips visit the funky boutiques of Little Five Points and the upscale stores at The Buckhead Village District. 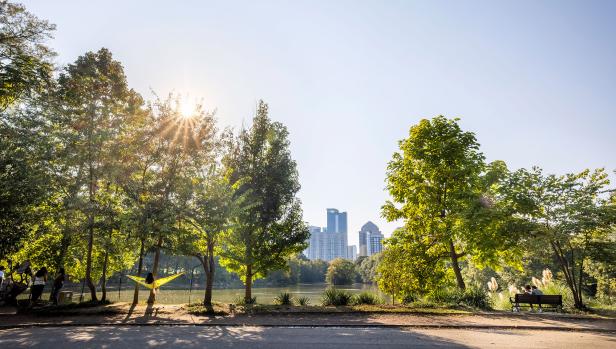 The reality dating show "Ready to Love" premiered on OWN in 2018. The first two seasons were filmed in Atlanta while the third was set in Houston, and the fourth was in Washington, D.C. The series brings together a group of men and women in their 30s and 40s looking for love in the city. It’s hosted by Thomas "Nephew Tommy" Miles of "The Steve Harvey Morning Show."

The love matches go on dates all over town, with memorable scenes at the shops and restaurants of Atlantic Station, Piedmont Park, the BeltLine’s Eastside Trail, and Centennial Olympic Park. 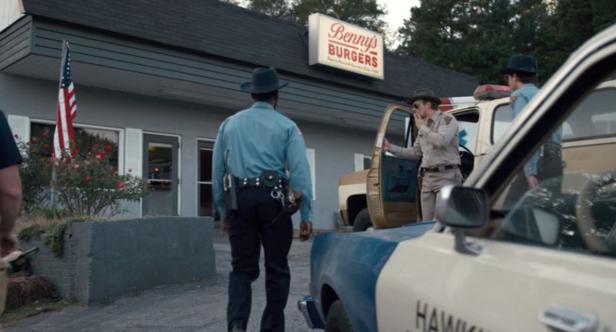 The science-fiction series "Stranger Things" was an immediate hit, released on Netflix in 2016. There are three seasons available for streaming, with a fourth coming in summer 2022. The show is filmed exclusively in the greater Atlanta area.

In the first season, Eleven escapes and is taken in by Benny and given a burger to eat. In real life, the restaurant is Tiffany’s Kitchen in Lithia Springs. You won’t find Benny in the kitchen, but you can enjoy a waffle. You can also dine at Enzo’s, where Hopper is stood up on a date, also known as Dominick’s in Norcross.

The scenes with the rotting pumpkins and the hole that Hopper digs to the "Upside Down" is at Sleepy Hollow Farm in Powder Springs. The exterior of Hopper’s cabin is also here, now used as an escape room. The interior scenes were filmed at the studio. Georgia Tour Company in Senoia offers tours of the locations. 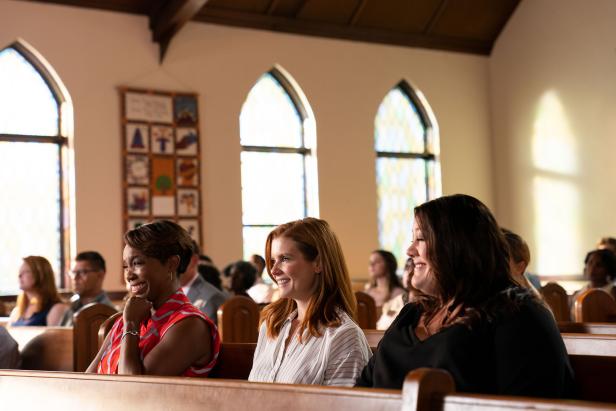 Based on the novel of the same name, "Sweet Magnolias" premiered on Netflix in 2020. The first season is available for streaming, and season two is due out in February 2022. It tells of three friends living in South Carolina handling the complexities of life. It was filmed almost exclusively in Covington, Georgia.

The 1884 Newton County Courthouse is featured prominently, used for both interior and exterior scenes. The Alley at Mystic Grill was transformed into Sullivan’s restaurant for the series. The restaurant’s store has a small museum of film-related artifacts and souvenirs. The Depot Sports Bar was also used as the pizzeria in the second episode, set in a former train depot.

In the first episode, kids walk through Southview Cemetery in Covington. A private office was used as the setting for the spa that Helen opens, but you can see it and many others driving down College Avenue. 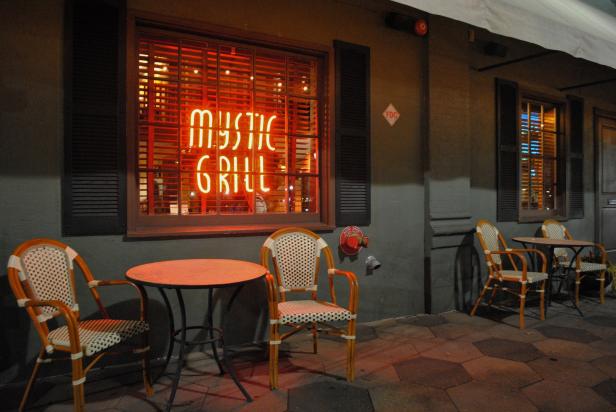 The hit CW series "The Vampire Diaries" has found a new audience on Netflix. The 2009 show has eight seasons about a girl that falls in love with a handsome vampire. Covington was the main filming location, and it’s considered to be the mecca for fans.

Just like "Sweet Magnolias," "The Vampire Diaries" featured the Newton County Courthouse. Mystic Grill opened after the success of the show and has signed photos from the stars.

Twelve Oaks Bed & Breakfast has been used for dozens of filming projects, including this series. The 1836 mansion was used in flashback episodes. Fans can spend the night in the lavish rooms.

Vampire Stalkers operates Mystic Falls Tours, showcasing the locations from the show and "The Originals," the spin-off. They also have a gift shop featuring TVD merchandise. 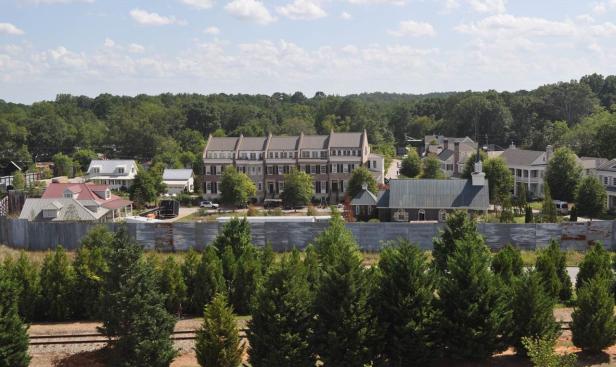 The zombie apocalypse series "The Walking Dead" premiered in 2010 and is about a group of survivors who escape Atlanta and look for their own community. The show has 11 seasons available for streaming on both Netflix and AMC+, filmed exclusively in Georgia.

The show has used a number of locations, but Senoia was used as both the town of Woodbury and the walled community of Alexandria. There are also souvenir shops and Nic & Norman’s, a restaurant owned by Norman Reedus and Greg Nicotero. Georgia Tour Company in Senoia and the Walkin Dead Tours in Haralson operate tours of the area’s locations.

In Atlanta, the famous image of Rick entering the city on horseback was taken on the Jackson Street Bridge. The futuristic Cobb Energy Center stood in for the CDC. Recent seasons have used the iconic driftwood beach on Jekyll Island. 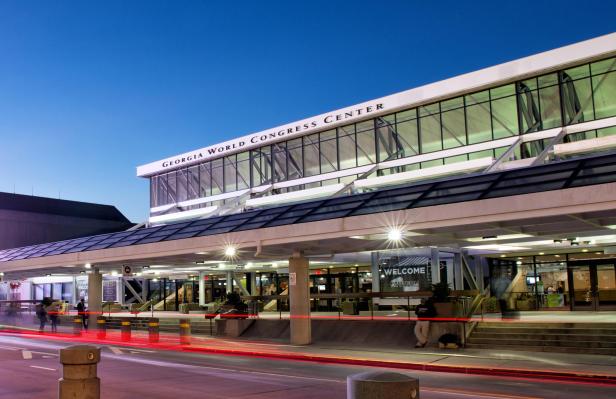 The Marvel series inspired by the 1950s sitcoms, "WandaVision," brings together The Scarlet Witch and Vision. The show premiered with one season on Disney+ in 2021. Some locations were on studio lots in Los Angeles, along with Trilith Studios in Fayetteville.

In Atlanta, the Georgia World Congress Center stood in as the SWORD headquarters, where Wanda is seen leaving. The convention hall downtown hosts conferences and other events throughout the name.

The small town of Williamson, Georgia, was used in the Halloween episode for its suburban streets. The coven scene was believed to be filmed at Elders Mill near Senoia, which was also used for "The Walking Dead."

And while it wasn’t featured in the film, the WandaVision team had their wrap party at Skyline Park at Ponce City Market. The rooftop park has rides, games, food, and drink. 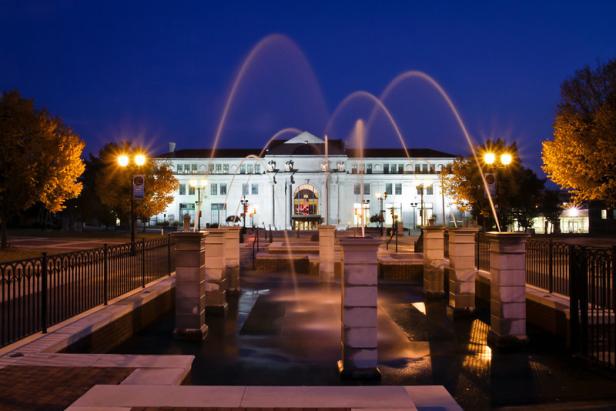 The first season series "The Underground Railroad" was released in 2021 on Amazon Prime. It was based on the Pulitzer Prize-winning book by Colson Whitehead about a woman escaping slavery.

Much of the filming took place in Savannah. The gold dome of City Hall is visible in a number of scenes. Myrtle Grove Plantation in nearby Richmond Hill was another location, also used in "Glory" and 2016’s "The Birth of a Nation."

One scene used the Lumpkin Campground in Dawsonville, a Methodist site for camp meetings in 1830. The rustic cabins and open air pavilion are still in use throughout the year.

Macon’s Terminal Station also was used. The 1916 former rail station is now used for events. The towns of Mansfield and Covington also were highlighted. 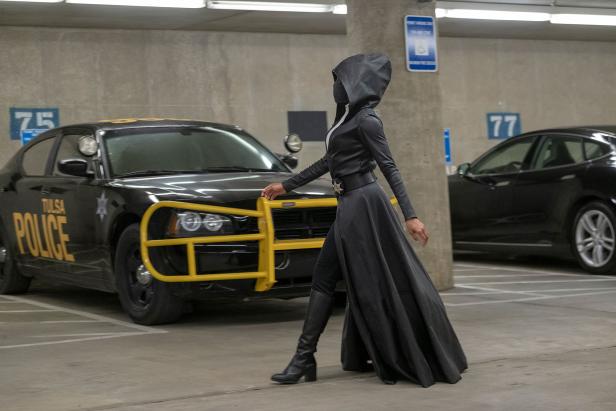 Based on the hit graphic novel series, "Watchmen" premiered on HBO in 2019. One season is available on HBO Max and follows the real-life racial violence in Tulsa, Oklahoma, interwoven with fictional vigilantes and aliens.

The opening scene of the Tulsa Race Massacre was filmed in Cedartown in North Georgia. In the Atlanta area, the Decatur Square was featured in a number of scenes, along with the Decatur Cemetery and Atlanta’s Oakland Cemetery.

The street fair took place in Newnan, and the Hargray Capitol Theatre in Macon also was featured. 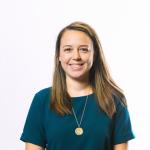 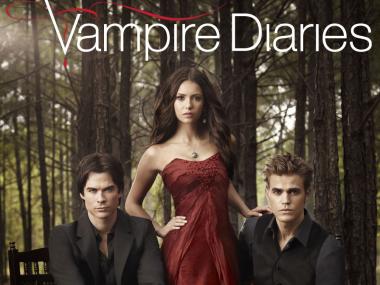 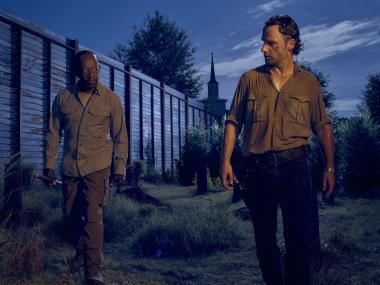 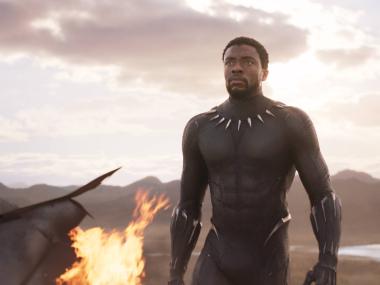 Where to Find Wakanda in Georgia

OK, you can't actually visit Wakanda. But, you can come close at these Black Panther film locations in Georgia.