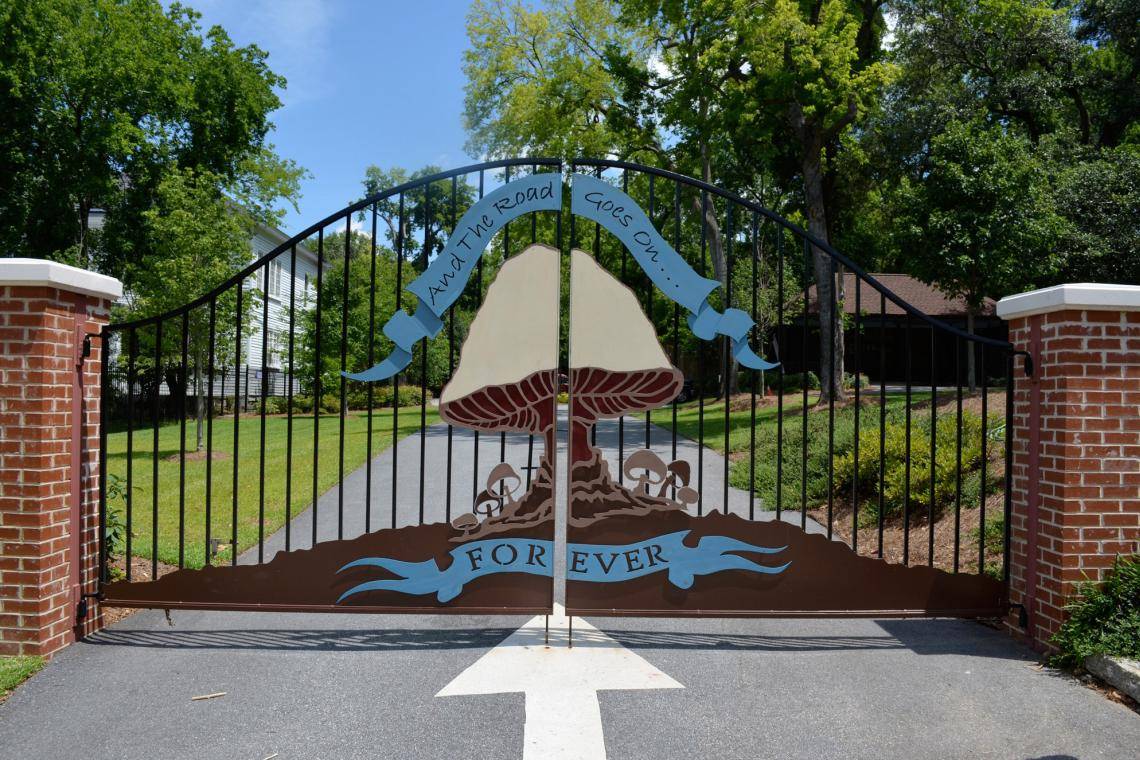 Pioneering and proudly Southern, the Allman Brothers Band was offered every opportunity — and actively encouraged — to move to either Los Angeles or New York City. Instead, it chose to remain true to its roots, making Macon and its environs both a physical and spiritual home for one of the more iconic acts in the Southern Rock canon.

Although some sites associated with the band are difficult, if not impossible, to access, there are several places to visit in Georgia that highlight the Allman Brothers Band's contributions to music. 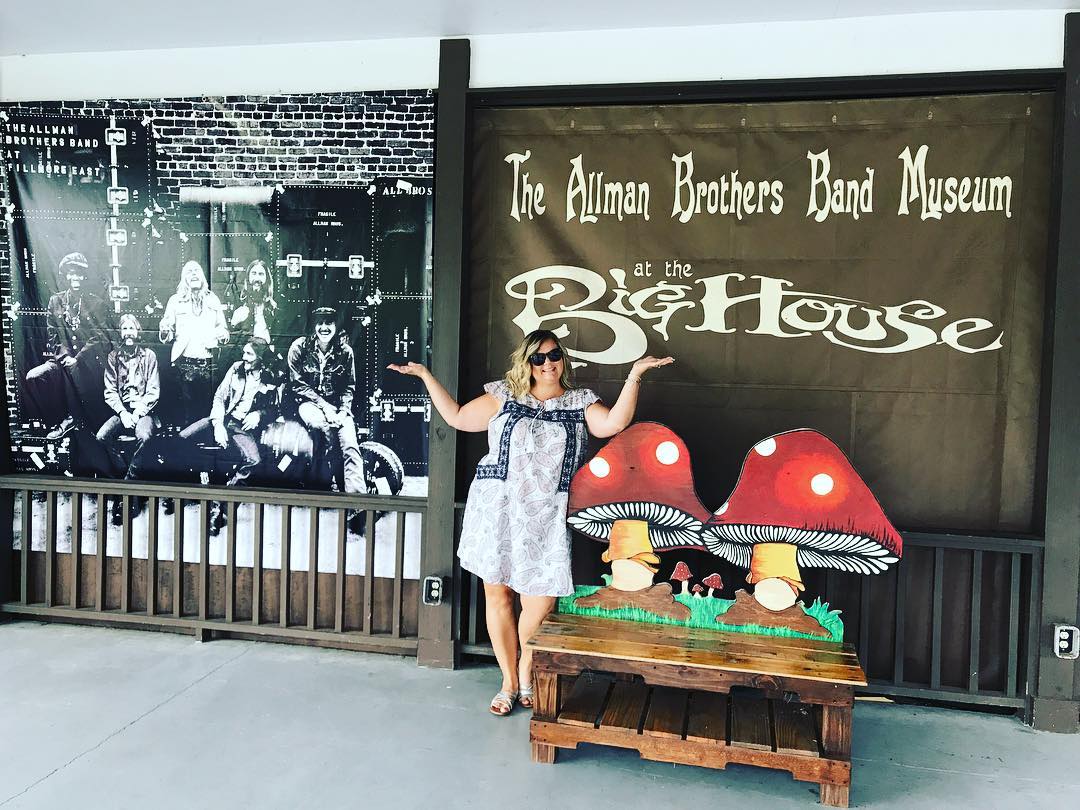 Sometimes referred to as the Big House Museum, this collection of Allman memorabilia and history is housed in the sprawling Tudor the band called home during the early days of its career. The nearly 6,000 square feet of display space includes not only exhibits dedicated to the band, its history and music, but also the people that lived there. The bedrooms of both Duane Allman and original bassist Berry Oakley’s daughter Brittany have been recreated as reminders that this was a place people not only created, but lived. 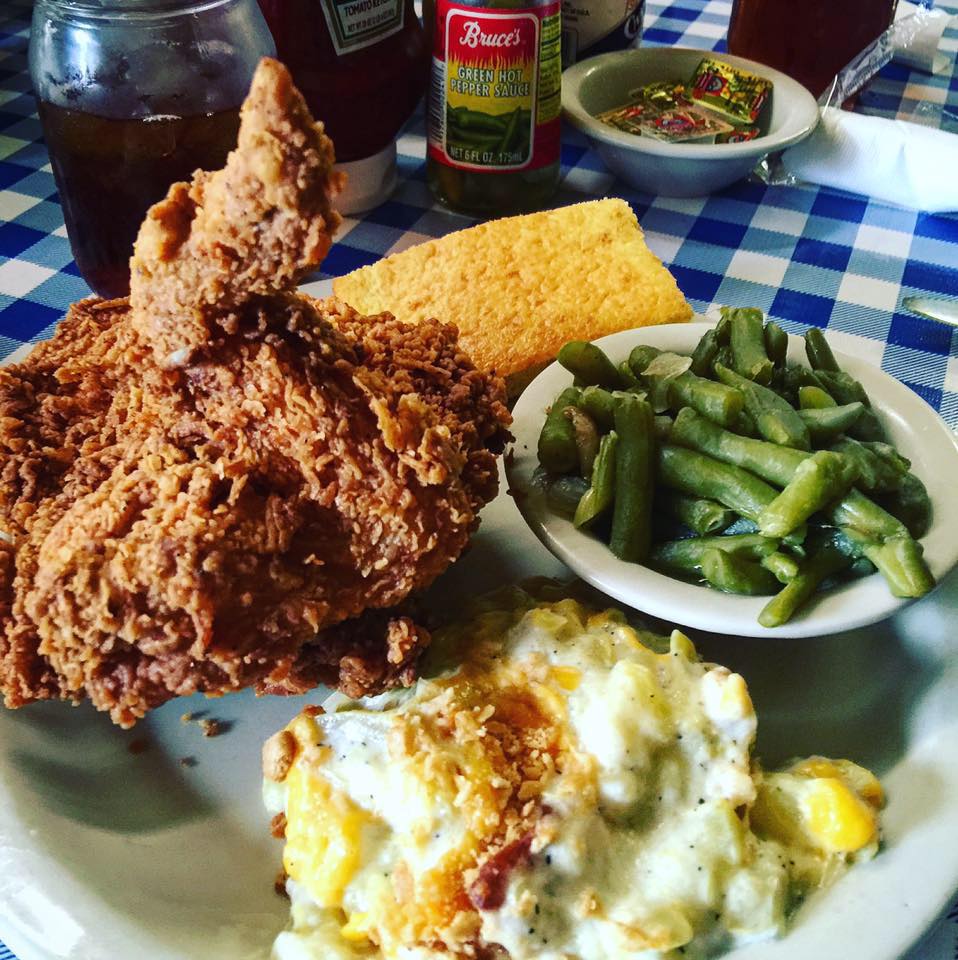 During the Allman Brothers Band's early years, when money was tight and stomachs often empty, H&H co-owner "Mama" Louise Hudson provided a sympathetic ear, a fair measure of inspiration and more than a few biscuits for a band looking to find its place in the rock universe. The result was a unique relationship that remains today. The walls of H&H are covered with memorabilia from the band's career and its relationship with the eatery. Come for the history, and stay for what remains some of the best soul food in the area. 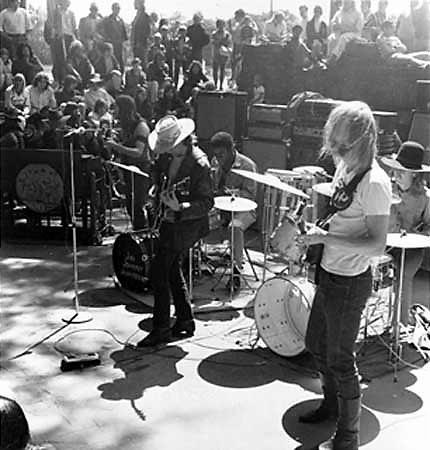 In summer 1970 the Allman Brothers Band, yearning for performance possibilities outside of Macon, began playing impromptu sets at Piedmont Park just north of downtown Atlanta. What initially were loose sets in front of a few hundred people quickly became semi-organized events with a flatbed stage, generators and like-minded bands in support. The park still regularly hosts concerts and festivals, like May's Atlanta Jazz Festival and September's Music Midtown, on its expansive lawn.

Although not open to the public, the small cabin the Allman Brothers Band wrote its second album in and named it for is located near Lizella, Georgia, about 11 miles southwest of Macon proper. While the cabin itself may be off limits, it is located off Old Knoxville Road, and the inspirational rural setting is a favorite among motorcyclists as well as rock bands.

There isn't much to recommend about the corner of Hillcrest Avenue and Bartlett Street in Macon. There is a lumber yard, a few modest homes, an impressive array of potholes and a modest marker commemorating a tragic moment in music history. It was at this intersection that founding Allman Brothers member and lead guitarist collided with a truck and was killed in October 1971. Ironically, less than a year later Allman Brothers Band bass player Berry Oakley would suffer a similar fate just a few short blocks away.

The fledgling Capricorn label signed the Allman Brothers and brought the band to Macon. In return, the band made the studio and city an epicenter for a very particular brand of music and fan. While the label and its holdings were all but abandoned by the 1980s, the building (540 Martin Luther King Jr. Blvd.), recently tagged for redevelopment, remains. True Allman fans may also want to seek out the spot where the band – and its roadies – were photographed for the "Live at the Fillmore East" album. 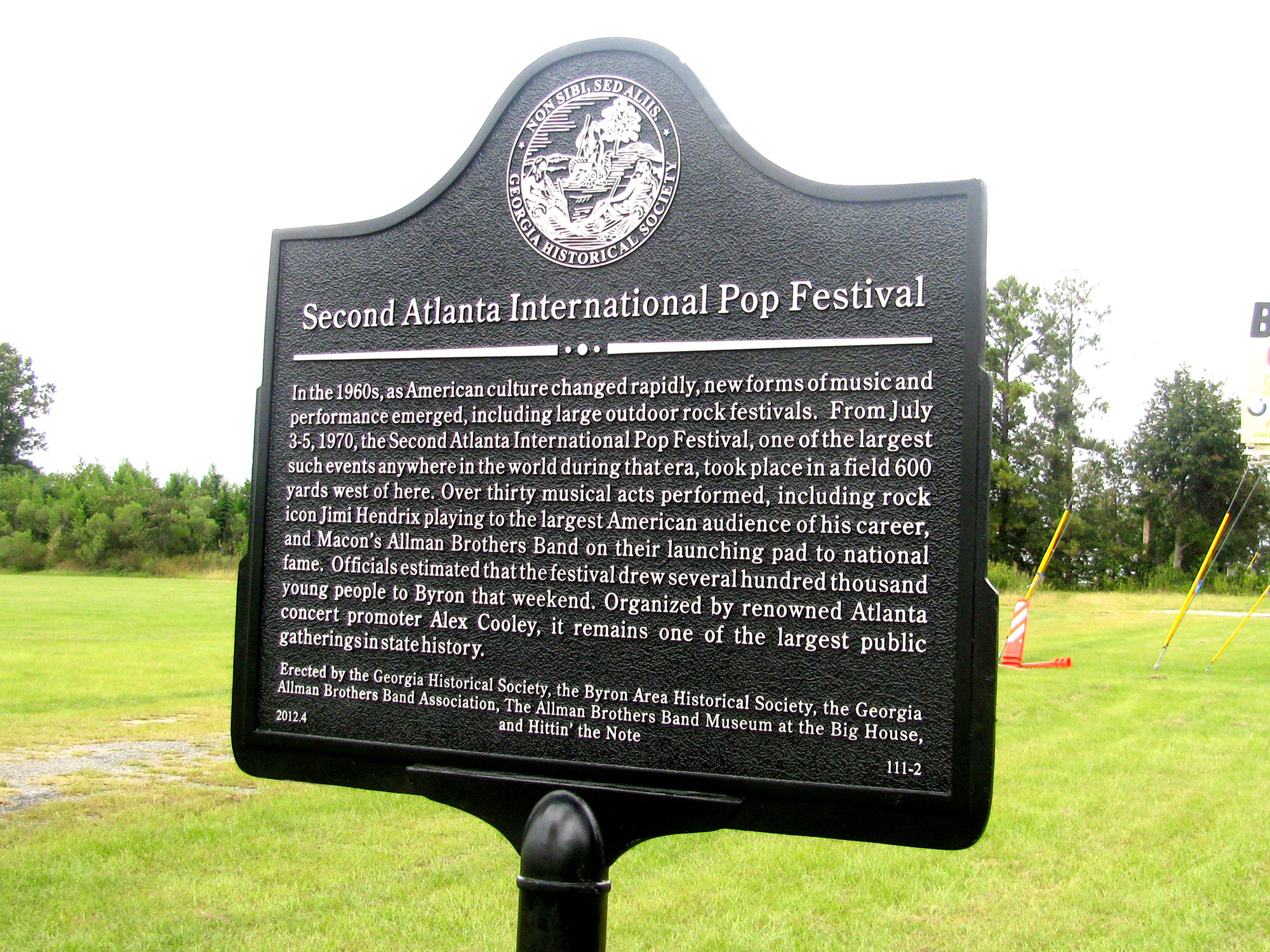 Although they shared the bill with guitar heavyweights such as Jimi Hendrix and B.B. King, the Second Atlanta Pop Festival, held outside the Middle Georgia Raceway in Byron in June 1970, is best remembered for the Allman Brothers Band's pair of genre-defining sets. Today, the spot is marked by an official state marker commemorating the event and its importance to the Allman Brothers Band's career. 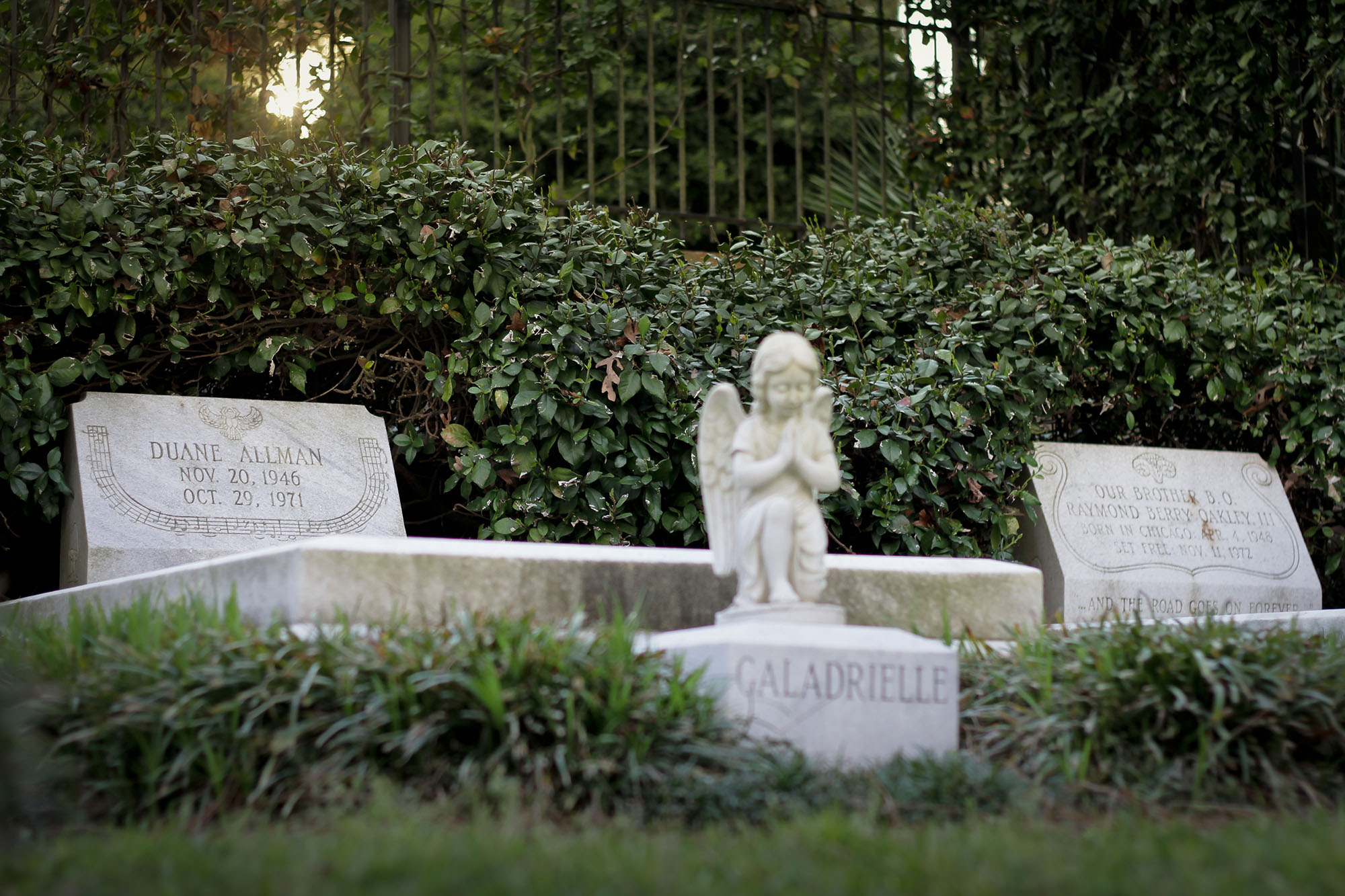 For years, Allman fans have made the pilgrimage to the fenced final resting place of both Duane Allman and Berry Oakley. In June 2017, Duane's brother Gregg was buried next to his brother. Fans may also want to seek out the grave of Elizabeth Reed Napier, which inspired the Allman Brothers Band song "In Memory of Elizabeth Reed."

Steven Uhles has more than 20 years experience as a journalist and critic specializing in the worlds of music and film. Nearly a native, he has called Augusta home since 1980, and his local arts column – Pop Rocks – has run in the Augusta Chronicle for more than 15 years. His work has also appeared in The ’hamster, Georgia Music Magazine and in newspapers around the country. He lives in Columbia County with his wife and two children. 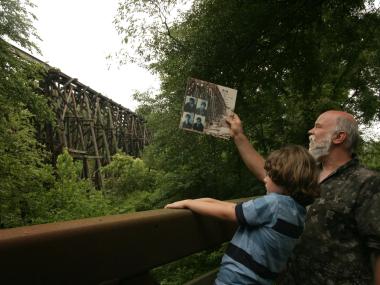 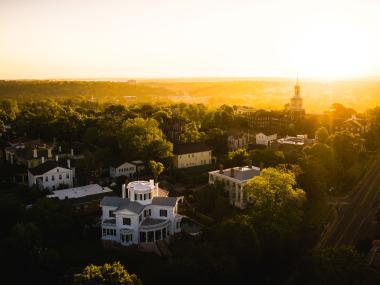