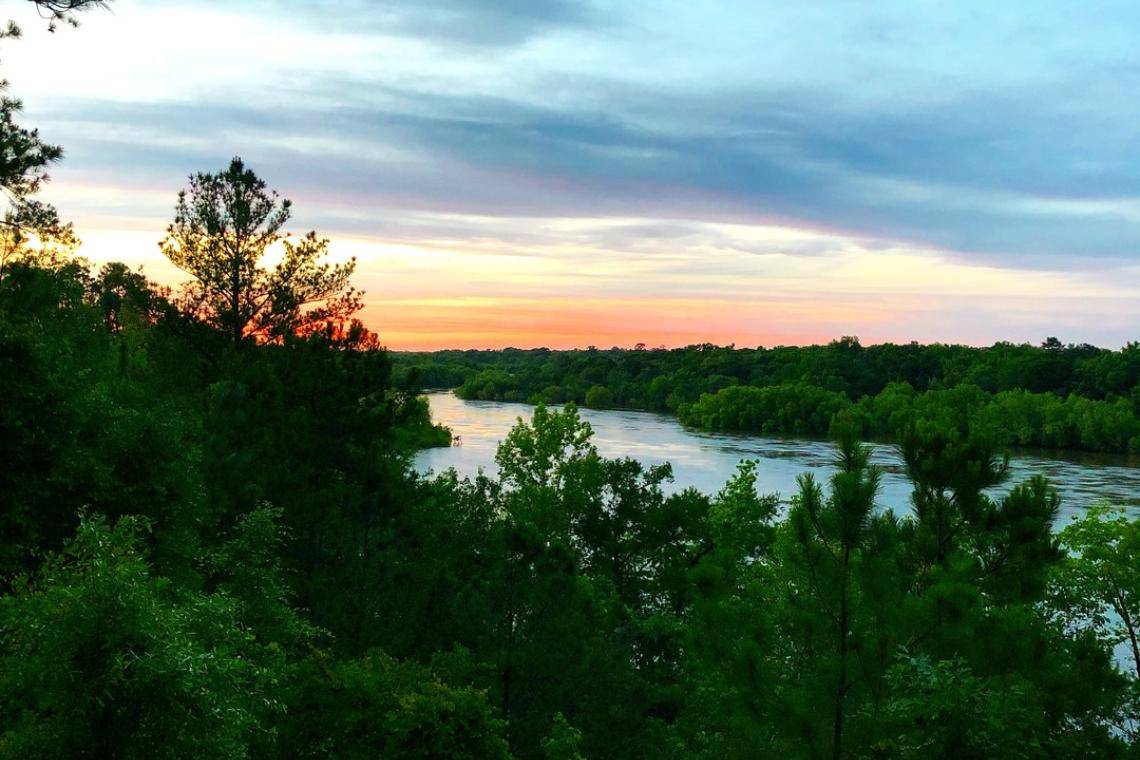 Sunset over the Altamaha River 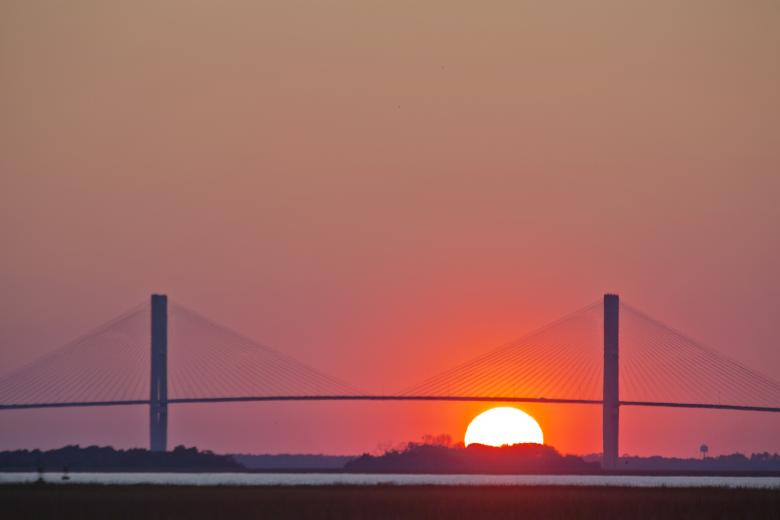 Leave the interstate traffic behind and hop onto a portion of the route used during the early 20th century by Canadian and Midwestern vacationers seeking the sunny south. The route follows Coastal Highway U.S. 17 through Richmond Hill south to Darien, past Butler Island to the port city of Brunswick.

Detour here to St. Simons Island and Sea Island, or cross the Sydney Lanier Bridge to the causeway entrance for Jekyll Island.

Fun fact: In 1717, Scottish nobleman Sir Robert Montgomery named a section of the Georgia coast the “Golden Islands.” Others fancy the name originates from the changing hue of the marsh grass in autumn. 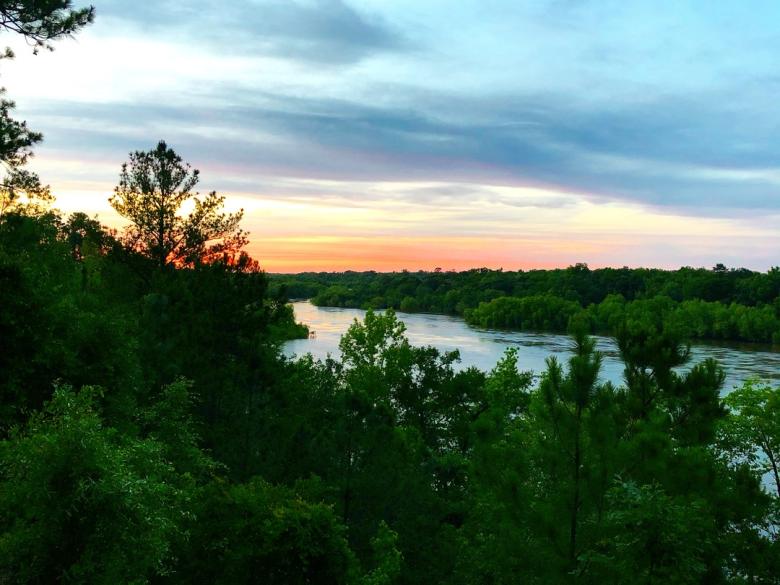 Founded almost a century ago, the Woodpecker Trail is among the oldest planned tourist routes in the United States. Traveling along Georgia State Route 121 and named for the abundant woodpeckers inhabiting the nearby pine forests, the Georgia portion of the drive is 204 miles, passing through such charming towns as Folkston, Metter, Waynesboro, and Augusta.

When you reach the Altamaha River in Reidsville, stretch your legs as you explore more than 125 species of rare and endangered flora and fauna.

In Metter, check out Guido Gardens, which boasts three acres of footpaths, waterfalls and a 24-hour prayer chapel. The historic town is also home to a 1902 train depot and 1928 commissary. 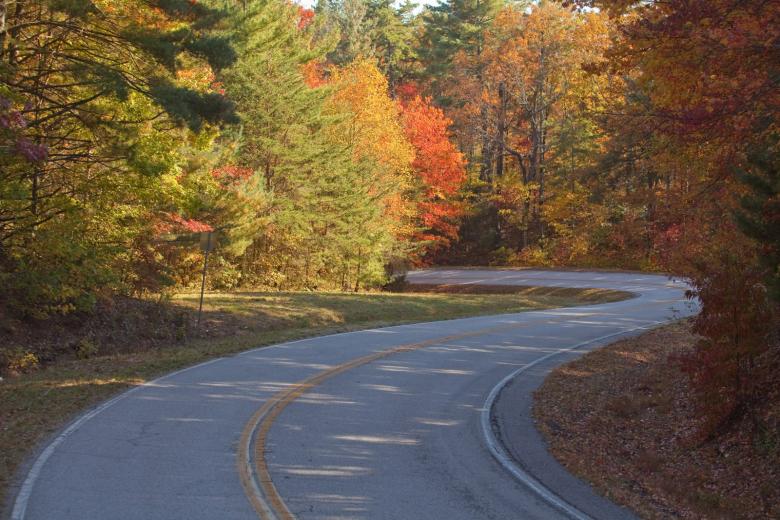 Wind through the mountain gaps and valleys of the Southern Appalachians, stopping for Kodak moments along the way. One of the best is atop Brasstown Bald, the highest natural point in the state and an ideal spot to watch the leaves turn brilliant colors in the fall.

Be sure to pack a lunch for this drive: There are numerous picnic spots at the scenic overlooks.

If the weather is nice and you feel like some exercise, tackle the nearly two-mile round-trip hike to Dukes Creek Falls or a portion of the famed Appalachian Trail at the Hogpen Gap trailhead before hopping back in the car to continue your scenic drive.

Fun fact: On a clear day, you can see Atlanta from the peak of Brasstown Bald, even though it’s more than 100 miles away. 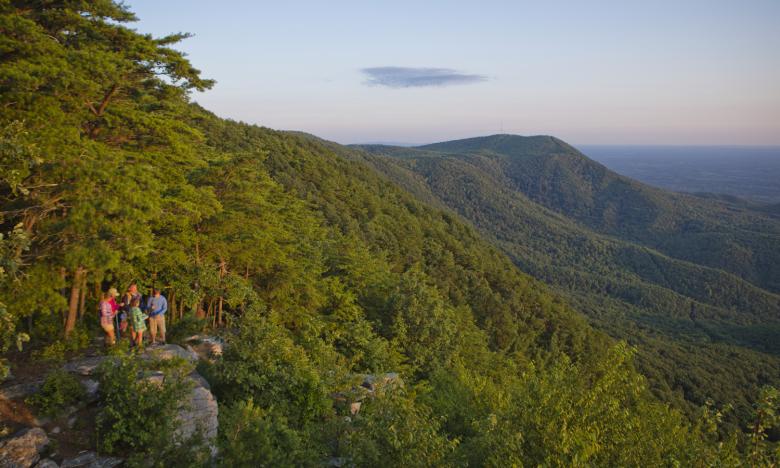 Spanning from Cohutta to Ellijay, the 56-mile Cohutta-Chattahoochee Scenic Byway travels through the Chattahoochee National Forest, plus a number of charming towns.

At Prater’s Mill in Dalton, observe a working 19th-century gristmill and cotton gin, and pick up goodies at the general store.

After leaving Dalton, drive east to Chatsworth, where you can break for lunch and explore the Chief Vann House Historic Site, a restored mansion built in 1804. This town is also home to Fort Mountain State Park, a great place to stretch your legs on a trail (there are more than 3,700 acres of them).

Finish your road trip by picking apples in Ellijay, Georgia’s Apple Capital, where you may also buy jams, jellies, and baked goods to take home. 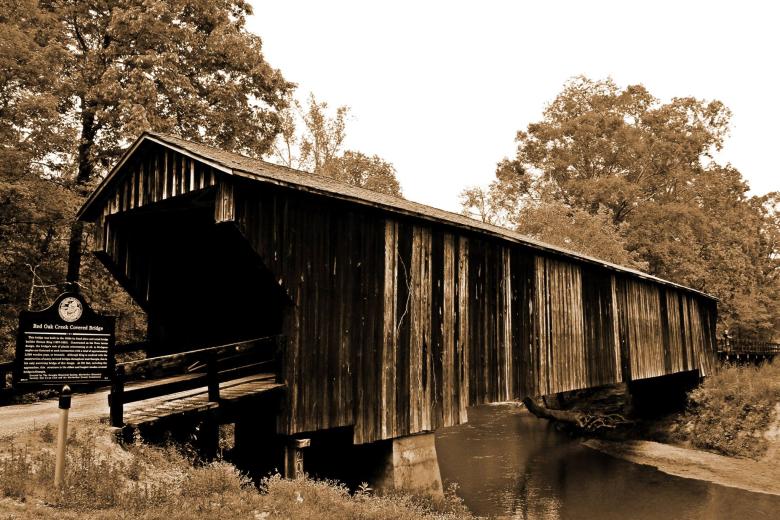 Named for the two counties it travels through, the Meriwether-Pike Scenic Byway highlights an area known as the Cove, once home to Native Americans, bootleggers and even an American president.

The 55-mile route begins at Warm Springs, the location of President Franklin Delano Roosevelt’s Little White House, and continues north through Gay, south to Molena and Manchester, and then back to Warm Springs.

In Gay, highlights worth parking for include Oakland Baptist Church and Jones Mill, where a large gristmill and millpond are all that remain of a once-bustling farm community.

Fun fact: The area traversed by the Meriwether-Pike Scenic Byway was carved out of the earth by a meteor impact billions of years ago. In the 1970s, it was home to an extraterrestrial research station. 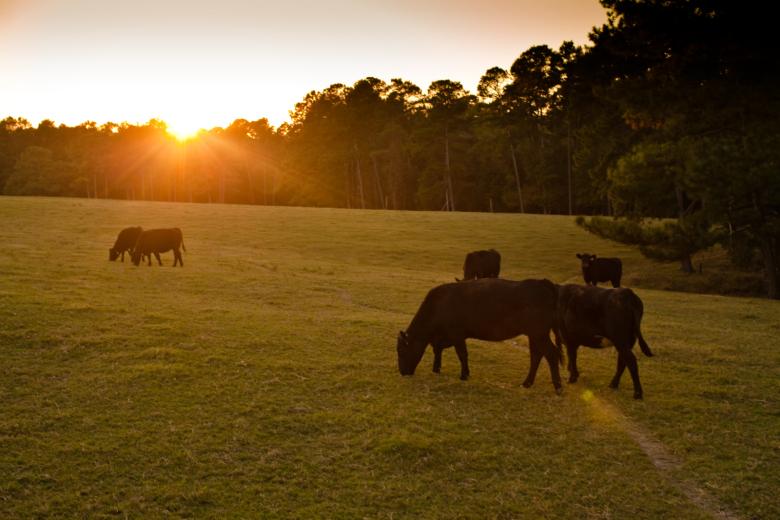 You’ll feel as if you’ve traveled back in time when you drive by more than 60 rolling miles of pastoral farmland in Pulaski and Wilcox counties on the Enduring Farmlands Scenic Byway. You’ll pass the historical towns of Hawkinsville, Pineview, Rochelle, and Abbeville, which produce timber, peanuts, watermelons, pecans, poultry, cotton, sorghum and more.

Stop into a local farmers market or festival, or explore the Ocmulgee River in Hawkinsville or Abbeville. Interested in historical architecture? The Hawkinsville Historic Opera House is a must-see. Built in 1907, it’s on the National Register of Historic Places and underwent $1.7 million in renovations in 2000.

While you’re in Hawkinsville, stop by the Lawrence Bennett Harness Horse racetrack and watch the harness horsemen train trotters on the clay track October through April, preparing for qualifying races in April during the annual Hawkinsville Harness Festival.

Fun fact: Abbeville, a stop on the Enduring Farmlands Scenic Byway, is famous for its large population of wild hogs and is referred to as the “Wild Hog Capital of Georgia.”

Written by: Gianna Smith Bedford
You May Also Like 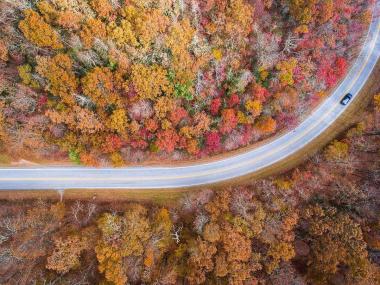 Fall is the most wonderful time of year in North Georgia, with apples ripe for... 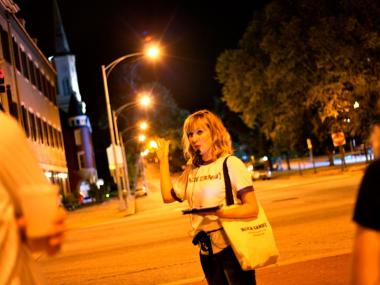 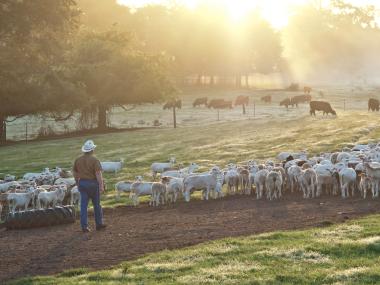 Pick berries, stock up on Southern staples and more on a scenic drive on Georgia Grown Trail 37.