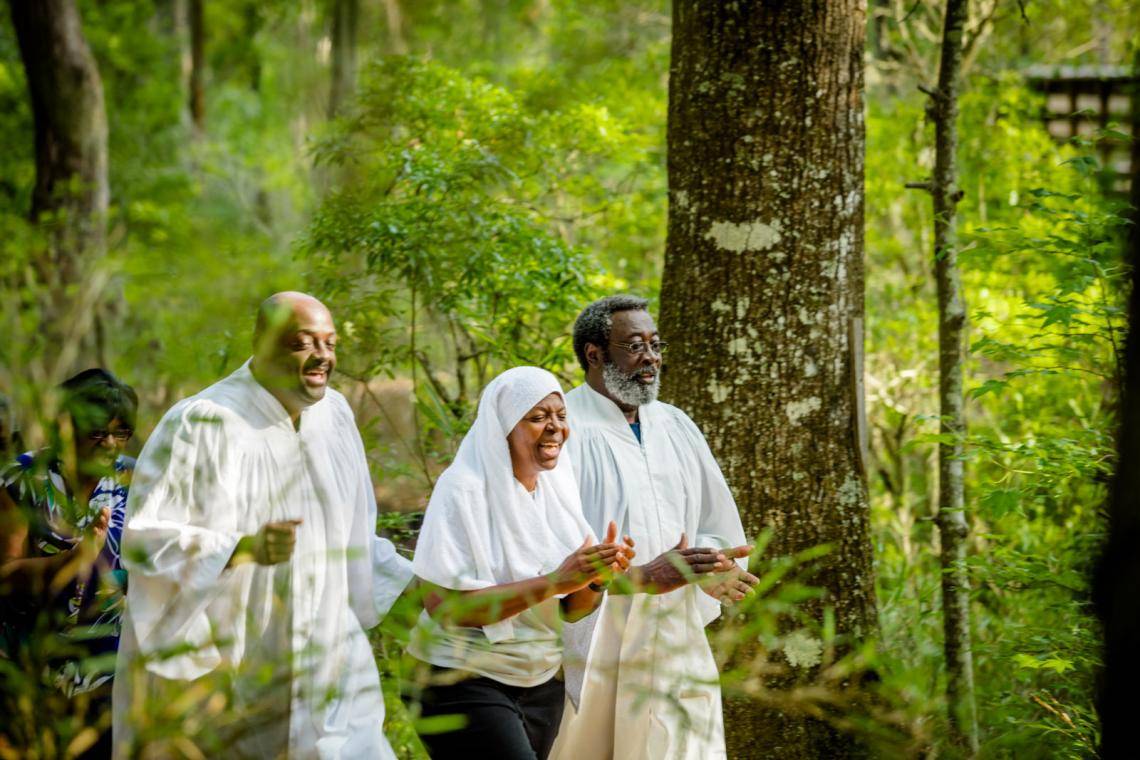 Start on the coast and travel to Atlanta to commemorate and celebrate Georgia's African American heritage with these group tour stops.

Georgia holds a significant place in African American history in the South. With a multitude of notable historic sites, coupled with Atlanta's Center for Civil and Human Rights, Georgia is a destination for those who seek a deeper understanding of the black experience. From civil rights icons Dr. Martin Luther King Jr., Andrew Young and John Lewis to such music legends as Ray Charles, James Brown and Otis Redding, black history is vibrant in Georgia, where significant efforts to both preserve and celebrate that legacy have resulted in rich ways to experience this important heritage. 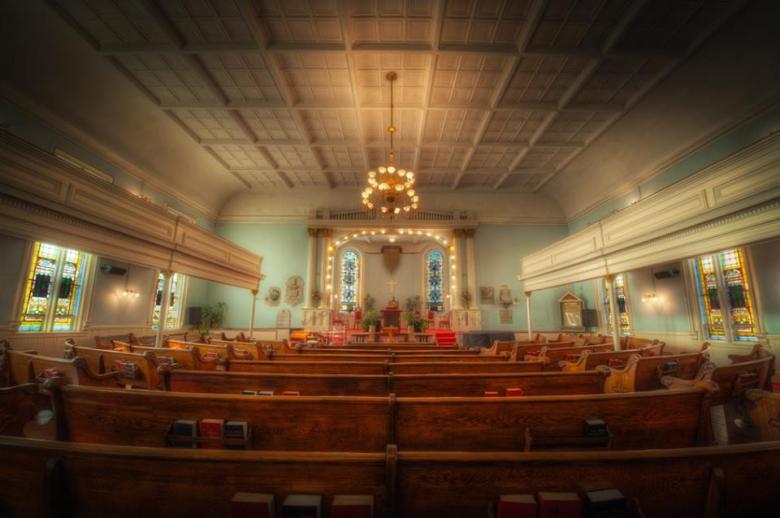 The Dorchester Academy and Museum, Midway
Founded in 1870 to educate local freed slaves, this academy continued operating until 1940. The Southern Christian Leadership Conference used the only surviving building—the boys' dormitory—in 1961 for its Citizenship Education Program. Two years later, Dr. Martin Luther King Jr. went there to plan the historic Birmingham campaign. The building now houses a museum and offers guided tours that include the sleeping quarters once used by Dr. King.

Historic Baptismal Trail, Riceboro
A 105-foot bridge leads to a platform overlooking a pool of water that is sacred to local Geechee communities. Records show that slaves were baptized here as far back as 1840, and it continued to be a place for baptisms for a century. The site includes interpretive signage that delves into the history of the site and the surrounding nature offerings.

Pin Point Heritage Museum, Savannah
On the banks of the Moon River south of Savannah, the tiny fishing community of Pin Point was home to an isolated Gullah/Geechee community founded by first-generation freed slaves. Once the site of economic centerpiece A.S. Varn & Son Oyster and Crab Factory, the museum focuses on the Gullah/Geechee culture, from religion to food to history to their deep connection to the water. Guided tours are available for groups of 10 or more.

First African Baptist Church, Savannah
The oldest black church in North America was founded in 1773, and the current sanctuary was built in 1859. The light fixtures, baptismal pool and 1832 pipe organ are all original to the building, and slaves built the balcony pews. Beneath the lower auditorium floor is a hidden space once used by slaves to escape to the Underground Railroad. There are two daily tours Tuesdays through Saturdays; group tours must be scheduled in advance. 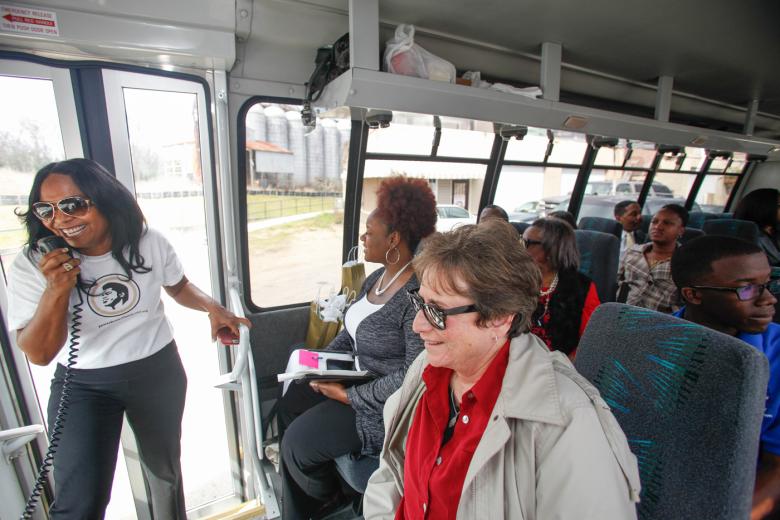 James Brown Family Historical Tour, Augusta
Augusta was the hometown of the Godfather of Soul, and every Saturday, the James Brown Family Foundation hosts a two-hour bus tour led by a Brown family member to the places important to the singer's legacy. Tours include Brown's elementary school, his childhood home, the James Brown Statue downtown and the James Brown Arena. The tour ends at the Augusta Museum of History, which houses the world's largest exhibit of James Brown memorabilia. Special group rates are available with advance booking. jbtour.jamesbrownfamilyfdn.org

Augusta Museum of History, Augusta
The star of the museum is its permanent James Brown exhibit, featuring stage costumes, photographs and other memorabilia. Guests may also explore the role that African Americans played in the city's history in the Augusta's Story exhibition, which takes a chronological look at how the area has evolved. Guided tours and special rates for groups of 10 or more may be booked at least three weeks in advance.

Lucy Craft Laney Museum of Black History, Augusta
A Macon native, Laney knew education was the key to real freedom for African Americans. She started the first school for black students in Augusta in 1883, and later the first kindergarten, then the first nursing school. Housed in her former home, the museum includes exhibits documenting the history of African Americans in Augusta. Sign up for the one-hour Black Heritage Trolley Tour, which takes visitors to more than 30 historic sites around the city. Guided group tours are available with advance booking. 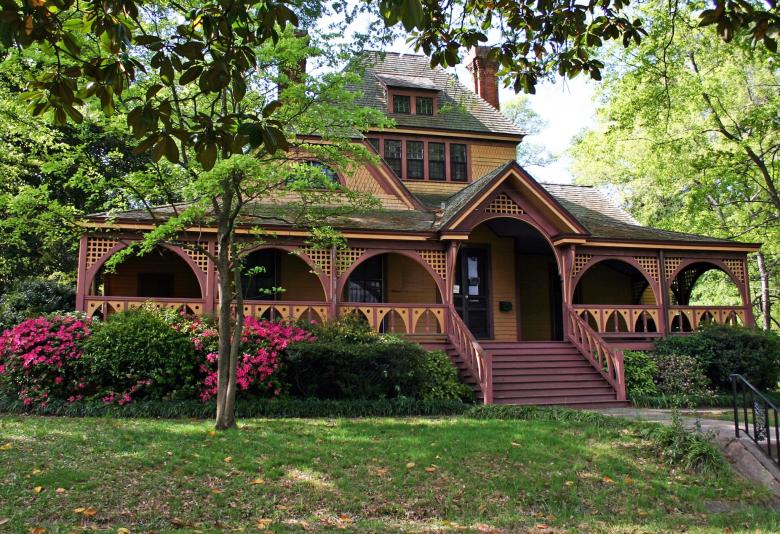 Historic West End Walking Tour, Atlanta
One of Atlanta's oldest neighborhoods, the West End became a center for African Americans in the 1960s. These days, it's also notable for its proximity to the BeltLine and the new Mercedes-Benz Stadium. Insight Cultural Tourism offers a historical walking tour of the area that includes the Wren's Nest, home to author Joel Chandler Harris, who explored African folklore through his Uncle Remus stories, and the Hammonds House Museum, which celebrates artists of African descent. Custom group tours may be arranged with advance notice. facebook.com/insightculturaltourism

APEX Museum, Atlanta
The APEX is the only museum in Atlanta that is solely dedicated to the African diaspora. APEX celebrates historic "Sweet Auburn" Avenue, once the heart of African American life in the city, from the Atlanta Life insurance offices of former slave Alonzo Herndon to the Royal Peacock Club, where greats such as Sam Cooke and Otis Redding performed. Groups of 10 or more may schedule the museum's storyteller-in-residence in advance.

Center for Civil and Human Rights, Atlanta
This cutting-edge museum looks to the past with sobering exhibits on the civil rights movement (including "White" and "Colored" signs from the Jim Crow era and 13,000 items in the Morehouse College Martin Luther King Jr. Collection). It also explores the global quest for human rights since World War II. Special rates for groups of 10 or more with two weeks notice. Some exhibits are not recommended for children under 10. 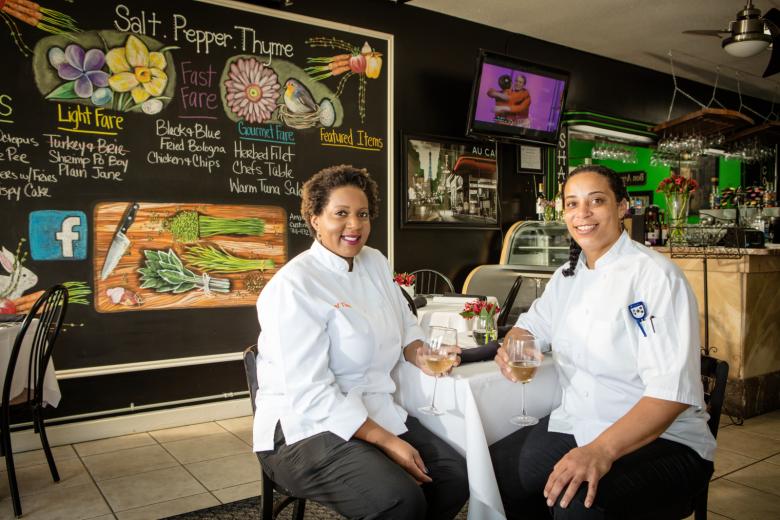 Don't-Miss Dining: Salt. Pepper. Thyme, Kingsland
The name alone says this is not a typical Southern comfort food restaurant. Though the menu includes burgers, baked macaroni and cheese, and collard greens, it also features unexpected dishes such as Beef Wellington and truffle fires. Salt. Pepper. Thyme. has a farm-to-table ethic that makes it a welcome oasis among the fast-food offerings along I-95.

Must-Stop Shopping: Artists Row, Augusta
Part of the revitalization of Augusta's historic district, Artists Row is the gem of downtown with galleries, working art studios, specialty shops, coffee houses and restaurants. This is the place to grab refreshment and browse for one-of-a-kind handcrafted items such as glasswork, sculpture, crafts, photography and jewelry. 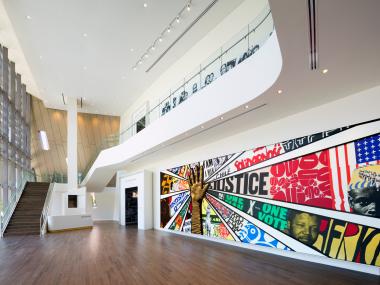 Experience and honor the state of Georgia's rich Black history. 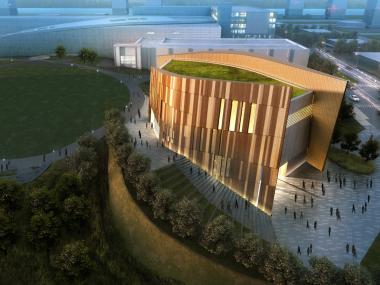 Georgia is home to African-American heroes, legends and legacies